Two years ago, in July 0f 2007, we warned our readers this was coming when we said the following: “There is an election coming next year. You can bet the farm that if Democrats maintain control of both houses of Congress and gain the Presidency as well, the Fairness Doctrine WILL be re-instated ASAP! That is a given!” Well, it happened, and now, just four months into the “Obama regime,” and the FCC is moving to do just that.

On May 7th, 209 the new Diversity Committee of the FCC met. There is not much diversity on the Diversity Committee. Reports describe it as a group made up of a long list of left wing grievance groups and just a handful of actual “broadcast people” thrown in for… uh… diversity.” In an article titled: FCC Announces May 7 'Diversity Committee' Meeting - Behold a New 'Fairness' Doctrine by Seton Motley, Mr. Motley says: “Not a single conservative organization is taking part in this Commission - more than a dozen Leftist groups are. A little ironic for a "diversity" panel, is it not?” You can read the entire article HERE. 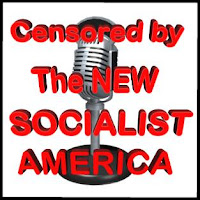 Look, One of the chief concerns of the left is freedom of speech. It is extremely troublesome for them. In order for the left to thrive they must control the flow of information to the public. They must neutralize the broadcast media. There are no “Ifs,” “ands,” or “buts’ about it. And that is exactly what the Left is trying to do with this NEW “Fairness” (“Diversity”) Doctrine. They intend to neutralize the Broadcast Media.

On February 26, Illinois Democratic Senator Dick Durbin – a champion of the old "Fairness" Doctrine - sponsored an amendment, which passed with a 57-41 Party-line vote. Durbin’s amendment forces the FCC to "take actions to encourage and promote diversity in communication media ownership and to ensure that broadcast station licenses are used in the public interest."

The Broadcast Media has always been a powerful force for freedom. It is truly the voice of the people. THAT is what makes it SO Dangerous to the left. Therefore, they intend to shutdown radio that insists on broadcasting conservative thoughts and ideas. 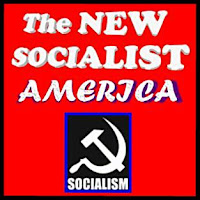 We told you months ago they next attempt to impose the left’s control of the airwaves would not be called The Fairness Doctrine. Well, it is not. It is being referred to today as “Media Diversity.”

So who is UnFairAir? Well their website says:” UnFairAir is the web-based component of the newly-formed Free Radio Coalition, a non-profit coalition of free-press advocates and radio-people — hosts, producers, engineers and ad sales people, small station owners and network managers — whose jobs are at risk due to new threats of censorship. UnFairAir will fight for freedom of the press and freedom of audiences to listen and call in — to participate in America's free marketplace of ideas.

“Talk” is the economic driver for AM radio, especially in small towns and rural America. If “Talk” gets censored, “Talk” gets killed and AM radio dies with it. The current political target is conservative talk radio, but it won't stop there.

UnFairAir gores on to say: “Government censorship has many disguises. By whatever name — “Equal Time,” “Localism,” or the Orwellian “Fairness Doctrine,” — it is censorship and un-American. Sadly, in the wake of the 2008 elections and FCC changes, powerful politicians in Washington have become emboldened to press for direct or creeping censorship of news and talk radio.

UnFairAir says they will “help thousands of radio professionals preserve their jobs, and millions of radio listeners rally to help save a critical part of America's free press: radio.”

We urge you to visit the website of UnFairAir HERE.

The First Amendment guarantees Americans the right to freedom of speech. It does not, however guarantee Americans they will be listened to and agreed with.

A blog, on the Internet, is a perfect example of the way the Freedom of Speech thing works. It is also an example of my not having the right to be heard! I can make my opinions known here and you can decide whether you want to read what I have to say, or not. There are no guarantees.

We continue to warn our fellow conservative bloggers that our time is coming. It is only a matter of time before the left comes after conservatives on the Internet. You can bet your bottom dollar they are burning the midnight oil in skull sessions racking their brains for a way, anyway, to shut us up.

As a retired broadcaster and a long-time blogger, I understand the power of speech… disseminating an idea to listeners and readers. I do not want to see that right taken away. But, as I sit here at the keyboard today, I am convinced that the left is on a campaign to do just that. They, in my opinion, intend to censor the right, to shut us up. They will brook no resistance to their left wing, socialist plans for America.

But, hey! This is what America voted for last November. Remember? Change! Well, we got it! We have already changed from Democracy to Socialism. We are changing from a world super power to, basically, just another banana republic, and just another third world country.