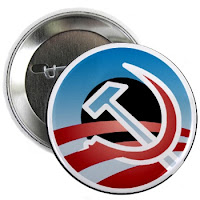 Norman Thomas, a U.S. Socialist Party candidate for president, once famously said, “The American people will never knowingly adopt Socialism. But, under the name of ‘liberalism’, they will adopt every fragment of the Socialist program, until one day America will be a socialist nation, without knowing how it happened.”

Thomas ran for president six consecutive times from 1928. He needn’t have bothered as Franklin Delano Roosevelt and subsequent Democrat Presidents introduced most of the planks of the Communist Manifesto and we live with them to this day.

The Occupy Wall Street youngsters are the latest foot soldiers of Communism, though it is likely most are too ignorant to realize it. They have been so thoroughly indoctrinated in government schools and by Hollywood and the media that they have no idea how they are being used by labor unions and other leftist organizations.

The protesters are likely unaware of the misery and murders Marx’s Communism imposed on Russia courtesy of Lenin, Stalin, and those who followed in their footsteps. Mao's Red China murdered thousands as well in the pursuit of the “equality” that is the alleged goal of Communism and liberalism.

In 1848, Karl Marx and Frederick Engels wrote “The Communist Manifesto.” Marx never held a job in his life, living off of donations from Engels and others. He failed miserably at every enterprise he tried, including publishing newspapers.

The Manifesto had ten planks. The first was the abolition of property in land and the application of all rents to public purposes. Anyone who owns land in America for their homes or any activity such as farming or mining knows that they must pay fees to various levels of government. Even in death, inheritance taxes are a penalty imposed on passing property to one’s children. These taxes were the subject of the Manifesto’s third plank which called for the abolition of all rights of inheritance.

The second plank is one that is very much in the news. It is a heavy progressive or graduated income tax. Everyone pays income taxes and there are demands that “millionaires and billionaires” pay more than others. Corporate income taxes in the U.S. are among the highest in the world. In the Supreme Court decision, McCulloch v Maryland Webster, Chief Justice John Marshall said that the power to tax is the power to destroy. Too much taxation is one of the reasons the nation finds itself in its current financial crisis as it is directly connected to whether people will invest in new businesses or existing ones and destroys job creation.

The Manifesto called for the centralization of all means of communication and transportation in the hands of the state and the U.S. government is replete with commissions that achieve this goal. The fifth plank called for the centralization of credit in the hands of the state and, ladies and gentlemen, I give you the Federal Reserve, a system of privately owned banks that have a monopoly on the creation of money backed solely by the credit of the government. Standard & Poors recently downgraded the nation’s credit rating. Is there really any gold in Fort Knox? One hopes.

Most famously the Manifesto called for the state to own all factories and instruments of production. Instead of merely permitting the standard practice of bankruptcy to occur so that they could be restructured, the Obama administration stepped in and “bailed out”, i.e. took ownership of General Motors and Chrysler companies. Creditors were kicked to the curb.

The tenth plank of the Manifesto called for “free education for all children in public schools and the combination of education with industrial production.” The Occupy Wall Street protesters are the result of government schools whose purpose is to create a docile work force that, along with various government “entitlement” programs provides for a cradle-to-grave submissive workforce.

But the Occupy Wall Street protesters, you say, hardly seem submission, nor do the unions that we’ve seen occupy the state house in Wisconsin, call for strikes, and other forms of worker protests. Intimidation in the quest for the Manifesto's objectives is a Communist tactic.

The protesters are calling for free college educations. The unions were protesting against the loss of collective bargaining with governments that determine their pension and health benefits, all paid for with public funding.

Little wonder the protesters are being embraced by the Democratic Party and unions, and that those spoiled brats befouling the walkways, streets, and alleys of New York and other cities are totally oblivious to the way they are being used.

Americans better insist that Capitalism emerges stronger from this latest spate of organized anarchy. If not, Karl Marx and the foolish liberals will succeed in destroying what is left of the nation.

© Alan Caruba, 2011
**********************
Alan Caruba's commentaries are posted daily at "Warning Signs" his popular blog and thereafter on dozens of other websites and blogs. If you love to read, visit his monthly report on new books at Bookviews. To visit his Facebook page, click here For information on his professional skills, Caruba.com is the place to visit.
Posted by Longstreet at 10/15/2011 03:03:00 AM