The Most Boring Celebrities of 2011 ... Alan Caruba

The Most Boring Celebrities of 2011 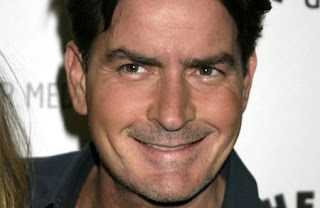 “Charlie Sheen is the poster boy for doing everything possible to ruin one’s life,” says Alan Caruba, founder of The Boring Institute, naming him the biggest celebrity bore of the year, number one on its annual list.
“He was making scads of money for each ‘Two and a Half Men’ episode, so naturally he demands more and bad mouths the show’s producers. Not smart. But dumbest of all was all the drug use, alcohol abuse, womanizing, and incessant rants before and following being fired. That got very boring, very fast for everyone.”
This year’s list is (1) Charlie Sheen, (2) Lindsay Lohan, (3) Lady Gaga, (4) Arnold Schwartzenegger, (5) Anthony Weiner, ((6) Casey Anthony, (7) the cast of the , (8) Kim Kardashian,(9) Donald Trump, and (10) Occupy Wall Street
Number two on this year’s list is Lindsay Lohan. “Nobody cares anymore if she goes to jail for a day, a week, or a year. Despite jail time, rehab and community service, Lindsay’s bad attitude just gets worse.”
Number three is Lady Gaga. Caruba admits he has no idea why anyone takes Lady Gaga seriously. “Her life is an orgy of exhibitionism.”
Number four is former California Governor Arnold Schwartzenegger. “Nothing like a juicy scandal to ruin your marriage and reputation,” says Caruba. “It was good for a month’s worth of late night TV jokes. After that, the only joke left was .”
Number five is disgraced former Congressman Anthony Weiner.  ”His district, formerly Democratic, voted for a Republican to get rid of the stench.”
Number six is Casey Anthony. “The public took an understandable interest in the case of alleged child murder, but the media milked it endlessly and will likely continue to do so. Coming to your hometown soon, books, a made-for-TV movie, and a line of Casey Anthony baby clothes.”
Number seven is the Entire Cast of Jersey Shore. “As the New Jersey Governor noted, these imbeciles come from out of state,” said Caruba, a native New Jerseyean. “Appealing solely to adolescents, time alone will rid us of this infestation.”
Number eight is Kim Kardashian. “Kim is gorgeous, but she filed for divorce a mere 72 days after tying the knot, making a sap out of him and everyone else,” says Caruba.
Number nine is Donald Trump. ‘’The Donald played rope-a-dope with the media again when he had them guessing if he would run for president,” said Caruba. “He never tires of being the center of attention.’’
Number ten is Occupy Wall Street.  ‘’They wore out their welcome so fast that the sale of tents plummeted after they were chased out of town.’’
Founded in 1984, The Boring Institute is a media spoof and clearinghouse for information about boredom. Its blog is http://theboringinstitute.blogspot.com. A business and science writer, Caruba is widely known for his popular blog, http://factsnotfantasy,blogspot.com, that recently exceeded a million page views. He resides in South Orange, New Jersey.
Posted by Longstreet at 12/24/2011 03:13:00 AM