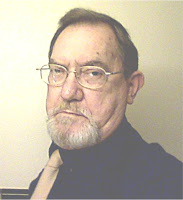 compromise that some warned could fracture the organization and lead to mass defections of members and donors.

This was a singular moment for the Scouts -- a "High Noon" moment, if you will, for the national leadership of the Scouts.  Seems to me they should have practiced what they have taught all these decades by taking a stand, as men, and doing the "right thing."

But, in my opinion, they did not.

See, there are very, very, few men of sterling character and conviction these days -- in any organization. Doing the right thing because it IS the right thing to do, is seen as quaint, and frankly, a little weird in modern America.  And it has taken a huge toll on American society.  It has hollowed America out.  It has removed our core and left us a limp relic of our former selves.  This latest decision by the BSA simply affirms that.

"On my honor I will do my best 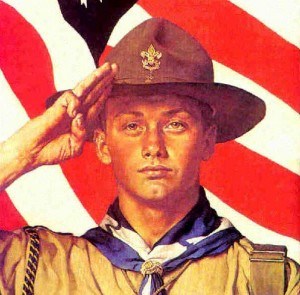 To do my duty to God and my country
and to obey the Scout Law;
To help other people at all times;
To keep myself physically strong,
mentally awake, and morally straight." (The Scout Oath)

I suppose the last phrase of the BSA oath above ( ... and morally straight) will, of necessity, be removed from the Scout Oath.

What a world we have created, eh?  The decline and fall of America certainly is painful to those with enough sense to see it for what it is.  The few Americans who retain situational awareness understand that America "is in an advanced state of cultural decadence." Let's face it:  We have become degenerate in mental and moral qualities.

As evidence (as if MORE evidence was needed) the problem the BSA has been wrestling with should not even be in question.  But we, as a nation have so deluded ourselves and so submerged ourselves in moral relativity (political correctness) and decadence that we are -- finally -- blinded to the truth.  It is all around us, but we can no longer see it.  We are simply too far gone.

"We are deeply saddened," said Frank Page, president of the Southern Baptist Convention's executive committee after learning of the result. "Homosexual behavior is incompatible with the principles enshrined in the Scout oath and Scout law."

The Assemblies of God, another conservative denomination, said the policy change "will lead to a mass exodus from the Boy Scout program." It also warned that the change would make the BSA vulnerable to lawsuits seeking to end the ban on gay adults.

'While I will always cherish my time as a Scout and the life lessons I learned, I am greatly disappointed with this decision,' he said."  SOURCE:  http://hosted.ap.org/dynamic/stories/U/US_BOY_SCOUTS_GAYS?SITE=7219&SECTION=HOME&TEMPLATE=DEFAULT&CTIME=2013-05-23-18-13-07

BSA youth membership has fallen from it's peak membership of a little over 4 million to the current roughly 2 and-a-half million.  According to the article cited above -- "Of the more than 100,000 Scouting units in the U.S., 70 percent are chartered by religious institutions."

And then there is this: "Boy Scouts' Woes Continue With Assault by Atheists"
"On the heels of the news that they caved in to pressure from the homosexual lobby and will allow participation by boys who identify as “gay,” the Boy Scouts of America (BSA) are facing a new assault, this time from the nation's organized atheists. On May 24 the Freedom From Religion Foundation (FFRF) fired a warning shot over the bow of the BSA concerning the group's requirement that both participants and leaders express faith in God. The godless group applauded the BSA's initial surrender to the demands of homosexual activists, but challenged the scouting organization on its decision to retain a policy that “bars atheist and freethinking members.”  SOURCE:  http://www.thenewamerican.com/culture/faith-and-morals/item/15526-boy-scouts-woes-continue-with-assault-by-atheists

No surprise here!  Weakness emboldens one's adversaries.  The BSA, in demonstrating their weakness last week, simply opened up the door for more assaults, assaults that will ultimately strangle the organization right out of existence.


They say that when one door closes another opens.  Seems to me a door just opened for an entirely new organization for young men and boys who want to be a member of a male youth organization that lives by the the standards espoused in the BSA oath. It can be done and most likely WILL be done -- and soon.