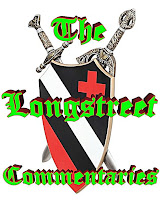 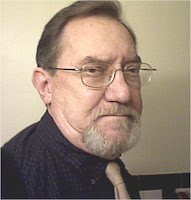 I wrote the commentary below -- and published it -- in late October of 2012, just days before the Presidential Election in November.  Here we are, some ten months later, and we seem no closer to the truth, or to answers for multiple questions that arose at the time of the incident.

So ... I'm publishing it AGAIN in the hope (vain, perhaps) that it will peak enough interest among readers that even more pressure will be brought to bear on Congress to stop fiddling around and begin playing hardball with the administration to force answers.

As you read below you will find that much of what I wrote ten months ago could just as easily have been written today ... that little has changed.  That fact alone tells us there has been -- and is -- ongoing obfuscation at a monumental level by the administration, in hopes (I believe) of leaving us baffled and/or bewildered.  Instead, it has left this scribe angry.

Our nation's honor has been besmirched.  The conduct of our government, on many levels, has been disgraceful and that disgrace has tainted our entire country.   Our national honor is in question.  And, dear reader, when a nation loses its honor, it has lost everything. 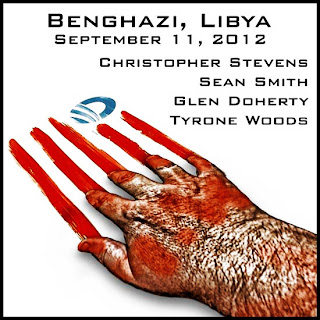 Whatever happen in Benghazi was wrong, terribly wrong, whether planned, or unplanned, or part of a plan, it should never have happened.  But it DID happen and it is an ugly part of our history that will never be successfully swept under the rug. Honest Americans will not allow this horrendous blot on our past to go unnoticed or to be sanitized by the historical revisionists who have dipped their poisonous pens into the inkwell of lies and deceit to overwrite distasteful and even illegal errors in judgment by our national leaders.

When, however, it is the national leadership instructing the obfuscation, the sanitization, and the revision of facts pertaining to one of the ugliest of incidents in nearly two and a half centuries of national existence, much of it as a global leader, the people on whose behalf the so-called leaders hold office, have a responsibility, yea, a solemn duty, to insist they be held accountable and/or removed from the high office of trust and leadership bestowed on them by the very citizens they have betrayed by their disingenuous actions or inactions.

H. L. Mencken once said:  "Honor is simply the morality of superior men."   Men of honor tend to be, in my experience, men of high morals and character.  Mencken also said:  "The difference between a moral man and a man of honor is that the latter regrets a discreditable act, even when it has worked and he has not been caught."  EXACTLY!

How fortunate this country was to have men of such high moral character and high standards of honor create, not only the founding documents of the country, but the foundation of the government itself.  It is simply beyond the scope of my understanding to envisage the gathering of these men in one moment in time, in one geographical location on the earth, in one particular struggle for freedom and independence, without -- repeat -- WITHOUT divine intervention.  I no more believe the congress of those men an accident of nature, or time, or circumstances,  than I believe the creation of man was an accident of nature.

I am, unabashedly, of the school of thought that America has had a divine mission since the toes of the earliest settlers settled into the wet sand of the beaches of our verdant continent.  It was, I believe, to offer the people of the world an example of how harmony between Providence and His creation could prosper a nation while the people of that nation maintained a close working relationship with their God AND their government and not succumb to the siren call of a theocracy.  Our new form of government would be responsible to the voice of God and to the voice of her people.

Now, however, our government has turned a deaf ear to both its principals.  It has become drunk on its own power and like unto a drunken man it is staggering and lurching into one disastrous situation after another, unable to resolve domestic or foreign problems as it relies solely on its own limited powers of understanding carefully camouflaged from itself by layers of shiny sparkling arrogance.

It is this ignorance, this arrogance, of America's leaders that brought us the horror of Benghazi.  And rest assured, it will bring more such disastrous incidents in our future.
Here, now, is what I wrote in October of 2012:
*********************
Benghazigate: What Are They Covering-Up? 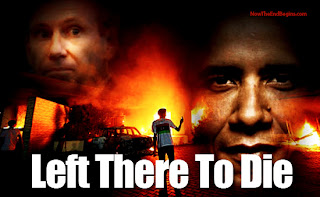 Repeat: Four Americans are DEAD. And as much as it pains me to say it -- it doesn't look as if our government made a genuine effort to save them.

I have watched, listened, and read as much as we have been allowed to know -- plus -- information gleaned by non-mainstream media sources, and I have concluded there is a major cover-up at the top levels of the US government over the incident in Benghazi.

Now, let me be clear: I am not an investigative reporter. That is not what I do. I am a commentator -- an opinion writer ... nothing more. I have deliberately "hung back" on any in-depth comments on the Benghazi affair simply because there always seemed to me to be more THERE there. In other words, it was obvious, at least to me, that we were only getting drips and drabs of what really happened and, I felt (and still do) that we have been told nothing of WHY it happened. But, dear reader, even Helen Keller could see there is a major cover-up surrounding the incident in Benghazi!

That CIA "safe-house" has troubled me from the very beginning of this horrible story. What was the CIA doing there? There was no embassy in Benghazi. In fact, the building attacked was not even a consulate. If anything, it was a "mission." Had it been an embassy, I'd not question a CIA presence. They are practically a part of the furniture in any US Embassy. But, as I said, this was NOT an embassy.

It now seems that the ex-SEALS were not attached to the consulate, but were assigned to the CIA "safe-house." They (laudably) went against orders and made a rescue attempt of the US officials and staff at the consulate -- and lost their lives in the attempt.

There is now a fog of misinformation spewed up and out by the Obama Administration in what -- in my opinion -- is an attempt to cover-up an on-going scheme/operation to smuggle weapons into Syria through Turkey.

A few weeks ago, there was a report that Libyan militia members had been ordered to turn-in the weapons that had been supplied them in their struggle to overthrow Qaddafi. That report confirmed that many of those weapons had been turned in. Where did those weapons go? Perhaps, to the Syrian rebels?

It is the kind of operation the CIA would be up-to-their-necks in and it would explain their presence on the ground in Libya in a safe-house a mile away from the consulate/mission.

I continue to cycle back to the question -- why was the Ambassador THERE , alone, without a security detail, at that particular time, meeting with a high Turkish diplomat. Remember, this was on September 11th. If there was going to be an attack by terrorists -- September 11th would be the day for it.

Now, I'm just hypothesizing here. I have no idea, at this point, what was really going on. But, I have confidence in my opinion that there was a covert operation underway -- one so black that sacrificing the lives of four Americans was deemed "worth it" by our leaders in Washington. 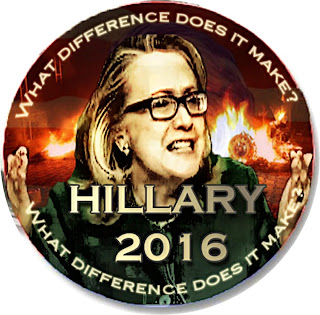 Look. The cover-up of "Benghazigate" is far more important that Watergate ever was!

It is what it is. The Mainstream Media in America is an organ of the political left -- as is President Obama. There is simply no way we are going to get anything approaching impartial reporting or a REAL investigation of Benghazigate from the MsM.