Just how much can the ~Gun Grabbers~ really do? ... by Texas Fred 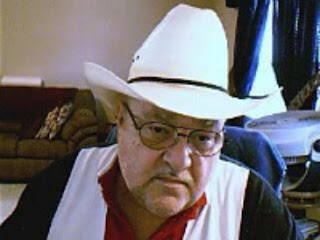 Just how much can the ~Gun Grabbers~ really do?
By: Texas Fred
*********************
Other than run their heads, look stupid and scare people, just how much do the gun grabbers really think can they do? Just what can they actually accomplish?
How many gun owners are there in the United States of America?
Most estimates range between 39% and 50% of US households having at least one gun (that’s about 43-55 million households). The estimates for the number of privately owned guns range from 190 million to 300 million. Removed those that skew the stats for their own purposes the best estimates are about 45% or 52 million of American households owning 260 million guns). SOURCE
Almost half of the homes in America are gun owners according to that little statistic.
Given the fact that many of those households are at least *2 person homes* and assuming that they are quite likely to have more than one gun per household, I would say that these are conservative figures.
Suppose the current Attorney General, Eric Holder, were to issue an edict ordering ALL Americans to turn in their guns? Suppose *The One* forces our lawmakers into reinstating the AWB? Suppose Obama and Holder decide to enter a period of Totalitarianism and take full control of the citizens of this nation?
Who is going to enforce this edict? The BATF?? The FBI?? Maybe the Army or the National Guard? Maybe State, County/Parish or Local police??
I wouldn’t put it past the FBI or BATF to try, they are nothing more than Federal automatons anyway. They will blindly follow the orders of *The One* and sacrifice themselves in the process.
Our Army and National Guard, as well as our police forces, are made up of regular, every day *Joe’s* and *Jane’s*, folks just like you and me. They work, they live, they have families, they pay taxes and they are just all around plain folks. Most of them are *sport* shooters. Many of them are hunters. Many of them have friends and families that are shooters and hunters, people that are simply *sportsmen*.
I have absolutely NO faith of any kind when it comes to the depravity of our federal government and their minions in suits at the various *Alphabet* Agencies! None!
I do, on the other hand, have great faith in our soldiers and police officers, and their desire to stand by the American people, their homes, their families and friends! I do have the greatest confidence that they will honor their oath to ‘defend against ALL enemies, both foreign AND domestic’. I have total faith that our troops and law enforcement personnel will easily recognize the enemies of this nation for exactly WHO, and WHAT they are.
But suppose they don’t? What are they going to do with roughly 100 MILLION Americans that are gun owners and users? People that have absolutely NO intention of giving those weapons up? As our forefathers said in their day, “Live FREE or DIE”, “We must all hang together, or assuredly we shall all hang separately” and more recently, “Death before dishonor”.
The time is rapidly approaching America. Do we sit idly by? Do we engage in some pacifist type of peaceful protest in support of the 2nd Amendment by sacrificing ourselves to the fools on point in D.C. as we show our unarmed support for the 2A? Or do we stand as FREE men and women and fight for our freedom once again? Fight against those that DO intend on disarming this nation and taking us from being citizens to subjects?
My personal view is this: ‘I know not what course others may take; but as for me, give me liberty or give me death’, and given the fact that our military has taken so long to almost pacify Iraq, and has yet to pacify Afghanistan, nations approximately the size of Texas, if WE, The People don’t lay down and roll over, if WE, The People don’t willingly lay down our guns, HOW IN THE HELL is any of this going to happen to the gun owners of the U.S.A.?
The asshats in D.C. need to remember who they work for, We, The People put them in office, We, The People can damn sure remove them from office too!
http://texasfred.net/archives/3730