Preparing For America With A Socialist Government! 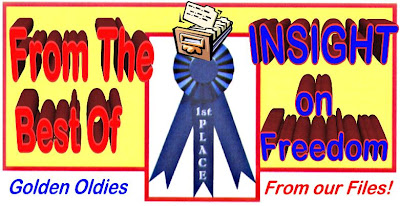 If you are a resident of America, and you happen to live in a home constructed in the 1950’s and 1960’s, we suggest you begin searching your back yards for what might appear as a ventilation shaft, protruding from the ground, for no apparent reason. If you find one of those, you’ll want to get out the ole shovel and start digging. You may be fortunate enough to have one of the thousands of underground bomb shelters built in America during that era.We suggest you dig down to it, open it, air it out, clean it out, and begin re-stocking it as soon as possible.


If you are one of the unfortunate ones, like me, and you don’t have one of those soon to be needed life saving shelters, you are going to need to go to the search engine of your choice and begin a search for plans for a family, or personal, bomb shelter, or fallout shelter.

You think I’m kidding, right? Not by a long shot! Have you been watching the news lately?

I mean, the Mainstream Media is already telling us the Democrat Party is going to win back the Presidency, and... if they do… you and I are going to need those bomb shelters! Putting the Democrats in charge of the US government is the equivalent of running up the white flag for the Islamofacists! They are just waiting for the Democrats to take over. They know that the Democrats have no earthly idea of what national security means and no hint as to what is required to protect the citizens of the United States, or, the Socialist States of America, soon to be followed by the Islamic States of America!

Nearly 80% of foreign policy experts say they are convinced the US is going to be hit again within the next few years. Do you want to take the chance that the hit will be non-nuclear, or nuclear? Ok, then, start digging!

(We decided to toss in directions to this website for those of you seriously considering a “shelter”. You will find it interesting, to say the least. Go HERE. )

I’m sitting just 50 miles from a busy east coast seaport, just 30 miles from the largest US Military Ammo Dump on the east coast, just 35 miles from a Nuclear Power Plant, and you think I’m not worried??? Each morning as the eastern horizon brightens at sunrise, I do a double take just to be sure it IS the sun!

It’s time to get on the ‘net and find those bomb shelter plans, and check the yellow pages for the dealer nearest you with backhoe rentals, and get to work. There’s not a minute to lose.

In a few months, after the Democrats win, a free America will be only a beautiful memory. That shining city on a hill will be darkened and will vanish. Man’s last, best, hope will be gone. The candle of freedom will be outed and the American Dark Ages will descend upon us under the much-anticipated Islamic Global Dominion (Or as we tried to warn America prior to the elections of 2006 and 2008… the Socialist Domination of America!). The only nation standing between freedom and utter chaos, will be gone… undone from within by a political party bent on power for itself and unwilling to admit it is completely incapable of leading, and protecting, the nation it claims to love.

Email ThisBlogThis!Share to TwitterShare to FacebookShare to Pinterest
Labels: Collapse of America, Socialism