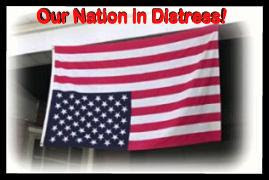 Tell me… what part of “…shall not be infringed” do the “Gungrabbers” not understand? Huh? They just skip right over that part of the law. Yes, the constitution is THE LAW.

For those of you who may be “language challenged” here is the definition of “infringed” from the Free Online Dictionary:

in·fringe
v. in·fringed, in·fring·ing, in·fring·es
v.tr.
1. To transgress or exceed the limits of; violate: infringe a contract; infringe a patent.
2. Obsolete To defeat; invalidate.
v.intr.
To encroach on someone or something; engage in trespassing: an increased workload that infringed on his personal life.


Now, I’m an old country boy and, to a country boy, that means, simply, that I have a right to own, and to carry (bear), firearms and there is not a damned thing you can do about it. That’s what it (the US Constitution) says and that’s what it means.

So how in the world do the leftists get away with all those attempts to take our weapons or to tax the heck out of the ammo… all the things that present infringements on my constitutional right to own and carry a firearm within the United States? How DO they get away with it? Well, that is an easy one. Our government is controlled from the office of the President, the Executive branch, right through the Legislative branch, the House and the Senate, right on up to, and including, the Judicial branch, the Supreme Court of the US, by leftists~ and~ lately many of them have let us see their true selves, which are socialists.

Americans are arming themselves as never before these days as they prepare for what they feel is coming. The “Tea Parties” the Mainstream Media tried so hard to ignore and to keep out of the pages of their newspapers and the broadcasts of their evening news shows, and the 24-hour cable news channels, are just the “warning shot” across the bow of the US government. Yes, the average American is frightened but he is also determined. Americans are determined that they will not give up their liberty without a fight. The government in Washington, somehow, seems to have missed this. Or have they? Personally, I am not so sure they HAVE missed it. I am beginning to think they not only are aware of it, but THEY ARE PLANNING FOR IT. Rumors abound that US troops are being trained to put down insurrection. (The very word itself sends chills down my spine.)

As a Southern American I live with an ancestral heritage of involvement in the last American vs American clash. It was a horrible time in the history of this continent. More Americans were killed in the war that ensued than in all the wars America has been involved in since it’s founding. It was brother against brother and it was merciless, bloody, and totally avoidable. (Much like what many are predicting is about to happen all over again.) We southerners have gaping wounds from that war, which have never healed, and never will.

Today, the average American senses his country is in distress. He senses his liberty is at risk, and he instinctively knows it will be left up to him, and to his neighbors, to man the barricades in defense of his country, his constitution, and his freedom. THAT is what is happening today. Americans are buying up weapons as fast as the manufacturers can turn them out and they are stocking-up on ammunition so fast that ammunition manufacturers, in some cases, have run out and, in others, there is a shortage of the most popular calibers of ammo.

Many Americans have taken to flying the American flag, outside their homes, upside down, which is an international signal of distress. It is also becoming the signal to others of like mind that here lives an American not afraid to defend his freedom.

Many conservative writers warned this would happen long before the election, IF Obama were elected. We were laughed off, scoffed at, made fun of, and generally disregarded as some sort of “gun nut.” Those who denigrated us then are not laughing now. They are, instead, trembling, and seeking protection from, who else, those in power in the government… the very same entity that brought us to this point in history.

The Americans purchasing weapons today are under no illusions as to what is about to happen in America. A large portion of those newly purchased weapons will disappear from the face of the earth. They will be cached away out of sight of those within the government who will be seeking to find them and seize them.

“Oh, they can’t take our weapons! The Constitution says so!” you cry. My reply” “Just watch!” Once the government has implanted the idea of domestic terrorism deeply into the psyche of the average American the stage will be set for a proclamation of some sort which will suspend the 2nd amendment and THAT’S when they will come after your guns. Most likely it will be a claim of SOME sort of “insurrection” within the population. Already, conservative bloggers, like yours truly, are being labeled as “Domestic Terrorist Bloggers.” Yes, the stage is being set even now. The players in Washington are in place and waiting. Don't belive me? Then you need to read the article titled: "Homeland Security on guard for 'right-wing extremists" at:
http://www.worldnetdaily.com/index.php?fa=PAGE.view&pageId=94803
I have no idea exactly how they will do it, but rest assured, they WILL DO IT!

Already, the “Gungrabbers” are looking for ways to further shred the constitution. They are offering such suggestions as:

A law allowing only one gun per household

Ammo clips would be limited to only three rounds each.

Placing extremely high taxes on ammunition. (Taxing by the round rather than by the box or the purchase)

Forcing federal registration of all firearms in America.

These are just a tiny, tiny, fraction of the ways they seek to do exactly what the constitution says they can’t do and that is to “infringe” upon your right to own and carry a firearm in America.

There is no denying America is no longer a united country. In name, of course, we are, but, frankly, that is all. The country is split right down the middle. We have, in fact, two Americas. Those who believe in freedom and cherish the idea of freedom and liberty and desire to protect the constitution and all it stands for… and… the other half… that covets a “new” America, a socialist country, where freedom is defined by the state, where the state replaces God, and the citizens are allowed to exist with only so much as they absolutely need to survive… and no more. In exchange the state will look after their needs (“Needs” also defined by the state) from the cradle to the grave. The so-called “Nanny State”. This defines America (as it is today) as I sit here at this keyboard and tap out his missive.

I had hoped my life would end before what is happening in America today happened. But, alas, it is upon us.

Back in the middle of the last century I took an oath, as I was sworn into the US Army, to protect the constitution. There was no expiration date on that oath. I feel as bound by that oath today as I did then. Many veterans feel the same way.

Woodrow Wilson, a former US President, once said: “Liberty has never come from the government. Liberty has always come from the subjects of it. The history of liberty is a history of resistance.” President Wilson was wrong about a lot of things. But on this one thing he was absolutely correct.