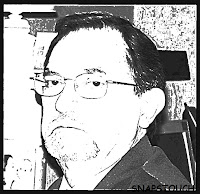 Freedom Is ALWAYS Better
A Commentary by J. D. Longstreet


I can't speak for anyone else, but I'm becoming more than a little suspicious of the government's motives when it comes to all the deeply secret things they are doing, or reported to be doing, to protect me and my fellow Americans.

There is an article HERE   entitled: "The NSA Is Building the Country’s Biggest Spy Center (Watch What You Say)"  that you need to read.  The article was brought to my attention by my good friend TEXAS FRED.

We have been telling our readers for many months of our concern that the US federal government is overstepping its authority and trampling on the constitutional rights of American citizens.   Of the most immediate concern to me is the government's monitoring of American's private communications.  If the article mentioned above is to be believed, now the government plans to not only monitor our communications, they are planning on storing them so they may be scanned at a later date.

My concern is that we, as a nation, have crossed an un-crossable barrier.   And now that we have, somehow, managed to cross that barrier, we can never hope to go back.

I am very troubled that the United States is on a steep dive into totalitarian governance.  Notice:  I did not say a slippery slope, I said ... a steep dive!

We made a hell of a mistake -- in my judgment.

We have given up our freedom and liberty, bit by bit, little by little, hardly noticing at first -- if at all -- and now we are on the verge of losing ALL our freedom.

A few people are beginning to take exception to US government intrusion in their lives.  More will take notice over time.  The question is:  when will it be too late? Even more important -- is it already too late to reverse the loss of America's freedom and liberty?

The first defense the government throws up, when confronted concerning their overbearing intrusion, is that our enemies are doing it.  Therefore, we must do it to be able to stay even with them and PROTECT American citizens.  They insist that it is all for the protection of American citizens.

All police officers know what "Protective Custody" is.  A person is place in police custody to protect them from known or unknown dangers.  That "protectee" loses his/her freedom just the same as a prisoner in a jail.   He's protected, alright, but he is also imprisoned.  He has lost his freedom.  And this is what worries me about the government's ever growing grasp of power over the American people.

Look.  9/11 scared the living daylights out of, I daresay, the majority of Americans.  (Some of us just got mad as heck and vowed -- and insisted on  revenge.)   Americans were afraid.  We were blindsided, sucker-punched, surprised.  Fear set in.

Fear is a great motivator.  It is also a great TOOL in the hands of ruthless men.  Suddenly, patriotism was defined as granting government all the power it asked for to ... do what?  PROTECT US ... to place America in protective custody.  And it did.

For a time, Americans forgot, or simply refused to remember, the old adage about giving up freedom for security with the end result being -- the loss of BOTH.

Some Americans did not forget.  Some Americans began, almost immediately, to cry "Wait!  This is too much!  Freedom is at risk here!"  Over the past decade the watchword among Americans has been "whatever it takes."

What it took -- was our freedom!

Some choice, huh?  Those who advocate giving the government whatever it needs to protect us, assure us there is no need to fear our own government.  They say our government will never turn on it's citizens.

How sure of that ARE you?  Are you sure enough to bet your life on it?  You'd better be -- because that is exactly what you are betting ... your freedom, your liberty, your life.

You want to see what it cost America to win and preserve that freedom?  I invite you to go to any national cemetery, like the one at Arlington, Virginia,  and view the rows upon rows of white crosses and Stars of David.  If you can do that and not shed a tear or, at least, choke-up, then there simply has to be something wrong with you.

The Americans who preceded us gave their blood and fortunes to win and preserve our freedom and liberty -- and in one decade, one ten year period, we decided to begin giving it away, bit by bit because those people we sent to Washington, to represent our interests, assure us we can trust them to never turn on the American people.  They swore to watch over us.

The question today is:  Who's watching the watchers?

The trade-off has always, always, been simple.  It is late, but Americans must decide which is better ... freedom or security?

I submit to you that FREEDOM is ALWAYS best.

Email ThisBlogThis!Share to TwitterShare to FacebookShare to Pinterest
Labels: Big Brother is Listening

I would never have dreamed that this USA that I so love would become what it has...