From Communist to Conservative ... Alan Caruba

From Communist to Conservative 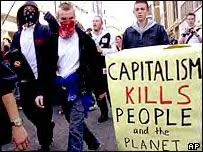 This quote is drawn from the nearly 400 pages of David Horowitz’s new book, “The Black Book of the American Left”, a vast collection of his commentaries and speeches, written since this son of communists, raised to be a communist, experienced an epiphany about communism when a friend of his was murdered by the Black Panthers, a 1970s group he thought was among the vanguard of social justice in America.


I would remind you that Barack Obama is the son of two dedicated socialists (I will use the milder term). His father, a Kenyan and Muslim, divorced his mother after he was born and returned home to his other wives. His mother married an Indonesian man who adopted Barack, but she would divorce him and leave her son with her parents in Hawaii. While growing up there, he was mentored by a card-carrying member of the Communist Party USA, Frank Marshall Davis, formerly of Chicago.

Horowitz has authored many books and articles. His output is extraordinary and his conversion from communism to conservatism became his mission in life as he sought to explain first to himself and then to all others who would listen why he so deeply believed in a system dedicated to defeating capitalism, imposing Soviet-style dictatorships, and bringing down the United States, the champion of liberty in the world.


“The truths revealed that we were just what our enemies had always said we were. There were spies among us, and we were agents for a tainted cause. All of us had treason in our hearts in the name of a future that would never come.” 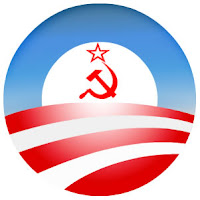 “In 1956 power shifted in the Kremlin and my parents along with the rest of the progressive left discovered that the socialist future they all served was a monstrous lie. They thought they were fighting for social justice, for the powerless and the poor. But in reality they had served a gang of cynical despots who had slaughtered more peasants, caused more hunger and human misery, and killed more leftists like themselves than all the capitalist governments since the beginning of time.”


Horowitz’s life and my own parallel each other’s as we are about the same age and experienced the same events, but while my own parents were liberal, they were also the son and daughter of immigrants and understood the blessing of being born and raised in America. My father never shed his liberal outlook, but my Mother, during the Clinton years, changed her party affiliation to Republican.


I was not politically engaged for much of my younger years, but growing from childhood to maturity during the course of the Cold War was sufficient for me to develop a healthy distrust of communism.


I regarded the 1960s as some kind of bizarre circus with its hippies, free love, and drug culture. I voted for Democrats without giving it any serious thought, but the Vietnam War awakened my interest as it did for many in the 1970s. I did not see it as one more effort to expand communism, but as a war that even U.S. generals had warned against. It was pursued by Lyndon B. Johnson while he also fruitlessly spent billions on his “war on poverty.” Like most liberal fantasies, it did more harm than good. After Johnson’s first full term, he declined to run again as the nation turned against the Asian war. It was left to Nixon to bring it to a conclusion. When the North Vietnamese took over, there was a massive bloodbath there and in neighboring Cambodia. 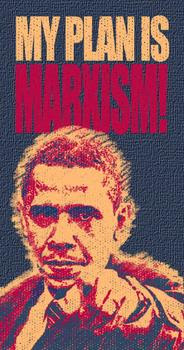 Consider now that the communist movement in America, misleadingly called “progressive”, has patiently spent decades since the 1960s transforming the nation. It has infiltrated and taken control of the nation’s educational system from kindergarten to its universities. It controls the Democratic Party. Much of the nation’s mainstream media is the handmaiden of liberalism. And it has elected the most leftist president the nation has ever had. Twice!


My friend who goes under the nom-de-plume of J.D. Longstreet at his blog, Insight on Freedom, recently wrote, “I think one of the most difficult obstacles those of us old freedom loving Americans have to confront is the near total ignorance of younger Americans about what they have already lost -- and -- have yet to lose.  It is a hurdle that must be removed, surmounted, or circumvented ... somehow. See, younger Americans have never experienced, nor enjoyed, the freedom we older Americans have.  They have never had it, therefore, they do not miss it -- nor feel the yearning for it that we do.”


If you have been wondering how we reached this point, Horowitz’s book is a useful guide and a frightening one. We have only a few years to turn around the takeover of our government by communist radicals, disdainful of our Constitution, and of the vast portion of our population that has no grasp of our history or the history of communism. Its goal remains the destruction of capitalism, the freedoms that most nations have never achieved, and which Americans are at risk of losing.


Alan Caruba's commentaries are posted daily at "Warning Signs" and shared on dozens of news and opinion websites. His blog recently passed more than 2.7 million page views. If you love to read, visit his monthly report on new books at Bookviews. For information on his professional skills, Caruba Editorial Services is the place to go! You can find Alan Caruba on both Facebook and Twitter as well.
*************************