The media and the liberal left are coming unhinged.  In their minds, since they figure they have the power to control everything, this trial against George "Creepy-Ass Cracker" Zimmerman should have been a slam-dunk.  Poor little innocent Trayvon Martin, of whom President Obama says if he had a son the kid would look like Trayvon, was the victim of a mean racist attack.  We are being told that Zimmerman hunted down and killed the poor child because poor, innocent Trayvon Martin was black.  And now, as the wheels come off, and it is beginning to look like Zimmerman is going to walk because his story that Trayvon attacked him and his was a fight of self-defense, the Left, through politicians and the media, are inciting race riots.  They want this to be the Rodney King riots, on steroids.

As the testimonies pile up, it is becoming more and more clear that Zimmerman's story is the true one, and any witness that is supposed to help the case of Trayvon Martin, is actually hurting him.  The liberal left demands that George Zimmerman must be convicted as a racist "white Hispanic."  The Jury is not supposed to consider the law, for why should they?  The Supreme Court ignored the rule of law with the gay marriage case, so why should the jury in this case care about the rule of law?  The Supreme Court ruled based on their rage against those that dare oppose the homosexual agenda, and the media demands that this jury rule in the same way.  Never mind the evidence.  They need to be enraged that the racist "creepy-ass cracker" dared to fight against Trayvon Martin, and kill him. 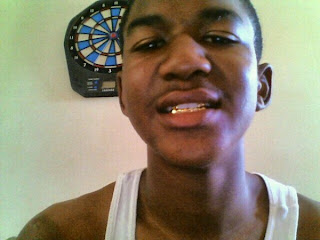 Since the liberal left is losing the case, we have to remember that it originally gained media attention just before last year's presidential election to remind the democrat voters how racist them right wing loonies are.  But since now, when they hope to remind America how racist we are to protect the democrats in preparation for the 2014 midterm elections, the Left is resorting to inciting violence.

On ABC News Nightline, anchor, Dan Abrams, interviewed Sanford, Florida, police chief Cecil Smith, asking him, "If Zimmerman is found not guilty, is your office ready for that?"

The police chief responded, "I believe we have plans that will be able to deal with issues as they arise."

Abrams then came back with, "I assume the worst-case scenario, then, would be riots?"

The police chief said there was no talk of riots.  "We are not talking about riots. We're talking about rallies. If people choose to come to Sanford and voice their opinions or if they want to come and rally, we welcome that. We want people to have the opportunity to express themselves."

The media is not satisfied with that.  They want violence.  They want blood in the streets.  They want a crisis that will finish off the opposition, and enable them to report how racist America is.

Remember, the liberal left democrats have gone beyond trying to win anything.  They believe they have won it all. . . well, except the House of Representatives, and that will resolved, they believe, in 2014.  And to achieve the one party system they crave, they are working to eliminate the opposition, and gain greater control over the population. . . and a good, violent crisis might be just what the illegal alien in the White House needs.

Barack Obama was a community organizer.  An agitator.  Now, the media has learned from him, and they have become agitators too, and they are agitating for riots.

What is amazing about all of this is how quickly the people forget.  In 2008, when Obama was running on the messiah ticket, we were being told that he was proof we were moving beyond racism, and that if Obama was elected we would live in a post-racial America.  Yet, the racism has blown up, exploding.  Obama has agitated everyone he considers would work well in the fight against rich white republicans.  He is causing racial strife, and it is by design.  He is not a great uniter, as he claimed, and he never intended to be.  The goal has always been division, chaos, and violence.  That is how tyranny solidifies control.

The useful idiots in the media are calling for race riots, inciting violence, because they know the Zimmerman trial is not going their way.  The Left has been totally invested in Zimmerman being found guilty and heading to death row.  Hell, they are even willing to settle for manslaughter, if they can get it.  But now, the liberal left realizes they will likely lose the Zimmerman case.

What is being realized now is that there never was a case.  The prosecution has bad witnesses on the stand, and no leg to stand on, because this case was purely political.  They wanted to scare Zimmerman into a guilty plea, and he refused, and now they have no evidence to put him away.  In fact, the arrest warrant is even laced with fraud.

It is like the Duke Lacrosse case all over again.  The poor black dancer accused the racist rich white athletes of doing her wrong.  Everyone demanded that the team be thrown out of school, and arrested.  But it turned out the woman lied, and the deconstructionist claim that we are a racist nation was delayed. . .

Until the Trayvon Martin shooting.

Deconstructionists can't change a healthy America into something the Founding Fathers never intended.  They have to convince all of us that America is damaged goods.  If America is damaged, it must be changed, or at least that is the attitude the liberal left democrats are banking on.  Remember, Obama wanted to fundamentally change this nation, but you don't fix what ain't broke, so they must convince you America is broken, tainted by widespread racism - otherwise, the democrats would be worthless, and would cease to exist.  If America is great, their whole platform is worth nothing.

And if they can't get their racism claim confirmed by the courts, they will have to do it with violence in the streets.

Why Does Zimmerman’s Trial Get Round-the-Clock Coverage? - National Review


Doug V. Gibbs is a longtime Internet radio host, conservative political activist, writer and commentator; he is the host of Constitution Radio and teaches weekly classes on the Constitution in Southern California. Follow him @douglasvgibbs.
**********************