American Democracy Is Being Replaced By Socialism… and Quickly! 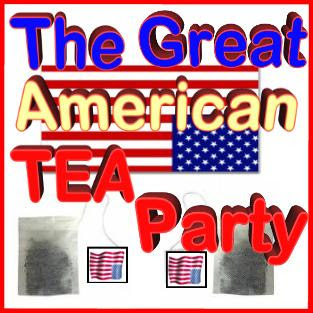 American Democracy Is Being Replaced By Socialism… and Quickly!
J. D. Longstreet

The professor asked the young man what was the matter. The student told him he had a bullet lodged in his back. He had been shot while fighting communists in his native country who were trying to overthrow his country's government and install a new communist government.

In the midst of his story he looked at the professor and asked a strange question. He asked, 'Do you know how to catch wild pigs?'

The professor thought it was a joke and asked for the punch line. The young man said this was no joke. 'You catch wild pigs by finding a suitable place in the woods and putting corn on the ground. The pigs find it and begin to come every day to eat the free corn. When they are used to coming every day, you put a fence down one side of the place where they are used to coming. When they get used to the fence, they begin to eat the corn again and you put up another side of the fence. They get used to that and start to eat again. You continue until you have all four sides of the fence up with a gate in the last side. The pigs, who are used to the free corn, start to come through the gate to eat, you slam the gate on them and catch the whole herd.

Suddenly the wild pigs have lost their freedom. They run around and around inside the fence, but they are caught. Soon they go back to eating the free corn. They are so used to it that they have forgotten how to forage in the woods for themselves, so they accept their captivity.

The young man then told the professor that is exactly what he sees happening to America. The government keeps pushing us toward socialism and keeps spreading the free corn out in the form of programs such as supplemental income, tax credit for unearned income, tobacco subsidies, dairy subsidies, payments not to plant crops (CRP), welfare, medicine, drugs, etc. while we continually lose our freedoms - just a little at a time.

One should always remember: There is no such thing as a free lunch! Also, a politician will never provide a service for you cheaper than you can do it yourself.

Also, if you see that all of this wonderful government 'help' is a problem confronting the future of democracy in America, you might want to tell this to your friends. If you think the free ride is essential to our way of life then you will probably disregard this, but God help you when the gate slams shut!


American citizens need, desperately, to listen and observe what is going on today in Washington, DC. Bailouts, nationalization of businesses, and US government take-overs of banks, and other financial institutions are the opening gambits of a socialist regime currently in power in our nation’s capital. We need to listen closely to what the Congress and the President are saying and doing and promising us.

SOME of us warned this would happen. We were sneered at, and made fun of, and, in some cases, ostracized. Now the painful truth is coming out as Americans slowly wake up and learn they have given their country away to a socialist regime. Now, just maybe, Americans will be able to tell who is about to slam the gate on America!

Maybe we Americans DO need another political party. I, myself, as a conservative, am finding it difficult to remain in the GOP as the party realigns itself in a more harmonious position with the Democratic Party, which is becoming more the socialist party every day. Think about the implications of what this means to ALL Americans, and look about you, and observe what is happening in the USA today. Then, think about what you can do as a citizen of the USA to save your country, to rescue your country… the country our forefathers left in our keeping. Then, think about how badly we have let them down, as well as all the men and women who have given their lives in the fight to preserve this democratic representative republic.

These are, indeed, the “times that try men’s souls.”