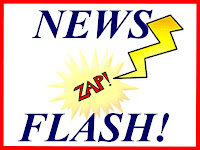 **********************
After spending time at the largest gathering of world class climatologists, meteorologists, physicists, engineers, and economists, among other very brainy folks, I came away with the feeling that the battle remains joined by this hearty group, otherwise derided as skeptics and deniers of global warming.
The occasion was the second annual International Conference on Climate Change sponsored by The Heartland Institute, a Chicago-based free market think tank. The place was New York City and the gathering involved seminars on all aspects of the bogus science put forth by the global warming alarmists. The conclusion should come as no surprise. There simply is no valid science that supports the claim that the Earth has warmed dramatically, is warming dramatically, or is likely to warm dramatically.
I find it almost amusing—if it weren’t so important—that the alarmists never make any mention of the fact, verified by weather satellites, that the Earth has been in a decade-long cooling trend and some who have examined it think it will continue for twenty or thirty more years. The increased severity of winter weather events around the world is testament to that. It is not getting warmer. It is getting colder.
Vaclav Klaus, president of the Czech Republic and serving also in a rotating term as president of the European Union, received a standing ovation at the beginning and end of his presentation. “Their true plans and ambitions (are) to stop economic development and return mankind centuries back,” said Klaus of the globally united environmental organizations and the United Nations Intergovernmental Panel on Climate Change.
It’s worth pointing out that the IPCC is not about “science”; it is about “government” as the name implies and, despite claims of scientific authority, its computer climate models and the claims based on them are held in universal disdain by the relative handful of men who understand climate or weather.
As Klaus noted, the alarmists are “not able to explain why the global temperature increased from 1918, decreased from 1940 to 1976, increased from 1976 to 1998, and decreased from 1998 to the present, irrespective of the fact that the people have been adding increasing amounts of carbon dioxide to the atmosphere.”“It is evident that the environmentalists don’t want to change the climate. They want to change our behavior…to control and manipulate us,” said Klaus. That’s what all totalitarian regimes want to do.
Sadly, anyone watching the behavior of leading scientific organizations knows that they have thrown their prestige behind the alarmists, giving awards and honors to the likes of Al Gore and NASA’s James Hansen when it is obvious to all that both are engaged in the worst kind of hucksterism and charlatanism. Many of these organization’s members are less than thrilled by this further evidence of the politicization of science.
Great dangers do exist for Americans and others around the world for whom the Big Lie of carbon dioxide emissions is being used by the White House and in Congress to justify legislation that would impose “cap and trade” regulations and by an Environmental Protection Agency that is poised to regulate CO2 as a “pollutant” under auspices of the Clean Air Act. It is a massive fraud.
It will prove enormously costly to every kind of business and industry in America. It has the potential of undermining the economy to a point where we shall never be able to recover from the present financial crisis.
All this was on the minds of those attending the conference. It should be on your mind too and it is why you have to ask your elected representatives and senators, “Why do you want to raise my energy prices?” That’s the ultimate punishment every American will bear because regulation of CO2 is about energy use of every description.
Why do you want to raise my energy prices? If they tell you it’s because of global warming, tell them you will not vote for them and in 2010, vote them out of office!
Compared to the thousands of environmentalists running about issuing notices of doom, a gathering of 800 men and women from around the world may not seem like much, but they have something beyond value on their side; the truth!

Alan Caruba writes a daily blog at http://factsnotfantasy.blogspot.com/. Every week, he posts a column on the website of The National Anxiety Center, http://www.anxietycenter.com/.

Email ThisBlogThis!Share to TwitterShare to FacebookShare to Pinterest
Labels: Climate+Change+Religion+Pagan+Socialism+Ethanol+carbon+Tax+hoax