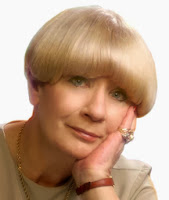 It has been an out in the open "secret" for years. Except for the now-reported disclosures of the inveigling lies issuing forth from the deceitful mouth of Barack Hussein Obama, it might never have been apparent to those who have worshiped this patent usurper. But, now more and more who believed in and voted for Dictator-in-Chief Obama are finally experiencing a harsh awakening to truth. He has lied to them, all along, and continues his lies today. Along with the destruction of the USA, lies are perhaps the only other things Obama actually does well. Americans have now lost and are – every day – continuing to lose their health care entirely. Despite the smiling and persuasive visage of the man who has assumed the role of president of the United States telling us all "If you like your healthcare program you can keep it...period! If you like your doctor you can keep him or her...period!" nothing was further from the truth. Tragically, all too many missed another part of his anatomy while he continued to spread his falsehoods...his cold dead eyes.

ObamaCare NOT about Healthcare

ObamaCare is not and never has been about health care. Many of us have been warning about this for years. It is, instead, about control of humans, their bodies, their property, their ability to come and go as they please, the diminishing or end of their religious practices (if they do not subscribe to Islam), their liberty in general (including the Bill of Rights which has been summarily stripped and destroyed by the Obama regime), the ability to keep their homes and their earned money. Remember healthcare comprises 1/6 of the US economy. Obama and the Marxist Dems (and RINOs) want complete control over it. They have been intensely salivating over the thought of having additional $Trillions so that they can exponentially increase their own wealth and power over us, give some to their supporters and cronies and pass on to the still-stupid-for-Obama (after the very recent disclosures that Obama and his gang knew years ago that tens of millions of Americans would lose their healthcare programs and that ObamaCare would often quadruple the cost of what they had been paying they are no longer 'ignorant') a few of the left-over crumbs from the Obama syndicate's table. This is a table that has been amply stocked by the-blood and sweat of working Americans. And, as millions of Americans have now finally realized, ObamaCare represents Obama's overthrow of healthcare in America and its demise by force. It also places the final straw on the backs of Americans, in order to end the US Republic for all time.

Marxist filmmaker Michael Moore should be ecstatic, as the USA's healthcare system will soon mirror that of Cuba.

Perhaps those who had previously been asleep (or maybe only groggy) might finally be ready for a bit more of the actual facts about ObamaCare. However, with all of the false mystique surrounding it and its thousands of pages, there is way too much to cover here. Besides, there have already been myriad books written about it. Therefore, I'll list only a few additional items.

Just a few reminders of the ObamaCare Horrors

ObamaCare adds many new taxes – non-healthcare related – to Americans' dwindling wealth, including a 3.8% new tax each time you sell a home. Hmmm. We assume these new taxes will be made payable to Obama...personally. ObamaCare forces Christians and Jews (People of the Book) to go against their pro-life religious beliefs and fund Obama's demands for abortions...which, by the way, includes 'partial birth' abortions. ObamaCare, out of the mouths of both Obama and the fully Marxist Senate leader Harry Reid, was never meant to work well...if at all. It was merely planned as the final step toward an ObamaGov-run single-payer system; a system that is meant – by its very nature – to bleed We-the-Humans dry of all of our money and keep us at the mercy of the Obama syndicate. You really didn't think its members planned to give up their power, wealth built on the backs of Americans and their control over you...did you?

ObamaCare to End US Healthcare

ObamaCare is meant to drive health insurance companies from the US marketplace and end them...permanently. The reason? Obama and his government want ALL of the money you pay for healthcare and the US healthcare system contains 1/6 of it. Obama believes it belongs to him...not to you and me who still actually work or previously worked for it. However, Dictator-in-Chief Obama is now blaming the insurance companies (he always finds someone else – including you and me – to blame for his actions) for canceling the policies that Obama forced them to end under his horror ObamaCare. Do you really believe insurance companies are working to put themselves out of business by denying their customers health insurance policies? Really? If so, you're already way too far imbedded within the bowels of the inane Obama faux Utopia and I'm amazed you were able to read to this point! Again, ObamaCare was never meant to work. The below videos of Obama and Harry Reid talking about it confirm this essential fact and truth. 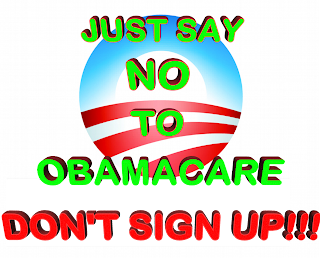 Folks, if you really and truly want your lives back and have finally reached the point where you want to end this destruction of your country...and you personally...there is a way to begin doing it and it requires no action – NO action at all. As my colleague and friend Dr. Laurie Roth wrote last month in her column "The beast is dying now let's help it die": "I call on all Americans to make a real and lasting statement. Don't march on Washington or drive trucks around in protest. Let us all agree to do the ultimate civil disobedience in the face of this incompetent, UN constitutional, health killing, illegal and forced Obamacare. Let us all NOT sign up for any exchange." At least it will help us keep our powder dry for a little while longer.

"I am the vine, ye are the branches: He that abideth in me, and I in him, the same bringeth forth much fruit: for without me ye can do nothing" – John 15:5

Obama Officials In 2010: 93 Million Americans Will Be Unable To Keep Their Health Plans Under Obamacare:

Yes, taxpayers, you will pay for abortions under Obamacare:

The beast is dying now let's help it die: