The Free Pass Has Expired 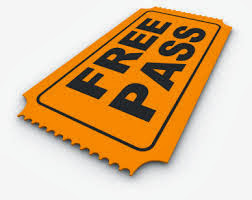 A news report about Oprah Winfrey said she “is going around the world telling everyone that Americans are racist while she promotes her new film.”

She “has been a prominent supporter of Barack Obama. She thinks that both he and the office of President have been treated with contempt because of the color of his skin quoting her saying “There’s a level of disrespect for the office that occurs. And that occurs in some cases and maybe even many cases because he’s African American. There’s no question about that and it’s the kind of thing nobody ever says but everybody’s thinking.”

So how is it that a racist America elected an African American in 2008 and reelected him in 2012? How did Oprah become an American success story if most Americans are racists?

The free pass given to African Americans has expired and many do not realize it.
The civil rights era of the 1960s made significant strides, removing many of the barriers to achievement that had existed since the end of the Civil War. It is worth noting that it was the early Republicans who led the fight against slavery in America and a Republican President, Lincoln, who restored the union. It was Democrats who, for a century afterword, created a matrix of “Jim Crow” laws and fought desegregation.

In my youth, living in Florida and while in the Army in Georgia, I saw many instances of the indignities blacks endured. It was still a time when they literally had to sit in the back of the bus. I can recall separate drinking fountains. They were not welcome in hotels and restaurants.

I have no idea why blacks in America continue to support the Democratic Party. Certainly I can understand why, in two elections, they almost unanimously supported Barack Obama. Indeed, it can be argued that white Americans voted for him to demonstrate to the world that America had passed some invisible threshold of bigotry to elect a black President.

I suspect that, thanks to Obama, it will be a long time before an African American can be nominated or elected President. That’s too bad because I happen to think that Allen West, the former Congressman from Florida, would make a terrific President.

A generation of African Americans has grown up without being subjected to the obstacles and ills of the past, but from my observation many still cling to the belief that the doors to success have been closed to them. The doors have been opened by virtue of the Civil Rights Act and the Voting Rights Act to ensure access that had been previously denied.

Even today, the extent of black-on-white crime—assaults and even murders—is still largely hidden from the public by the media. The numbers reveal that blacks are far more likely to be the victims of crimes by other blacks. By contrast the recent trail of George Zimmerman who shot Trayvon Martin in self-defense attracted a great deal of attention, but instantly disappeared from public notice after the verdict was rendered.

For all the ills within the black community, there is also a generation or two of African Americans striving to be a part of the American dream, succeeding as entrepreneurs and professionals, serving their nation in the military.

Is there racism in America? Yes. Is there racism throughout the nations of the world? Yes. For African Americans the free pass of “racism” no longer has power with the majority white community and other racial groups.  America has changed and for the better.

It is a society that elected Barack Obama President—twice. His failures should not attributed to his race.

In his famed 1963 speech, Dr. Martin Luther King, Jr., said, “I have a dream that my four little children will one day live in a nation where they will not be judged by the color of their skin but by the content of their character.”

The criticisms being leveled against President Obama today are not about the color of his skin. They are about the content of his character.

Oprah is wrong. It is not racism. It is realism.

© Alan Caruba, 2013
************************
Alan Caruba's commentaries are posted daily at "Warning Signs" and shared on dozens of news and opinion websites. His blog recently passed more than 3 million page views. If you love to read, visit his monthly report on new books at Bookviews. For information on his professional skills, Caruba Editorial Services is the place to go! You can find Alan Caruba on both Facebook and Twitter as well.
Posted by Longstreet at 11/19/2013 06:00:00 PM