Can Obama be Impeached – Part II
By JB Williams
jb.uspu@gmail.com 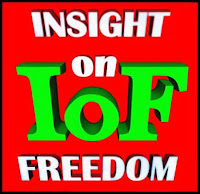 In a piece dated 10 June, 2013 titled Can Obama be Impeached? – I attempted to lay to rest an ongoing debate over the legal question, can Obama be impeached? In that piece, I quoted Dr. Edwin Vieira, Jr., Ph.D., J.D. who appears to be the primary source of the argument that Obama cannot be impeached on the basis that he currently occupies the Oval Office illegally.
Dr. Edwin Vieira, Jr., Ph.D., J.D. has been kind enough to respond to my commentary by issuing his own three part detailed explanation of his legal positions on the matter. I highly recommend reading all three parts of Dr. Vieira’s work on the subject. Before commenting further, I wish to thank Dr. Vieira for his willingness to respond in detail and in public so that readers can consider both sides of the legal debate and make an informed decision on how best to deal with the constitutional crisis called Obama.
I also want to state for the record that I am not an attorney. I have spent the last thirty-years studying American constitutional history and the last twenty-years writing about it. Dr. Edwin Vieira, Jr., Ph.D., J.D. is a Harvard trained legal professional.
Let me begin by stating again for the record that Dr. Vieira and I agree on the following…
1.      Barack Hussein Obama is not a “natural born Citizen” of the United States.
2.      Under Article II of the US Constitution, Barack Hussein Obama is not eligible for the offices of president or vice president.
3.      Barack Hussein Obama does indeed occupy the Oval Office illegally and unconstitutionally.
4.      This creates a highly unusual set of circumstances which must be remedied.

The discussion is not over what must be done, but rather how to do it. In other words, we are discussing strategy here, how to best remedy a highly unusual set of circumstances which has resulted in a constitutional crisis of monumental proportion?
We agree that Barack Hussein Obama must be held fully accountable for his actions, along with all others complicit in his fraud or the effort to cover it all up. I want to believe that once Americans agree upon the right course of action, they still have the courage to take the appropriate measures to solve the current American crisis.
But before any course of action will be taken by the people, they must reach agreement on the proper course of action and that is the sole purpose of this discussion.
Areas of Disagreement
The point of the matter is that words do indeed have meaning, and so do official actions. Despite the fact that Dr. Vieira and I agree that Obama holds the Oval Office illegally, the simple fact is that if you ask the US Supreme Court, all members of the US Congress, all fifty state governments and the Joint Chiefs of the US Military, ALL officially recognize Barack Hussein Obama as the current President of the United States and Commander-in-Chief. Not one member of the three branches of the federal government or the fifty states has officially declared or even suggested that Barack Hussein Obama is not the current President of the United States. Whether the Dr. and I like it or not, this is the simple reality of the circumstance we must contend with, one way or another.
Actually, none of the founders quoted make any distinction at all between legal and illegal office holders. They only refer to how a current holder of the office must be removed from office, which is via impeachment. Nowhere can I find any reference to how an illegal office holder can or must be removed from office, or that there is any special remedy for such a circumstance. I don’t think there is any debate over whether or not Barack Hussein Obama is the current occupant of the Oval Office.
Here the Dr. and I refer readers to the same Constitutional text regarding removing a current occupant of the Oval Office from office via the impeachment process.
“To reduce this matter to “Dick and Jane” terms, assume that Mr. Williams postures as “the President of the United States”. He leases a large mansion, which he names “the White House”, and in which he sets aside a room he calls “the Oval Office”.” - Dr. Vieira
The problem with Dr. Vieira’s Dick and Jane analogy is that unlike his Mr. Williams example, Barack Hussein Obama ran for office, allegedly won not one but two elections, with certification by all fifty states and the US Congress, later being sworn into office officially by the Chief Justice of the US Supreme Court and recognized by the nation and world as the current President of the United States. He actually occupies the real Oval Office in the real White House and has been accepted by the entire legal system as a legitimate holder of that office.
In Dr. Vieira’s Dick and Jane analogy, none of these very real circumstances are applied to the Williams example, later acknowledged by Dr. Vieira in this section of his piece.
It is on the basis of this poor analogy that Dr. Vieira proclaims; “Therefore, contrary to Mr. Williams’ conclusion, impeachment is not “the proper remedy to the crisis known as Obama”.
Then, Dr. Vieira concedes the following in closing Part I of his discussion –
“Nonetheless, it is barely possible that, although Mr. Williams is wrong in principle, he may be partially right in practice, in the same way a stopped clock accidentally tells the correct time twice a day. After all, if a bill of impeachment were introduced in the House of Representatives, Mr. Obama’s counsel would have only two choices: (i) to concede that impeachment is a proper remedy for the charge levied against Mr. Obama, while denying that Mr. Obama is in fact not “a natural born Citizen”—in which event that issue would be left wide open to a complete investigation in the House; or (ii) to deny that impeachment is a proper remedy precisely because Mr. Obama’s accusers claim him to be other than “a natural born Citizen”, while hoping that in no other forum could or would that at least tacit admission of his possible ineligibility be used against him. In addition, the intensive legislative debate, and perhaps extensive hearings, that would surely follow in the wake of whichever of these pleas Mr. Obama’s counsel launched would likely generate a tsunami of public interest in the matter. And who can say on what shore that wave would finally break?”

This pretty much sums up the Dr.’s Part I arguments against the impeachment of one Barack Hussein Obama. However, I strongly recommend that you read Part II and Part III of Dr. Vieira’s remarks on the subject as he does lay out some very interesting legal theories about what might be done to hold Obama fully accountable, outside of impeachment.
I remind readers that the people most responsible for the utter destruction of Constitutional Law in America is the Ivy League trained and sanctioned Attorney. That the people most responsible for our $17 trillion on national debt, struggling economy and $87 trillion in unfunded liabilities is also the Ivy League trained economist, and that the people most responsible for the unnecessary death and dismemberment of our young soldiers is the Ivy League JAG attorney, who writes and enforces suicidal ROE (Rules of Engagement).
This is not an attempt to toss Dr. Vieira into that cesspool, but rather a reminder that the paper on the wall does not necessarily mean that the individual riding on that piece of paper has it right.
Last, would you buy an investment based on my advice after learning that I have not purchased that investment myself?
I believe that there is a big difference between talking and doing. Before any of us should give others advice on how to best handle a situation, we should be willing to follow our own advice, to act on our convictions, otherwise, it is just talk and talk is not only cheap, it is worthless in our current circumstance.
I am acting on my convictions by forming The North American Law Center and pursuing every possible course of action to remedy the current constitutional crisis in America. From this organization, we are working around the clock to Restore our Constitutional Republic.
Among other measures, we are working to pursue the impeachment of Barack Hussein Obama followed by criminal charges against Mr. Obama and his cohorts. We are also working to restore constitutional states and individual rights via a Balance of Powers Act sweeping across the nation in state legislatures, passing numerous state legislatures this year.
I hereby call upon Dr. Vieira to act on his own advice by taking a lead role in initiating ALL of the legal challenges against Barack Hussein Obama, which he is recommending that others take.
I can think of no better legal expert in America to lead the legal challenge against Barack Hussein Obama. In fact, I openly invite Dr. Vieira to JOIN US as an associate attorney of The North American Law Center and lend his expertise to the organizational effort to Restore our Constitutional Republic. We would be honored to add Dr. Vieira to our legal team.
If you believe in these efforts, I invite all readers to support The North American Law Center. There is a talking thing and a doing thing. Please join me in calling upon Dr. Vieira to follow his own advice and lead the legal challenge against Barack Hussein Obama, using the legal remedies proposed by Dr. Vieira in his three part brief.
Dr. Vieira receives mail at: 52 Stonegate Court Front Royal, VA 22630.
Talk changes nothing. America is in desperate need of immediate ACTION!
JB Williams
Co-Founder
www.PatriotsUnion.org
www.VeteranDefenders.org
www.ThePatriotsNews.com
******************************


JB Williams is a writer on matters of history and American politics with more than 3000 pieces published over a twenty-year span. He has a decidedly conservative reverence for the Charters of Freedom, the men and women who have paid the price of freedom and liberty for all, and action oriented real-time solutions for modern challenges. He is a Christian, a husband, a father, a researcher, writer and a business owner. He is co-founder of action organizations The United States Patriots Union, a civilian parent organization for The Veteran Defenders of America. He is also co-founder of The North American Law Center, a citizen run investigative legal research and activism organization preparing to take on American's greatest legal battles. Williams receives mail at: jb.uspu@gmail.com
Posted by Longstreet at 6/25/2013 01:04:00 AM