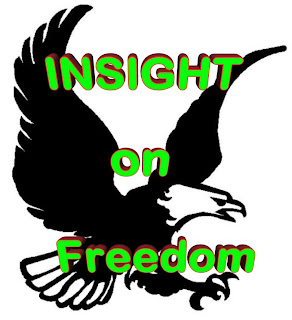 By Douglas V. Gibbs
******************
In Article I, Section 8 of the United States Constitution, the Congressional appropriation of money for funding the Army is limited to two years.  There is no limitations on funding the Navy, and in fact the Congress is instructed in the next clause to "provide and maintain a Navy."
The Founding Fathers feared a standing army.  Yes, an army is needed for the common defense of the nation, in order to protect the union, and the sovereign States, from foreign invaders.  However, the fears of the federal government growing into a tyranny, and using the standing army against the citizenry, was a reality.

When the police were marching through the streets of Boston in search of the Marathon Bomber, I wondered if there was anyone else as uncomfortable with the jackboot troops going door to door and searching the homes without a warrant.  What is even more interesting is that it wasn't the police marching through the streets that caught the hiding Chechnyan, but a citizen who went against police orders by going outside to have a cigarette, and noticing something wrong with his boat.

Sure, I get it, they were just trying to do their job.  But how close were they to the fine line between "protect and serve" and "police state"?

What kind of precedent did the Boston street to street search set?

It is bad enough that we have a liberal left control of government that considers pretty much anyone that opposes them to be potential domestic terrorists.

The U.S. Code has just been adjusted to make it easier for the federal government to provide military support to the already military-style capabilities of local law enforcement agencies.  The Pentagon has granted to the military the ability to police the streets of America without obtaining prior local or state consent.

Prior to this change, federal agencies have to obtain permission of local authorities before entering into and operating in local jurisdictions.  From a Constitutional point of view, the move is an invasion of State Sovereignty, and yet another move towards federal control over the States, and turning our society into a police state.  The allowance, according to the new language in the U.S. Code, is that military intervention can me used in the event of “civil disturbances.”

One wonders how long before the federal government decides to define a TEA Party Rally as being a civil disturbance.

A defense official claims this authority is nothing new, claiming, “The authorization has been around over 100 years; it’s not a new authority. It’s been there but it hasn’t been exercised. This is a carryover of domestic policy.” Moreover, he insists the Pentagon doesn’t “want to get involved in civilian law enforcement. It’s one of those red lines that the military hasn’t signed up for.” Nevertheless, he says, “every person in the military swears an oath of allegiance to the Constitution of the United States to defend that Constitution against all enemies foreign and domestic.”

Is the domestic enemy that has gained control of the federal government going to claim that all opposition to their policies are domestic enemies?

The military commander will have unlimited powers on the scene, being allowed to judge for himself his own definition for what constitutes, “wanton destruction of property,” “adequate protection for Federal property,” “domestic violence,” or “conspiracy that hinders the execution of State or Federal law,” and if the circumstances might be considered an “emergency.”

And once the federal government begins to exercise this power, the slippery slope will be in full swing.  The government never gives up power - it only increases it.

The U.S. military is allowed to intervene according to Article IV, Section 4 of the Constitution to protect the States against invasion, and when the State requests assistance through the legislature, or executive if the legislature cannot convene, against domestic violence.