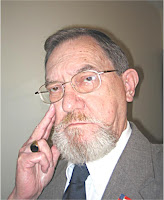 Dear Reader:  I hope you take the time today to display your American flag in memory of the victims of 9-11-2001. It is an important date.  A date we must never forget.

It is also the date of another atrocity.  One year later, we are not even close to having an honest accounting of what transpired in Benghazi, Libya  when four Americans, including the US Ambassador, lost their lives in service to this country. It is an atrocity that hangs like a black cloud over the White House and the US State Department. 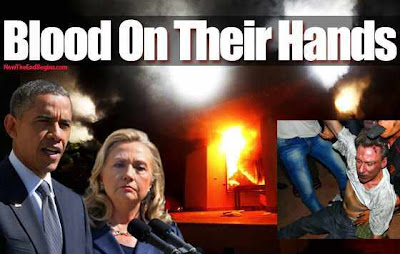 The Obama Administration has chosen to tell the world a bald-faced lie about what happened in Benghazi.

The date of the Benghazi slaughter should also be remembered,  9-11-12.  It is a black day for America.

In October of 2012, I published an article entitled:  "Benghazigate: What Are They Covering-Up?"

Repeat:  Four Americans are DEAD. And as much as it pains me to say it—it doesn’t look as if our government made a genuine effort to save them.

I have watched, listened, and read as much as we have been allowed to know—plus—information gleaned by non-mainstream media sources,  and I have concluded there is a major cover-up at the top levels of the US government over the incident in Benghazi.

Now, let me be clear:  I am not an investigative reporter. That is not what I do.  I am a commentator—an opinion writer ... nothing more.  I have deliberately “hung back” on any in-depth comments on the Benghazi affair simply because there always seemed to me to be more THERE there.  In other words, it was obvious, at least to me, that we were only getting drips and drabs of what really happened and, I felt (and still do) that we have been told nothing of WHY it happened.  But, dear reader, even Helen Keller could see there is a major cover-up surrounding the incident in Benghazi!

That CIA “safe-house” has troubled me from the very beginning of this horrible story.  What was the CIA doing there?  There was no embassy in Benghazi.  In fact, the building attacked was not even a consulate.  If anything, it was a “mission.”  Had it been an embassy, I’d not question a CIA presence.  They are practically a part of the furniture in any US Embassy.  But, as I said,  this was NOT an embassy.

It now seems that the ex-SEALS were not attached to the consulate, but were assigned to the CIA “safe-house.” They (laudably) went against orders and made a rescue attempt of the US officials and staff at the consulate—and lost their lives in the attempt.

There is now a fog of misinformation spewed up and out by the Obama Administration in what—in my opinion—is an attempt to cover-up an on-going scheme/operation to smuggle weapons into Syria through Turkey.

It has been suspected for some time now that the US has been supplying small arms to the rebels in Syria for a while—even though the Obama Administration denies it.
It is the kind of operation the CIA would be up-to-their-necks in and it would explain their presence on the ground in Libya in a safe-house a mile away from the consulate/mission.

I continue to cycle back to the question—why was the Ambassador THERE , alone, without a security detail, at that particular time, meeting with a high Turkish diplomat.  Remember, this was on September 11th.  If there was going to be an attack by terrorists—September 11th would be the day for it.

Now, I’m just hypothesizing here.  I have no idea, at this point, what was really going on. But, I have confidence in my opinion that there was a covert operation underway—one so black that sacrificing the lives of four Americans was deemed “worth it” by our leaders in Washington.

So politicians lie, right? Yeah, they do. But this time—four Americans are dead and the country wants to know why that happened and why the Obama Administration chose to lie to us about it.

It is clear now, that all the warnings from the political right about the penchant of this President and his administration for lies was absolutely correct. If they are lying about the “Incident in Benghazi,” what else are they lying about?

Americans have a week to decide if they trust Obama enough to vote for him to lead the country for another four years.  It is clear the Mainstream Media is NOT going to cover this story.  They are NOT going to investigate what happened for fear that it will drive down support for Obama at the polls.  They seem to have taken the attitude:  the truth, the welfare of the country, be damned.  Getting their man, Obama, reelected is the most important thing, bar none.

Look.  The cover-up of “Benghazigate” is far more important that Watergate ever was!
We need a “Congressional Investigation” of the incident at Benghazi and we need it post haste!  I understand there is no way that is possible before election day, but—if ever an incident deserved investigating by the Congress, this horrible event in Benghazi is it. It is looking more and more as if grounds for impeachment proceedings are present.
Yes, if only Obama was a Republican, there would be no need for commentators to beg the Congress to investigate—or—for commentators to opine at the reluctance of the MsM to investigate.

It is what it is.

The Mainstream Media in America is an organ of the political left—as is President Obama.  There is simply no way we are going to get anything approaching impartial reporting or a REAL investigation of Benghazigate from the MsM.

It behooves every voter to weigh what little we know about Benghazigate and decide if we want to have Obama continue to lead this country after January 20th, 2013.

For me, it is not just a matter of trust, it is a matter of honor—NATIONAL HONOR.
America deserves better than we have gotten, or, are likely to get from Obama.

As you enter the voting booth ask yourself, what else has Obama lied to you about.  What else is Obama lying to you about today?  Then for the sake of our country—do what’s right.

J. D. Longstreet
****************************
Today, as we stand on the cusp of yet another war in the Middle East,  it seems to this scribe, that Americans need, desperately, to grab hold of their national government and demand a reckoning on the Benghazi Affair.  Four Americans were abandoned, left to die at the hands of terrorists, for a reason so black, so covert, that our government was willing to leave them to (what turned out to be) certain death rather than risk knowledge of the secret operation becoming known.  This is no way for a free country to be governed ... at all!

Please.  This is America, or what's left of it.  If what's left of her is worth saving, at all, then we MUST begin by demanding the TRUTH about Benghazi.