In my youth there was a popular song entitled: “Save Your Confederate Money, Boys… the South Is Gonna Rise Again!”

I began thinking about it as I watched a group of talking heads discussing the future of America, as a single entity comprised of 50 states.  The consensus was -- America will not survive as a 50-state nation.  It is a conclusion, which I, unhappily, arrived at years ago.

I am convinced we Americans are being lied to by our government. I am also convinced our economy is on the verge of collapse.  Maybe it is just my natural paranoia, but I simply don’t see the “silver lining” inside the dark clouds hanging low over Wall Street and other financial centers in America. I think we are in for a total collapse of our economic system.

Well, we start over. I mean, literally, we START OVER.

Stand back, mentally, and take an objective look at the country we call the UNITED

States of America. Can we really say we are UNITED?  I mean, REALLY?  If we are truthful we have to admit the union has been strained since its inception.  Sure, we were united against the British during the Revolution… and several times since. But that lasted only until around 1840.  Things went downhill rapidly in the 1840’s and 1850’s.  By the spring of 1861 we are at war, internally, with each other. It was the most vicious war Americans have ever fought.  United peoples don’t fight each other; certainly not the way Americans did in the War Between the States.
After four years of the bloodiest war this continent has ever seen, my southern ancestors were forced back into “The UNION” at the point of a bayonet – a bayonet, which was wielded by Federal Government very unlike the federal government the colonies/states created to act as their agent. At that moment -- power slipped from the hands of the people into the hands of the government and Americans have never been able to reacquire it, or rescue it, from the grasping fist of that government – a government many now say has gone rogue.

There is an old expression I have heard all my life.  It says:  “When one door closes, another door opens.”  If that is the case, then we Americans may have a chance, and fairly soon, to set aright much that has been wrong with our country since the middle of the 19th century.

No, I don’t think there will be another civil war in America.  I think we learned our lesson from the last one.  I have come to believe that, when the time comes, we will simply agree to separate.  I'm not sure, geographically, how that will play out.  But, it will not, necessarily, be a north/south split.  Some think the northeastern states will most likely join with Canada.  Frankly, I am not so sure.  I see the northeastern states becoming the country of “New England.” a socialist nation.
To say that the Old Confederacy will re-emerge, is a bit of a stretch.  Although, there is at least one group, I am aware of, that would certainly like to see that.  But we are a different people than our confederate ancestors.  Having said that, I DO believe, however, that many of the contiguous southern states will make an attempt at forming a country of their own.

Texas will, most likely, revert back to a republic. I’d have to guess that the mid-western states, where the labor unions have such a death grip, would form some sort of union as a socialist confederation of some sort. The plains states and the mountain states, well, I have no idea what they will do, but I do see them forming a country of their own – a republic of some sort.

The states of the west coast will, no doubt, become a socialist/Marxist nation more closely allied with Red China than with it’s former sister states.

Taking a closer look at the southern tier of states I can see them adopting the original US Constitution and making an effort to revive the original country, with the original government, as the founders of the US had intended (as they made clear so many times in the Federalist Papers). 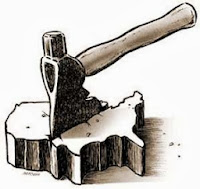 So, there is the possibility what we now refer to, as the USA will become 4 or even 5 different countries. Which of the new nations will blossom and thrive?  My money will be on the southern states… if they heed the mistakes of their forbearers and make every effort not to make those mistakes again.

The important thing is to be able to live peaceably with each other on this continent.  That will be no mean task, for when the socialist states begin to fail; there will be a huge migration of their citizens to the southern states.  That will create immense friction between the states.

This is not an easy thing to contemplate. It is, most assuredly, unpleasant to talk about.  But each of us needs to evaluate our principles and determine our own paths into the future.
Obama told us plainly, during his campaign for President, that he intended to “fundamentally” change America.  If he has not accomplished anything else, he has certainly accomplished that.