Natural Law is the Cornerstone of Freedom ... JB Williams

Natural Law is the Cornerstone of Freedom
By JB Williams
Jb.uspu@gmail.com

Are our most fundamental inalienable rights, Life, Liberty and the Pursuit of Happiness, founded in man-made laws and court opinions? Or, are they founded in Natural Law, otherwise known as the laws of nature, or God’s Law?
Many modern day “law experts” empower themselves with the proclamation that our “Constitutional Rights” are endowed by our Founders, enshrined in our founding documents, our Charters of Freedom. The implication is that our “inalienable rights” are given by men, therefore, at the whims of men, be they law-makers, law interpreters or law enforcers.
But our Founders disagreed and so do I.
The unanimous Declaration of the thirteen united States of America,

When in the Course of human events, it becomes necessary for one people to dissolve the political bands which have connected them with another, and to assume among the powers of the earth, the separate and equal station to which the Laws of Nature and of Nature's God entitle them, a decent respect to the opinions of mankind requires that they should declare the causes which impel them to the separation.

It is on this foundation that our Founders established for all posterity, that our 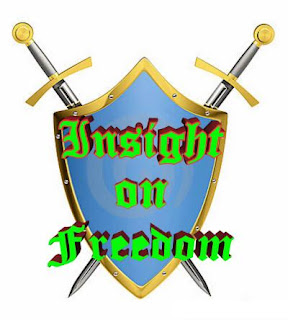 fundamental inalienable rights are “Endowed by our Creator…” – Nature’s God, under the Laws of Nature, not the laws of man.

Our Founders established that these rights are “inalienable,” not to be confused with “unalienable.” Again, despite false propaganda from modern law experts, these two words are not interchangeable. The following words separate the true meaning of these two words…
“All men have certain natural rights which are inalienable. The estate of a minor is inalienable, without a reservation of the right of redemption, or the authority of the legislature.”

Today, these two words are often misused as if they have the same meaning. But if you look at 18th Century definitions of these two words in play at the time our Founders used them, they did not have the same meaning.
Although many digital reproductions of the original Declaration of Independence shows the term “unalienable,” the actual original handwritten document shows the term “inalienable” and here’s why… Unlike the term unalienable, the term inalienable protects “certain natural rights” against even abuses of legislative authority, or man-made laws and interpretations.
Natural Law covers many subjects inherent in the laws of nature. Gravity is a well-known and respected law of nature. Though modern technologies may allow us to temporarily slip beyond earth’s gravitational pull and reach towards the stars, in the end, what goes up must come down. The law of gravity is “inalienable” in that man could legislate against it, but it will still exist.
Likewise, our fundamental rights, as Endowed by our Creator, Nature’s God, are inalienable. They are beyond the authority and power of man. Freedom, Liberty, Life and the Pursuit of Happiness are all “Endowed by our Creator” and as such, they are all “inalienable” to man and man’s laws. Man can enslave men through man-made laws, yet the Natural Right to be free will remain.
Who could disagree when these truths are all self-evident in our Founders writings and the Charters of Freedom they created for the sole purpose of protecting our God given Rights?
None other than the trained “law expert” or devoted atheist would dare deny a truth so visible in our Founders writings. And both do deny the overt truth, for purpose of their personal agendas.
While it is historically true that our Founders borrowed the infrastructure for our “justice system” from British Common Law, it is not at all true that they borrowed from British Common Law in their creation of our Constitutional Representative Republic, or the foundations ratified in our Charters of Freedom.
A true “democracy” (aka mob rule by popular vote) has much in common with the British system of parliamentary government. But our Constitutional Representative Republic is not based on pure democracy, or the British system which our Founders had just separated from in the American Revolution. Our Republican form of self-governance is based on Natural Law, not British Law, or even American man-made laws.
In fact, all of our Natural Rights are inalienable, beyond the authority or dominion of any man-made law, statute, amendment or court opinion, local, state, national or international. Although men may attempt to legislate our Natural Rights out of existence, these Rights will still exist, just as gravity still exists.
EXAMPLE: The perceived right to abortion is a direct violation of one of our most basic Natural Rights, the right to Life itself. Congress made no law legalizing abortion, nor did they amend the Constitution or Bill of Rights to eliminate the Natural Right to Life. As a result, every abortion has been an act of murder, the taking of an innocent life, not in self-defense, and a direct violation of an inalienable Natural Law.
EXAMPLE: A Natural Right to Life and Liberty must include the right to self-defense, which must further include the Right to keep and bear arms. As these too are inalienable Natural Rights, they are beyond the authority and dominion of man and man-made laws.
In one example, our courts have acted beyond their constitutional authority by asserting that “case law” is any law at all, and further by using a case decision to directly violate an inalienable Natural Right to Life.
In the second example, state and federal legislators have stepped beyond their constitutional boundaries in their effort to legislate from existence the Natural Right to self-defense, or the means of self-defense.
In both cases, the government has acted beyond its authority and in direct violation of Natural Law, otherwise known as God’s Law. For this, the penalty must be severe…
As I write today, our government is engaged in unprovoked violations of the Natural Right to Life in foreign lands, Egypt, Lebanon, Libya, Tunisia and Syria, to name a few.
In sum, our government made of, by and for the people, for the sole purpose of protecting our inalienable Natural Rights, has become the greatest threat to not only our Natural Rights, but the Natural God given Rights of human beings all over the world.
How could the American people stand for this? Any direct violation of Natural Rights is a direct affront to the very foundations of freedom and liberty.
In the end, the people of the world will not stand for it and the American people will pay a high price for allowing their government to become the greatest Natural Rights violator on earth.
If you want to know your true Rights, do not ask a trained law professional. They have not been trained in Natural Law, but rather in man-made laws, which are now the greatest threat to our Natural God given Rights.
When the masses come to lynch those most responsible for the destruction of Life, Liberty and the Pursuit of Happiness, they will have to hang the lawyers first. That will take care of most of the existing and future politicians…
JB Williams
Co-Founder
www.PatriotsUnion.org
www.VeteranDefenders.org
www.NorthAmericanLawCenter.org
***************************
VISIT J. D. Longstreet's "INSIGHT on Freedom" Face Book Page!!:   (Just click on the link for more conservative commentary by J. D. Longstreet and other popular conservative writers!) **************************************************Hypersmash.com