Editor's Note:  We published this article in July of 2012.  We took another look at it recently due to the battle raging in the US over gun control.

Now that Secretary of State John F. Kerry has now signed the treaty it is now in the hands of the US Senate for ratification.  We have been assured the Senate WILL NOT RATIFY the treaty, but, frankly, I do not FEEL assured!  It is my understanding that the treaty can simply be held in committee until such time in the future that the Senate leadership believes it has the votes to ratify it. THAT gives me NO comfort.

In light of the fairly weak recent Executive Orders issued by President Obama, one is left to wonder if the President is counting on the UN Small Arms Treaty to accomplish that which he knows he cannot do through the US Congress nor through Presidential Executive Orders.

In any event, we present it again for your consideration. 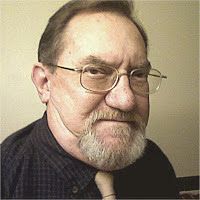 Back in October of 2009, the US Secretary of State, Hillary Clinton, publicly announced that the US WOULD support UN negotiations of an Arms Trade Treaty to regulate international gun trafficking.  The Bush administration, you may remember, and, notably, former Permanent U.S. Representative to the United Nations, John Bolton, opposed negotiations of this treaty for years.

Secretary of State, Hillary Clinton has said: "Conventional arms transfers are a crucial national security concern for the United States, and we have always supported effective action to control the international transfer of arms. The United States is prepared to work hard for a strong international standard in this area."

The US then joined a vote, which was almost unanimous; to adopt a resolution, which would set a schedule, a timetable, on the proposed Arms Trade Treaty.  Within that resolution was a proposal to finalize the accord in the year 2012.

Gun Owners in the US are gravely concerned over this move by the UN – and -- more importantly, by the Obama Regime, to support it.  To many gun enthusiasts it is a dangerous submission of America's Constitution to “Global Governance” -- and there is a growing belief that it is an attempt by the Obama Regime to create private gun control laws it knows it cannot get through the US Congress.  It doesn’t take any imagination, at all, to quickly understand that this treaty would effectively cancel rights granted US citizens by the 2nd amendment to the US Constitution.  Our right to “keep and bear arms” would no longer exist.

US gun rights supporters are up in arms – and with good reason.  John Bolton, former Permanent U.S. Representative to the United Nations, fought the proposed treaty for quite a while.  He has seen it up close and personally. Bolton, in remarks he made recently to Ginny Simone, managing editor of the National Rifle Associations' NRA News and host of the NRA's Daily News program, said the following: "The administration is trying to act as though this is really just a treaty about international arms trade between nation states, but there's no doubt – as was the case back over a decade ago – that the real agenda here is domestic firearms control." Bolton continued: "There's never been any doubt when these groups talk about saying they only want to prohibit illicit international trafficking in small arms and light weapons, it begs the whole question of what's legal and what's not legal. And many of the implications of these treaty negotiations are very much in their domestic application. So, whatever the appearance on the surface, there's no doubt that domestic firearm control is right at the top of their agenda."  Bolton went on to say: "After the treaty is approved and it comes into force, you will find out that it has this implication or that implication and it requires the Congress to adopt some measure that restricts ownership of firearms," he said. "The administration knows it cannot obtain this kind of legislation purely in a domestic context … They will use an international agreement as an excuse to get domestically what they couldn't otherwise."

It turns out there are some seven countries pushing the UN Arms Treaty, Great Britain, Australia, Argentina, Costa Rica, Finland, Japan, and Kenya.

Interestingly, Great Britain has had a virtual explosion of violent crime since they all but banned guns back in 1997.  Just a few months ago, the British Mail Online reported that England and Wales now have the highest violent crime in the European Union – a rate which, in fact, exceeds that of the United States and even hyper-violent South Africa.  Mail Online went on to say: “In the decade following [the election of the Labor Party] in 1997, the number of recorded violent attacks soared by 77 percent to 1.158 million – more than two every minute.”

It seems that Great Britain, with their near ban of gun ownership by private citizens, has a violent crime victimization rate of 2,034 per 100,000 residents.  While here, in the,  oh, so violent, USA, with our far less restrictive gun laws, we have a violence rate of only 466 crimes per 100,000 residents. Even South Africa’s rate is lower, at 1,677 violent crimes per 100,000.  You can read an exceptional article on this subject HERE.

In the land “down under,” Australia, the Aussies are suffering an escalation in violent crimes as well.   The Australia Institute of Criminology reports that assault alone occurs at a rate of 840 per 100,000 – a rate that increased dramatically since the Port Arthur Ban.

You might find it interesting what the Aussies have to put up with now that firearms are nearly banned in their fair land. It is, indeed, a warning for their cousins, the Americans. “The Manly Daily” reported, back in October of 2009, that pursuant to the Australian Firearms Act of 1996: “Northern Beaches Police will be turning up on the doorstep of every licensed gun owner in the area over the next four years to check their firearms are stored correctly.

Operation Aston follows the gun amnesty that ended on May 31 and will target guns stored incorrectly and the security of gun safes, Northern Beaches Commander Doreen Cruickshank said.


“Gun owners have a responsibility to ensure their weapon is safely stored at all times when not in use,” Supt Cruickshank said.


“Licensing police will be attending the home of every licensed firearm owner in the northern beaches over the next four years to inspect every weapon and check the gun safe.


“Officers will be examining all gun safes to ensure they comply with the legislative requirements, particularly in relation to the standard and security of safes.”


Supt Cruickshank reminded all legitimate owners that under the Firearms Act they must take all reasonable precautions to ensure the safekeeping of their firearms.


“It’s especially important that weapons are stored in such a way as to limit the possibility of loss or theft, so they don’t come into the possession of a person who isn’t authorized to hold them,” she said.


The maximum penalty for incorrect storage of a weapon is two years in jail. You may read the article HERE.


THIS is where America is headed if the “gungrabbers” get their “reasonable gun control” laws.  They know they cannot get those laws passed through Congress but they have an excellent chance to get them through the UN Arms Trade Treaty.