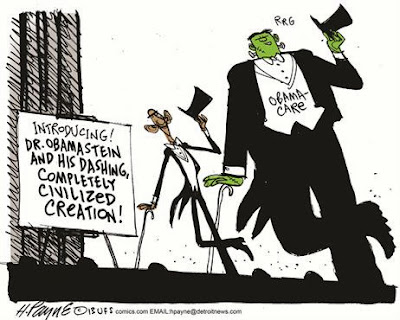 Congress was not designed to operate in this fashion. In practice, the Senate is supposed to conference with the House to arrive at a compromise solution.


“The Senate voted 54-46 to reject a motion to go to conference with the House on the issue of funding the government, marking the third time in 24 hours the Senate has rejected an overture from the House related to avoiding a government shutdown. Senate Democrats have insisted they will accept from the House only a six-week funding bill with no provisions related to Obamacare.” – www.politico.com, Tuesday, October 1.

In a history of the Senate, “The Most Exclusive Club”, published in 2005, Lewis l. Gould noted that “For most members, as the 1990s began, it was more business as usual. That process led to another ten-year period when the Senate slipped further in public esteem and failed to meet its political responsibilities. By the end of the century, civility and a sense of common purpose had vanished from much of what the Senate did.”


Gould is the Centennial Professor Emeritus of History at the University of Texas. “Political oratory has been in steady decline over the course of the past century, if the Senate is any indication. Most Senators read speeches that staff has written for them. In hearings members often rely on questions that staff has prepared…Few modern Senators can think on their feet or make a sustained argument without supporting information or props. ’We’re just no longer a debating forum,’ said Robert C. Byrd in October 2004.”


“It is hard to overstate this loss to American political life,” said Gould. “The Framers of the Constitution envisioned a Senate that would function as a wise and judicious check on both executive power and the House of Representatives. They did not imagine a body that would act as a rubber stamp for an incumbent president.”


The recent marathon speeches by Senators Rand Paul (KY) and Ted Cruz (TX), both Republicans and both elected with Tea Party movement support, have invigorated what little passes for debate.


The current membership of the Senate is 53 Democrats, 45 Republicans, and 2 independents.


Each State has two Senators for a total of 100. They are elected for terms of six years.


In practice, the members of the Senate have generally regarded the members of the House with a bit of disdain, given that they must hustle to be reelected every two years and tend to the constituency of a particular district. This attitude was reflected in the way the Senate went home for the weekend while the House stayed in session to address the possibility of a shutdown.


How long the impasse will continue is anyone’s guess, but the cause is the growing public concern over the Affordable Care Act otherwise known as Obamacare. It is so abundantly a disaster that the Democrats have decided to brazen their way toward its full implementation while the Republicans are reflecting the outcry from tens of thousands of telephone calls, email, and all other manner of communication.


In short, the Republicans are doing what is expected of politicians while the Democrats are expressing their contempt for the voters. It is the same contempt that led to the near-midnight, 2009 party line vote in the Senate that passed Obamacare. None of the Senators had read the huge bill that is filled with many new taxes and puts the government in charge of one sixth of the nation’s economy and, in effect, the entire healthcare system. Its impact is already being felt as large companies lay off more and more workers while smaller ones put them in a part-time status, reducing the number of hours with which they can earn a living.


“We had to pass it to find out what was in it,” said the then-Speaker of the House, Nancy Pelosi. Significantly, no Republican in either the House or Senate voted for Obamacare.


The intransigence of Sen. Harry Reid (D-NV), the Majority Leader of the Senate, reflecting the same view as President Obama, is the reason why the shutdown has occurred. There is much more to this than just politics, though obviously both parties are rolling the dice as to the outcome of the 2014 midterm elections.


To their credit, I think the Republicans have the high ground. Despite the criticisms, they have shown a united front in their effort to delay Obamacare’s implementation for a year, strip out the taxes on medical instruments, and require that members of Congress and their staffs enroll in the program in the same way everyone else must.


Ultimately, it is the Tea Party movement that will get the credit for resisting Obamacare and it should surprise no one that the White House and Harry Reid keep calling them terrorists, anarchists, extortionists, and other names.


It will be interesting to watch President Obama say whatever he can to affect the outcome of the shutdown. With nearly five years in office and with a thick volume of lies he told about Obamacare to get its passage, he is likely to suffer a significant injury to his power to influence events in the days and years ahead.


The shutdown is a good thing. Enjoy it.


Alan Caruba's commentaries are posted daily at "Warning Signs" and shared on dozens of news and opinion websites. His blog recently passed more than 2.9 million page views. If you love to read, visit his monthly report on new books at Bookviews. For information on his professional skills, Caruba Editorial Services is the place to go! You can find Alan Caruba on both Facebook and Twitter as well.
Posted by Longstreet at 10/02/2013 01:34:00 AM