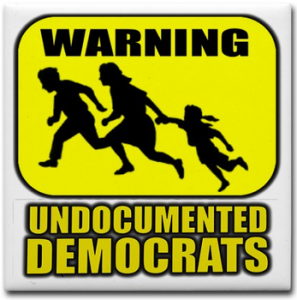 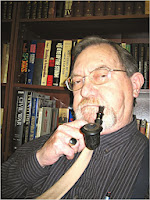 You should be aware that if you are an American and you are an opponent of amnesty for illegal aliens now living in the United States  you are a demagogue.

Don’t believe me? Well take a look at Obama’s answer to a reporter’s question concerning so-called “immigration reform” which, translated, means: “Amnesty” for illegal aliens hiding (in plain sight) in the US today. Here’s what the Prez said:

“Now, am I going to be able to snap my fingers and get this done? No,” said Obama. “This is going to be difficult; it's going to require bipartisan cooperation. There are going to be demagogues out there who try to suggest that any form of pathway for legalization for those who are already in the United States is unacceptable. And those are fights that I'd have to have if my poll numbers are at 70 or if my poll numbers are at 40. That's just the nature of the U.S. immigration debate. But ultimately, I think the American people want fairness, Obama continued. “And we can create a system in which you have strong border security, we have an orderly process for people to come in, but we're also giving an opportunity for those who are already in the United States to be able to achieve a pathway to citizenship so that they don't have to live in the shadows, and their children and their grandchildren can have a full participation in the United States. So I'm confident we can get it done.” That, dear reader, is the current President of the US speaking back in 2009.


Have you stopped to consider how many millions more will pile onto the dole US taxpayers will have to support if this amnesty bill passes? 12 million is a drop in the bucket to the REAL figure, which you are NOT going to hear bandied about by this administration, nor the democrat/socialists in the Congress.

Obama and the democrat/socialists must REALLY think the average American is an idiot! Why, they are so disconnected from the reality in America today that they have no idea the odor they get a whiff of every now and again is the tar and feathers being prepared in their honor! Well, a few of the congressmen and senators attending some of the town hall meetings have felt the heat. But not enough - not nearly enough, to put the fear of God into them!

I have asked before: How is it that Washington cannot feel the anger of the average US citizen toward any relaxing of the immigration laws, especially toward the Hispanics who are flooding our country and bringing our health services, and educational services, and welfare services, to the breaking point? How can Congress and the President not know this? How?

Common sense dictates that they MUST know this. So, why are they continuing to refuse to secure our southern border and return those illegal Hispanics, already inside the US, to Mexico… or their country of origin? Instead, they now want to make those who are already here illegally… legal?  Are they nuts???

No, they are not nuts. They just don’t give a damn what you and I think, or want or NOT want, as the case may be. We don’t count. Our votes used to count - but no longer. You see, the democrat/socialists have managed to secure the votes of the less literate among us to override our dissenting votes, anyway. So, I have to conclude our vote truly doesn’t count.

Look, they send armies of “helpers” into the field to register “new” voters from among those whose livelihood depends on the government check they receive the first of each month. And it works! Now, add to those legions the millions of illegal aliens who will be voting for the democrat/socialists after the Obama Regime pronounces them “legal,” and you and I will be overruled at the ballot box in perpetuity. 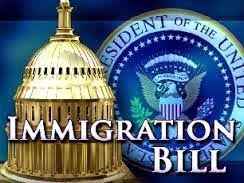 In the meantime, the GOP continues it's suicide attempt by working quietly behind the scenes to see that the President's Immigration Reform Bill is passed in the US House of Representatives.

The GOP, somehow, has allowed itself to be sold a bill of goods.. They have come to believe that voting for AMNESTY for illegal aliens will ingratiate them with the Hispanics and draw swarms of hispanic voters to the Republican Party.

One is compelled to ask: Are there no sentient human beings left in the hierarchy of the 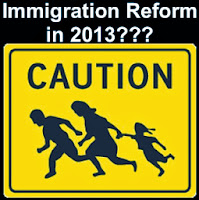 Republican Party?  Is there no one in the higher echelons of the GOP with conscious perception left?   Do they not understand that passing the Obama Immigration Reform Bill will consign the GOP to minority party status in the US Congress in perpetuity?

If the Immigration Reform Bill, the "Amnesty Bill," is passed we will truly lose America… forever.

And I'm sure that we can count on the GOP to do everything within its power to stop Obama too, just the same way they stood up to him during the shutdown over Obamacare...

Yes, that WAS sarcasm...

For the last few weeks, EVERY single time I visit this site and then leave after reading the article of the day, I get the following message in a box that pops up with a huge DING!!!!

I WILL SHOW YOU HOW TO MONETIZE YOUR SIGHT!!!

I then have a choice to leave peacefully or engage in this nonsense SPAM...however, the choice is an illusion, as no matter what I click, I get hi jacked and taken to another website that wants so DESPARATELY to show me how to monetize my site.

I used to just ctrl/alt/delete and end this BS that way, but they are getting aggressive now. It is ONLY the JD Longstreet site and no other.

Is this my computer reacting only to your website or is it coming from you website? What do I need to do. I love you site, but this is getting to the point that I cannot stand the hijacking and will just stop coming until it's fixed.

I think the problem is repaired now.

As of Wednesday, at 12:45pm, it is still doing this. I am not sure if it is a virus on my computer that responds like this only to your site, or if it is something from your site specifically. If it is my computer, I will look further into fixing it. I have run all my antivirus stuff and come up clean.

Thanks for your help. And most of all, thanks for the great web blog. It is in my top 3 to say the least, along with Alan Caruba and TexasFred.

I hope you get it cleared up.

In the meantime, thanks for your kind words of encouragement.

SDKR: You can get the very same commentary each day at http://omegadispatch.wordpress.com/

at "KUDZU and Politics" at
http://kudzuandpolitics.blog.com/

Thanks for your continued support of The Longstreet Commentaries.