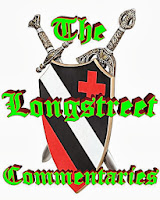 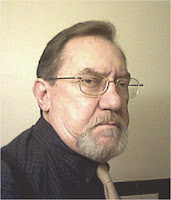 Some time ago I write a piece entitled:  "If Not America — Who?" http://insightonfreedom.blogspot.com/2012/10/if-not-america-who-j-d-longstreet.html

If they espoused such beliefs in the now defunct old Soviet Union, they’d be snatched out of their beds in the middle of the night and whisked away to a state run mental Institution until they were better — and “re-educated”.

Look.  The US has its problems. There is no denying that — and we don’t. But we don’t sweep them under the rug, either. We deal with them — right out in the open — for the world to see. 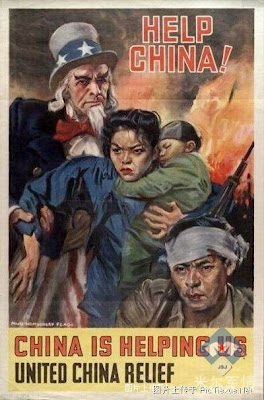 Now comes China, our communist enemy, ready to slid into the spot left open at the top when US President Obama decided to drag America down to the level of the other mediocre countries on the globe in his quest to "fundamentally change" America into just another socialist dung heap.

This past Sunday, on their official news agency, Xinhua, China said the world should consider "de-Americanising" while US politicians grapple with how to reopen our shuttered government and avoid a potentially disastrous default on our debt.

Here's the quote: "As US politicians of both political parties (fail to find a) viable deal to bring normality to the body politic they brag about, it is perhaps a good time for the befuddled world to start considering building a de-Americanised world,"  SOURCE:  http://news.yahoo.com/americanised-world-needed-us-shutdown-china-media-053014967.html 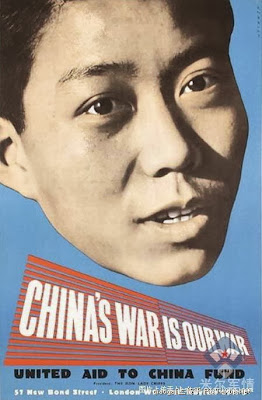 The Article in Xinhua went on to say:  "Such alarming days when the destinies of others are in the hands of a hypocritical nation have to be terminated.

"A new world order should be put in place, according to which all nations, big or small, poor or rich, can have their key interests respected and protected on an equal footing."

Please remember -- this is China, COMMUNIST China, THE "Chi-Coms," referring to the US as "hypocritical!"  Jeez!

The Chi-coms' commentary continues: "Instead of honouring its duties as a responsible leading power, a self-serving Washington has abused its superpower status and introduced even more chaos into the world by shifting financial risks overseas," but equally stoked "regional tensions amid territorial disputes, and fighting unwarranted wars under the cover of outright lies" the commentary said, referring to Iraq."  SOURCE:   http://news.yahoo.com/americanised-world-needed-us-shutdown-china-media-053014967.html 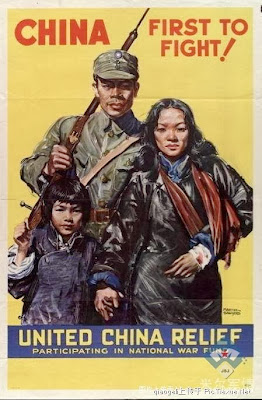 (By the way:  China is the biggest foreign holder of US Treasury bonds, worth a total of $1.28 trillion according to the US government.  Now -- who's hypocritical???)

In the spirit of full disclosure, there is no love lost between me and the Red Chinese.   My family shed blood fighting the "Yellow Horde," as they were known back in the 1950's, in Korea.  A cousin was captured and rotted in one of their despised prison camps existing on bits of food, such as potato peelings, and anything else he could find in the garbage pit of the camp.

So, NO.  I'm not inclined to offer the benefit of the doubt to the Chi-Coms -- anytime, anywhere.

Look.  The bottom line is this:  China HATES the US and will take every opportunity to cripple the US.  Unfortunately, we have the worst bunch of national leaders the country has had in a very long time and they have made us vulnerable to attack from our enemies such as China, and Russia, AND the Islamofascists from around the world.

Understand:  If a  new international reserve currency IS created -- it will turn the US into a 3rd world country overnight. Our economy will tank almost instantly. The Great Depression of the 1930's will look like a "boom era" compared to the depression we will experience.  It must not be allowed to happen. 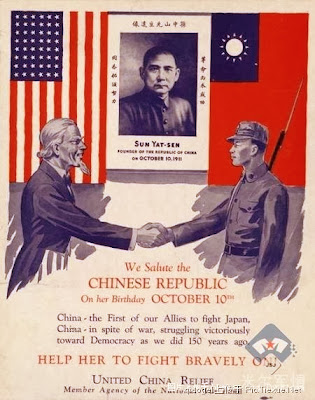 Do you begin to understand why this scribe so hates socialism?  Since the US decided to seriously dip a toe into socialism, with Obama and his "redistribution of the wealth," the heart has been effectively ripped out of America.  America has been practically brought to her knees -- and we have only TASTED socialism!

The world should understand that only half the American electorate supports the path of socialism Obama has placed the US upon.  America is split right down the middle.
Let’s be clear here. If the US does not survive as a constitutional republic the world, as we know it, will cease to exist. Europe will most certainly return to its former iteration as a bloody battlefield. The Middle East, already in flames, will tear itself apart. Africa will spiral right back into a black hole. Russia and Asia will be locked in mortal combat for hegemony of that region, South America will … well, WHO KNOWS what will happen to our southern neighbors? And Mexico? Well, Mexico seems to have forgotten — they SOLD us the land they are trying so hard to re-populate today. Anyway, you get the idea.

America has rushed to help her neighbors, all over this planet, when they are threatened. She respond to world disasters all the time. It is to the US that all eyes turn for leadership…especially when they are in trouble.

But -- when America is in trouble, she gets the boot of the world in her face, as so many of the nations she has helped over the decades gleefully kick her while she's down.

Among those nations receiving help from the US has been, of course, China.  (Take a look at some of the US posters to help China in WWII on this page from:  http://www.sinodefenceforum.com/military-history/us-posters-help-china-wwii-1561.html )

OK.  WE can argue that US help went to the Nationalist Chinese and NOT the Communist Chinese.  They were still Chinese trying to save themselves from a Japanese invasion.  A great deal of American blood was spilled in China and Burma during those terrible years. But, HEY, that was seventy some years ago - ancient history -- and who cares about history today, huh? 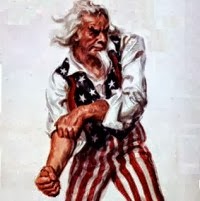 Well, history teaches us a lot of things and its lesson today is this:  If the US does not soon get its act together and claw its way back to the top if the heap, the world is going to go up in flames.

There is an old expression:  "When the cat's away, the mice will play."  After Obama locked the "Big Cat" up, the rats have been wreaking havoc around the globe.  Methinks its past time to let the cat out.

This article reminds me of a commercial from a few years ago. Damn, how close is this commercial in predicting our future if we don't make some changes...fast?