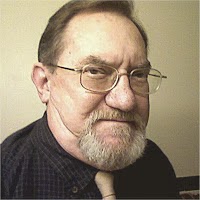 I am fully aware that most Americans today have no clue as to the damage one federal law brought to -- and did to --  America.  I refer to Prohibition.  It was then, just as it is today with Obamacare, all brought down on our heads by a bunch of people who were absolutely, positively, convinced they knew what was best for America and they were one hundred percent determined to "fundamentally change" America.

Boy!  Did they ever change America!

It was the 18th Amendment to the Constitution.  Americans referred to it as "Prohibition" just as today the "Affordable Care Act" is referred to as "Obamacare."  Both these nick names were/are intended to demonstrate the disgust in which Americans hold both Prohibition and Obamacare.

The grossly disliked Prohibition brought changes in and to American society and brought changes in American culture that have left their mark on this country.  Many of those changes we still feel today.   Not all these changes were for the better. There was a dark side to Prohibition. A very dark side.   See,  Prohibition actually fueled the very activities it was intended to eliminate: crime and drunkenness. It was, and remains, a classic case of what happens to a country when the "Law of Unintended Consequences" reigns supreme.

Consumption of alcohol in America actually increased during Prohibition, maybe sky-rocketed would be a better description.  And then there was the escalation of crime.

Boot-legging gangs took over.  Crime bosses, such as Al Capone, became what we would call today "rock stars."  Americans wanted booze and Capone gave it to them.  Capone is reported to have said:  "I am like any other man. All I do is supply a demand."

"Looking back, we can easily see that Prohibition was a failure. But it impacted us in ways we are still feeling. It did not purify American culture, as was intended. It irrevocably poisoned it. Drinking rates shot up dramatically, the federal prison population increased 366% (Organized Crime and Prohibition), and a young generation learned how much fun it was to be rebellious. Of course, we could also say that the spirit of rebellion was a positive outcome of the Prohibition; freethinking and nonconformity are two of the hallmarks of our society. But when these ideals were applied in such a lamentable way, as they were during Prohibition, they became not blessing, but curse." SOURCE:  http://voices.yahoo.com/how-prohibition-changed-america-7307854.html 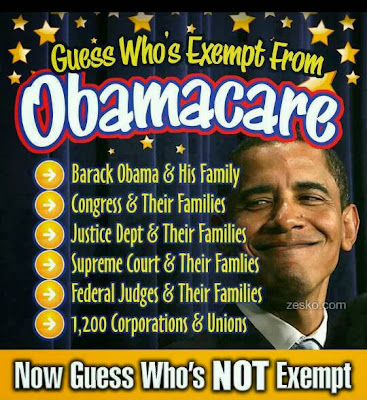 Looking realistically at the political future of America, I still believe Obamacare will eventually be repealed. But I expect the earliest that can happen will be sometime after the year 2024.

Why?  Well, common sense tells me that should she decide to run for President, Hillary Clinton will become the next President of the United States.  THAT is a given -- at least from my standpoint.

Just as the 18th Amendment wreaked havoc on America so will Obamacare.  Eventually, the 21st Amendment passed and repealed Prohibition (the 18th Amendment).   But -- a great deal of pain and suffering had ensued by the time that huge mistake had been corrected.

Understand, the Progressives (the Marxists) and the democrats (the Socialists) are never going to admit they made a mistake in passing Obamacare into law.  Never.  Which means that all efforts to repeal Obamacare will be met with total dedication to preserving the law from hell by the democrats.

In the meantime, we can stand back and watch the body count from Obamacare steadily increase until it finally becomes too much for compassionate Americans to bear.   From the millions of babies murdered by abortionists (paid with taxpayer dollars) to what some have called the "Eugenic disposal" of the elderly  (In other words:  "Let 'em die."). Death will become a hallmark of Obamacare.

Like Prohibition Obamacare has never been popular with the American people.  Unlike Prohibition the law was not even read by those who voted for it in the Congress.  At least, the 18th Amendment WAS read. 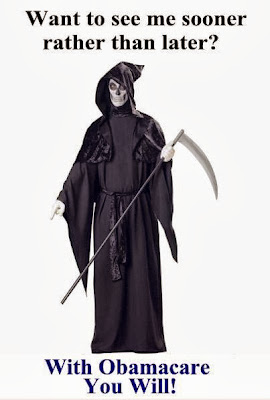 We can expect feelings toward Obamacare to sour extensively in the next few months when insurance premiums and taxes begin to skyrocket.  As of today, Americans understand -- generally -- that their President lied to them.   When they suddenly realize they will not be able to continue seeing the doctor they have entrusted their health, indeed, their lives to for decades, well, then it will be brought home to them.

It required over a dozen years to repeal the 18th Amendment.   It may take even longer to repeal the profane monstrosity that is Obamacare.  It will take the combined efforts of the sane, responsible, ADULT people of America to maintain unrelenting pressure upon the lawmakers of this nation to lift the government's yoke of socialized medicine from our necks let us alone.

The rage in America is intensifying every day the jack boots of the federal government remain on or necks.

History teaches us that it is not within the character of the American people to allow an encroachment of overbearing government for very long.   It's either back off or -- backlash.