Obama Wins Because America Is Dumb As A Post! ... J. D. Longstreet 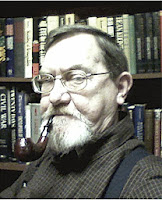 I am sick and tired of the lie that the GOP shutdown the US government.  That's what it is -- plan and simple -- a bald-faced lie.  Anyone repeating it is a lier.  God hates liers -- as do I.  If a man will lie, he will do anything -- especially if it is deceitful.

Obama could not get away with his avalanche of lies if the American people had the least  acquaintance with their constitution.

Let's clear some of the BS away.

Consider something Thomas Sowell,  a senior fellow at the Hoover Institution, wrote recently: "There is really nothing complicated about the facts. The Republican-controlled House of Representatives voted all the money required to keep all government activities going — except for ObamaCare."

Mr. Sowell continues:  "The hundreds of thousands of government workers who have been laid off are not idle because the House of Representatives did not vote enough money to pay their salaries or the other expenses of their agencies — unless they are in an agency that would administer ObamaCare."

Mr. Sowell points out: "The money voted by the House of Representatives covered everything that the government does, except for ObamaCare."  Mr. Sowell makes clear: "The Senate chose not to vote to authorize that money to be spent, because it did not include money for ObamaCare."

Mr. Sowell puts the cork in the bottle with this:  "If Senator Reid and President Obama refuse to accept the money required to run the government, because it leaves out the money they want to run ObamaCare, that is their right. But that is also their responsibility."   (Emphasis by underlining --mine.) Please read the source of these quotes at: http://rare.us/story/sowell-who-shut-down-the-government/

"But Obamacare is the law of the land," you insist.

m sick and tired of the lie that the GOP shutdown the US government.  That's what it is -- plan and simple --
It makes no difference.

Look.  If the House decided not to put up,the money for the EPA, it would be within its rights to do so.  Not to mention -- I'd stand and applaud!

All of this is laid out in the constitution. It's there for all to read in Article 1, Section 7. "All Bills for raising Revenue shall originate in the House of Representatives; but the Senate may propose or concur with Amendments as on other Bills."  SOURCE:  US Constitution  http://www.usconstitution.net/xconst_A1Sec7.html

Have you even read the constitution?  If not -- why not?  It is easily accessible.  Pull it up on your computer.  It'll take a couple of seconds. (I keep a hard copy of the US Constitution in a loose leaf binder sitting at the left side of my computer monitor at all times, except when I am referencing it.) 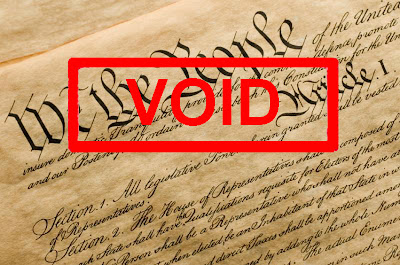 When I was a lad in school, we actually read the constitution, we actually studied the constitution and even argued it back and forth in class.  We had written tests on it.  As a teenager I wrote, and delivered, several speeches on the constitution.  I became fairly well acquainted with it.  But, these days, as decade after decade has expired, I find that I have to brush up on it every now and again ... and I do.  Why?  Because this is MY COUNTRY, and I want it run correctly ... by the instructions laid out by the men who founded this nation.

America is in deep trouble today because "we the people," not the politicians, WE-- you and I -- have allowed it to degenerate into some kind of "socialist-lite" society/government  that is recklessly determined, I mean --  hell bent -- on failure.  I contend that the primary reason for this condition, in which we find ourselves, today is IGNORANCE, plain and simple.

Example:  Leftists are insisting today that there is a "right" to healthcare in America. They claim it is a "constitutional right."  They are absolutely WRONG! There is no right to healthcare for Americans.  None!  If you claim there is -- then show that to me -- in the constitution -- and I will admit my error.  You can't -- because it simply isn't there.  And yet we allow their BS to go unchallenged.

Consider this from at article by Bob Meyer at www.capitolhilloutsider.com:  "In Christ‘s message, we see help for the needy is accomplished directly through personal charity. Nowhere are we told to accomplish this indirectly through governmental wealth redistribution by proxy. The Good Samaritan helped a wounded man with his own resources. He did not petition the Roman government to create a healthcare program."

Mr Meyer goes on "... societies trending toward socialism and accomplishing that objective through forcible egalitarianism via governmental mandate, wind up becoming functionally godless. In addition, placing all distribution of wealth under the thumb of the government replaces an attitude of gratitude with a posture of entitlement, and diminishes concentration on personal responsibility."  SOURCE:  http://capitolhilloutsider.com/red-letter-christianity-or-red-flag-socialism/ 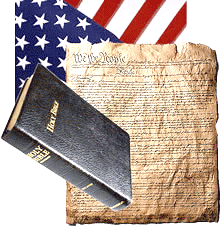 If you are REALLY concerned and want to REALLY know how your country, America, is SUPPOSED to work, then read two owner's manuals:  The Bible -- and -- the US Constitution.  Once you have done so you will agree that "malfeasance" doesn't begin to cover the horrible manner in which our current government has exercised its stewardship toward this once great nation.

Ignorance is an excuse only once, if at all.  Once you have been made aware of your lack of knowledge, then there is no excuse.