It is a great regret that arrogant atheists attack Christmas at this time of year and that too many institutions from schools to stores feel intimidated enough to remove mention of it. It is one thing to deny the existence of God, but the attacks are intended to undermine the faith of millions of Americans. The atheists forget or neglect the fact that the pilgrims came here to freely practice their interpretation of Christianity.


It is a habit of mine to revisit the classic literature of the past and, with the advent of Christmas, I picked up an excerpt from Edward Gibbon’s famed “The History of the Decline and Fall of the Roman Empire” that addressed in part the role of Christianity.


Gibbon’s vast knowledge of the Empire eventually filled six volumes. The first three volumes were published in 1776 and became a bestseller. The final three volumes cemented his reputation as a historian. 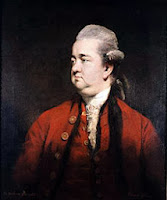 Gibbon (1737-1794) not only possessed a vast body of knowledge, but also a felicity of prose that enhances the pleasure of reading him. His history of Rome also contained open criticism of organized religion which no doubt evoked a great deal of discussion at the time.


The religion of Rome, however, being polytheistic with many gods could only be called organized insofar as temples to those gods were built wherever it exercised its power. Suffice to say, the then-new religion of Christianity was declared illegal and Christians were widely persecuted.


Initially, the adherents to Christianity were Jews. Gibbon notes that “The first fifteen bishops of Jerusalem were all circumcised Jews; and the congregations over which they presided, united the law of Moses with the doctrine of Christ.” Judaism had been around for a thousand years by that time, but there were a variety of factors that kept it isolated and limited in numbers. It did not actively proselytize and the requirement for circumcision was a deterrent. Judaism also had many restrictions such as dietary laws and requirements that further reduced its attraction for the masses.


All that changed with the advent of Saul of Tarsus, now known as St. Paul, a Jew who experienced an epiphany that threw open the doors to the philosophical and theological basis of Judaism. “Christianity offered itself to the world, armed with the strength of the Mosaic Law and delivered from its fetters,” wrote Gibbon. “The divine authority of Moses and the prophets was admitted, and even established, as the firmest basis of Christianity.”


“The promise of divine favor, instead of being partially confirmed to the posterity of Abraham, was universally proposed to the freeman and the slave, to the Greek and the barbarian, to the Jew and to the Gentile.”


“When the promise of eternal happiness was proposed to mankind, on condition of adopting the faith, and of observing the precepts of the gospel, it is no wonder that so advantageous an offer should have been accepted by great numbers of every religion, of every rank, and of every province in the Roman Empire.”


The Roman Empire had reigned supreme for almost 300 years when Christianity came on the scene and would last another 200 until, in the view of historians; it became too tired to maintain itself. It stretched across the known world from the British Isles to India, exacting taxes and offering protection. By the third century it could not be effectively governed from Rome and split into two factions, East and West, seen today in the Eastern and Western churches.


Christianity offered something that Judaism did not; the promise of life after death, of Heaven, and, conversely, a vision of Hell. Neither the prophets, nor the sages of Judaism devoted much attention to what occurred after death because there is no way to determine what occurs in its wake. Instead, Judaism has always placed an emphasis on how one can pursue a life of proper behavior based on the interpretation of the Torah or Old Testament whose heart is found in the Ten Commandments.


Gibbon wrote “It was by the aid of these causes, exclusive zeal, the immediate expectation of another world, the claim of miracles, the practice of rigid virtue, and the constitution of the primitive church, that Christianity spread itself with so much success in the Roman Empire.”


The gospels were composed in the Greek language “at a considerable distance from Jerusalem” and after gentile converts had grown in numbers. “As soon as those histories were translated into the Latin tongue, there were perfectly intelligible to all the subjects of Rome” with some exceptions.


The conversion of Constantine in the fourth century made Christianity the official religion of Rome. It is estimated that, by then, almost a third of the population had previously embraced Christianity and the Empire had already begun to decline. In the early 400s, Rome was conquered by the barbaric tribes of northern Europe, the Gaul’s, Visigoths, and others. Europe was plunged into the Dark Ages.


In time Christianity would spread to much of the world though it would compete with the more ancient faiths of Hinduism and Buddhism, and the tribal faiths of Africa and the New World.


In 632 A.D. Islam, the invention of Mohammed, would spread as much by the sword as by its doctrine. It is the enemy of all other religions and its persecution of Christians is a warning to the world. Mohammed told his followers, “The sword is the key to heaven and hell.” These days, the Middle East is being “cleansed” of Christians. No accommodation can be made with Islam.


The demographics of Christianity have shifted significantly in the last century, largely due to the enmity of Communism. As noted in a recent article, “In Latin America alone, there are 517 million Christians. In Africa, 411 million. Asia tallies 251 million. Once a global powerhouse of Christianity, Europe is home to an ever-shrinking 553 million (expected to drop to 480 million by 2050) while North America has 275 million.”


"Whatever we once were, we are no longer a Christian nation,” said President Barack Obama on June 28, 2006. A true Christian would never have uttered those words.


America was and is a Christian nation. Obama either misspoke or deliberately lied. His words barely acknowledge the role of Christianity in the founding and history of our nation. His words betray its role today.


Gibbon’s great work about the fall of Rome is a warning to all present empires and great powers. It fell because it lacked a doctrine of virtue as much as from the attacks by the barbarians who finished it off.


Alan Caruba's commentaries are posted daily at "Warning Signs" and shared on dozens of news and opinion websites. His blog recently passed more than 3 million page views. If you love to read, visit his monthly report on new books at Bookviews. For information on his professional skills, Caruba Editorial Services is the place to go! You can find Alan Caruba on both Facebook and Twitter as well.
*******************
Attention Visitor:  If you have problems with a hacker redirecting you from this site (INSIGHT on Freedom), please go to:  http://www.omegaoption.blogspot.com/.