The reasons to repeal Obamacare continuing to pile up as more and more facts are revealed by those willing to spend the time necessary to dig through the over 2000 page law.


Now we learn that Obama lied to America about the Public Option (government-run health Insurance companies) being dropped from ObamaCare.  It was NOT dropped.  It is STILL in the law -- only hidden.  Look for yourself.  Look in Section 1334, pages 97-100, of the new health care law.  If you feel as if you have been screwed –that’s because you have!

Do yourself a favor and read the Washington Examiner editorial entitled: “Public option is alive and well, but hidden.”  You will find it at: http://washingtonexaminer.com/public-option-is-alive-and-well-but-hidden/article/43006

Americans still want ObamaCare repealed. As more and more of the 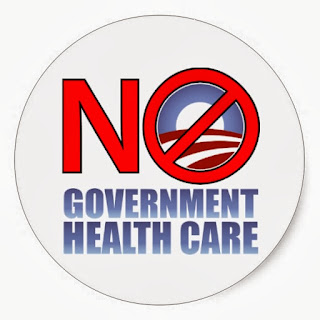 duplicity in the law, and surrounding the law, and the continuous flow of lies from the White House and the Democrat/socialists in Congress concerning this law raise the ire of Americans there is good reason to hope for a REAL change in November of 2014 at the polls.

Americans have been lied to over and over and over by the Obama Regime and his courtesans in the Congress.  It never seems to stop. There is a constant stream of lies from the left -- especially concerning the ObamaCare Law.


What is the Obama Administration trying so desperately to cover up?  What else is going on behind the closed doors in the White House and the West Wing and yes, in the Congress?  Like children caught with their hands in the cookie jar, they are lying to try to save face.


We have news for them.  It is TOO LATE.  The carefully woven curtain behind which the truth has been hidden is being shredded daily.  Their pains-takingly molded façade is cracking and crumbling and falling away revealing the bones amid the corruption within what has been exposed as nothing more than a whited sepulcher.


The taint of socialism is everywhere in our government today.  America is dying a slow agonizing death from the killer of nations -- the political cancer we know as socialism. It is eating away the core of our country.


The worst is yet to come.  I know it is not popular to say that, at least in public, but a few of us are convinced that America has not yet seen the worst of this financial crisis.  In fact, a handful of us actually believe we are at the threshold of a global economic collapse, which will lead to the collapse of entire national governments around the globe.  There is absolutely no way America can dodge this bullet. The American economic system is so interwoven with the economic systems of the other nations of the world that when one nation’s system fails -- America takes a hit. How many hits can American withstand before our system collapses as well?  In her weakened condition, the answer I’d say is -- not many.

The European economy is only treading water today and will be circling the drain tomorrow.  The impact on America’s economy when Europe fails will be incalculable. 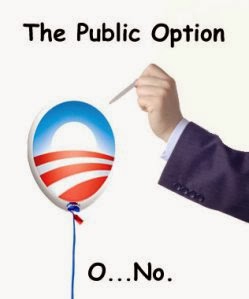 I cannot shake the feeling that America is being set up – set up to fail.  ObamaCare is only one part of the plan to weaken America and make her citizens so dependent upon government that when the American collapse comes, we will flock to whatever those in power offer as a means of survival. That which I expect them to offer, finally, is – Global Governance.

With an extremely important election just 11 months away, the democrat/socialists are pulling out all the stops to buy time and to create a mirage of “Recovery.”  They know they face a political massacre at the polls in November of 2014 and they are trying, with all their might, to salvage as much of their power as they can.

Don’t believe them.  Consider all the lies from the Obama Administration over the year just ending. If they will lie to Americans about the Public Option being taken out of the ObamaCare Law, then  what else have they been lying to us about all along?  Maybe the answer would be shorter if the question was: What have they NOT been lying about!

REMEMBER IN NOVEMBER! Take your rage to the polls and throw the bums out next November.