Pundits, so I am told, on or about, December 31st, are expected to make predictions for the coming year. 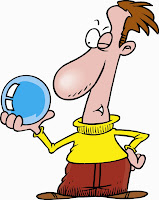 Normally, I don't do this, preferring to make all sort of wild predictions throughout the year, most of which turn out to totally wrong.  The good thing about being a pundit is the reader's very bad and extremely short memory!  It has saved my derriere any number of times.

Howsoever, never let it be said I did not do my part to muddy the future waters of the new year 2014.

This IS an election year. (I'm so old I can remember when we actually had some space between elections!  These days the pols just campaign non-stop!)  We have the Democrats, the Republicans, and the Conservatives (Yeah, I deliberately carved conservatives out of the GOP.  Wishful thinking on my part.  See, I'd like to see conservatives with their own political party.  As I said -- wishful thinking.) all vying for leadership positions that, for the most part, NONE of them is equipped to handle.

In 2014, I see the Obama Administration doing a pretty good imitation of the Hindenburg,  (Oh!  The humanity ... ! Remember?  OK, so Google it!) as it continues to crash and burn.  Ratlines are already being established for "antsy" members of the administration ready to beat a hasty retreat out of Foggy Bottom and lose themselves amongst the proletariat, at least for a few years -- til the furor blows over.

Obamacare has turned out to be the suicide pact for the democrats we warned it would be.   The pay-off for those of us who fought Obamacare tooth and nail will come in November with the pending purge of the Congress of the current brood of vipers now in residence, hopefully ending the polymorphous perversity of that particular band of brigands.  I hope!

Obama will tell more lies. (I don't think that needs any elucidation... do you?)

US troops will continue to leave Afghanistan leaving only a token force to secure Mr. Karzai's head in it's current position atop his shoulders.  However, the Taliban has laid claim to the other end of his anatomy and may yet collect their prize!

There will be no peace between the Israeli's and the so-called Palestinians. (Actually, I cheated on this one.  I read the Bible.)

Iran will continue to manufacture the ingredients for a nuclear bomb, some call the Islam Bomb.  They will continue to smile -- and lie through their teeth -- and string Obama along like the simpleton they believe him to-be.

Resistance to Syria's  Assad will slowly diminish as Assad runs out of fellow Syrians to kill.

The US will become entangled in a militaristic adventure in Africa, which we will not win.  It would be politically incorrect for America to win a war with a black opponent.
Back here at the asylum, er, at home, Obama will pull out all the stops to get amnesty through Congress and into law to grab as many Latino voters as possible in an effort to save the collective rear ends of his Democratic Party cohorts and set the stage for Hillary's run for the Presidency in 2016.

Hillary will deny she's running, of course.  But then: "What difference does it make now" (Sorry 'bout that ... couldn't resist.)

America's paternalistic elite ruling class will continue to lead the nation into a virtual police state form of society and government.  The constitution will be proclaimed null and void.

The Marxocrats in the West Wing will continue their endeavor to fundamentally transform America into that socialist/communist dung heap we have warned of for so long, while those of us in the conservative commentariat continue to call them on it at every opportunity.

Congress will vote to give California to China as partial payment of all the loans we owe them.  Expect China to refuse -- unless we agree to keep Governor "Moonbeam."

I could go one, but, frankly, it's too depressing.

It is already shaping up to be another lousy year in the land of the formerly free.