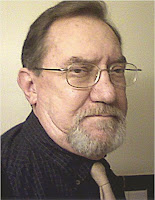 Well, we have made another year without a complete meltdown.  Nevertheless, we are growing closer.   As every day passes we draw nearer that apocalyptic terminus.

We have reached the final few days of the year and it is customary, sort of, for folks to look back over all the bad and unusual things that occurred in the twelve months just ending.  But, honestly, I don't want to drag them up again.  They were difficult enough to handle the first time through, so why punish ourselves, right?

If anything, 2013 established, beyond doubt, that Mr. Obama is intent upon presiding over a nation in  decline -- and he insists on increasing the rate of acceleration of said declination.

But that doesn't touch the lies, the deceit, the scandals, the abuse of power by the Executive Office, nor the assumption of dictatorial powers by the Chief Executive and on, and on, and on.  And I haven't even mentioned OBAMACARE ... yet!

In fact, I'd like to look ahead.  I'm the sort who anticipates darn near everything.  I'm just wired that way.  No apologies for it.  I rather like to act in advance of an anticipated problem and to deal with it ahead of time and/or before it becomes a menace in one fashion or another.

Peeling back the layers of the future is most certainly a job for the clairvoyants, the fortune tellers and such.  I am neither.  No.  I'm more of what you might call -- a worrier.    So believe me when I tell you I am mightily worried about next year, about 2014.

The US is currently reeling from the onslaught of socialism/communism led by our socialist-in-chief, B. H. Obama.  Mr. Obama is, at this writing, in the lovely state of Hawaii where, frankly, I wish he'd stay, sending us his resignation as a Christmas gift to the nation.

Two things:  One -- Mr. Obama does not share our low opinion of himself.  And second -- Vice President Joe Biden is waiting in the wings to become President should Mr Obama step down.  (Yeah, it's sorta like a double feature horror movie special at the local cinema, right?  Egads!) 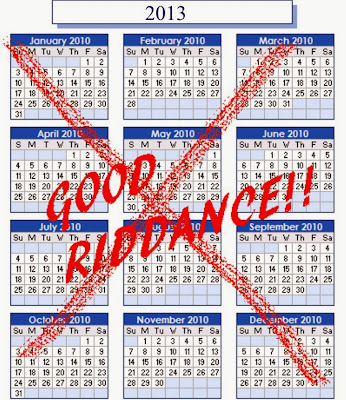 That socialism/communism thing, in the guise of health insurance for everyone, will still be with us next year.  Like an infection deep inside it will continue to destroy the tissue of America and will, over time, murder the country.

The problems with the roll out of Obamacare were just petty "stuff" compared to that which is coming in the close and distant future.  Those of you who have not turned your hand to insuring yourself under our new law are in for a bone rattling shock.  If you have an attorney on retainer, I suggest assigning him/her the job of signing you up to Obamacare -- and paying him a bonus if he succeeds.

Small business owners who, up to now, have provided health insurance for their employees are going to learn they simply cannot afford it any longer and the millions of employees of small businesses in America are going to find themselves without insurance and then they, too,will be dealing with Obamacare.

It's going to get downright ugly.

The President must take another shot at immigration reform or, as I like to call it -- amnesty for illegal aliens. The democrats understand that with passage of immigration reform, they will secure, for themselves, the reins of government in the US for generations to come.

Oh, there is much, much, more but it's just too depressing to touch on it.

One thing, however.  I can't shake the feeling that the US will find itself engulfed in another Vietnam type quagmire, this time on the African continent, sometime in 2014.  We have troops fighting little brush fire wars in various places in Africa now.  It is not outside the realm of possibility that one of those brush fires will flare up into a huge conflagration without the American public even being aware that American warriors are bleeding and dying in the jungles of that mysterious land.  Too, I would be less than honest if I did not tell you that I have no idea why we are spending our blood and treasure on such a hopeless cause as saving Africa.  Only Africa can save Africa.   Our efforts on the dark continent are almost as hopeless as bringing peace between the Israelis and the so-called Palestinians. Oh.  by the way, that, too, will fail in 2014.

One is drawn to ask if America is in Africa fighting indigenous insurrectionists, or, are we actually establishing forward bases from which to attack Al-Qaeda in Africa?  If the latter, I must wonder what happened to the Al-Qaeda Mr. Obama suggested to the nation was through, kaput?

As we chart our course for 2014, I suggest we would be wise to take a back-azimuth off 2013.  For, if my suspicions are anywhere near correct, we are in for a replay of 2013 -- at least until November.

****************
Attention Visitor:  If you have problems with a hacker redirecting you from this site (INSIGHT on Freedom), please go to:  http://www.omegaoption.blogspot.com/.