Why the House MUST Impeach Obama ... JB Williams

Why the House MUST Impeach Obama
By JB Williams
jb.uspu@gmail.com

Never in American history have we had an administration so ripe for impeachment. The Obama Administration is a house of cards built upon lie after lie, but Obama was telling the truth when he said he was going to fundamentally transform America, and he has.
The list of impeachable offenses committed by the Obama Administration over the last five years would require a few encyclopedia volumes to fully chronicle. Focusing on ObamaCare alone, it is the single largest theft of 1/7th of the U.S. economy, placing the Federal Government in direct control of health and the life and death of citizens and seizing enormous resources from the private sector.
ObamaCare was rushed through congress without the support of a single Republican vote. The U.S. Supreme Court ruled ObamaCare “unconstitutional” in June of 2012. Still, it is being implemented as if it were constitutionally legal.
Impeachment of Obama could also be pushed through the House without a single Democrat vote. But House Republicans lack the decency and backbone to do it. Were Democrats bothered by the fact that they had to ram through ObamaCare without a single Republican vote in congress? Why are House Republicans scared to use that same power against Democrats?
Despite a totally anti-American first term from Obama, Republicans lost eight seats in the House and two seats in the Senate in the 2012 elections. Democrats control the Senate with a 55-45 seat margin and it is this fact that Republicans use to escape their duties in the House, controlled by Republicans on a 234-201 margin. (See facts here) 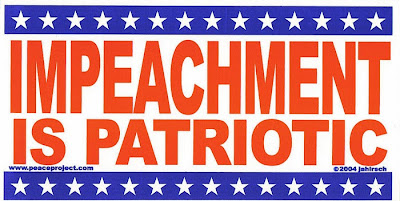 Impeachment must begin in the House where Republicans could advance an impeachment resolution against the Obama regime without a single Democrat vote today. But such a resolution would have to pass the House Judiciary Committee, which would then issue the actual Articles of Impeachment.
The first problem is that House Republicans are more concerned with voter backlash than doing the right thing for America. In a nation of voters with their hand out for federal free stuff, Republicans fear that conservatives are now a minority in America and they could be right, as far as the actively engaged. Too many conservatives are still sitting on the sidelines.
Here’s the second problem… The House Judiciary Committee is also controlled by Republicans at present, by a 23-17 margin. However, at least eight of the seventeen Democrats on that committee are not really democrats at all. Each of the eight are known card-carrying members of one or more of the following organizations – Communist Party USA – Socialist Party USA – Democratic Socialists of America. It could be as many as fourteen of the seventeen if they all came clean in public about their memberships and agendas.
So, House Republicans would have to advance an impeachment resolution on a strict party line vote, after which the House Judiciary Committee would have to pass Articles of Impeachment against the work of seventeen committee Democrats, at least eight of whom are confirmed communists and socialists. The committee would have to pass impeachment articles on a party line vote as well.
If House Republicans had the courage to go this far on their own, it would force hearings on impeachment to begin, during which the American people would get to hear a mountain of evidence against the Obama regime and public perceptions and opinions would shift away from the leftist Obama regime as the public became aware of the many affronts to American freedom and liberty taking place under the current regime in DC. Without impeachment, most Americans will remain ill-informed and disengaged.
Now comes problem number three… According to many who proclaim their opposition to the ongoing destruction of America, the Democrat Senate would never convict Obama under impeachment, with their 55-45 margin in the Senate. Anticipating a strict party line vote again in the Senate, 55 Democrats could block the effort to hold the Obama regime accountable for its anti-American acts.
To this I say… force Senate Democrats to do exactly that!
Expose all of the treasonous acts of the Obama regime in a very public impeachment process and force Senate Democrats to acquit for the whole world to witness! Make Senate Democrats stand up in public for what they really stand for today, the total destruction of the American Constitutional Republic. Make them defend the treasonous acts of their party and their chosen messiah.
Frankly, Republicans have nothing to lose. Their current refusal to stand up and do the right things has already divided their party to the brink of total extinction. Most Americans see congressional Republicans as nothing more the “yes-men” for the political left, at best making impotent gestures of opposition while silently going along with the anti-American global plan to destroy America.
If Republicans don’t make a serious stand fast, their party is all finished anyway. So, they have nothing to lose and everything to gain by taking a real stand for America and forcing Democrats to take a public stand for treasonous international interests against the American people.
That brings us to problem number four…. Blogger “experts” who claim that Obama “cannot be impeached because he isn’t the real president of the United States…”
I have no doubt whatsoever that all members of congress, all nine members of the U.S. Supreme Court and probably every American state governor would disagree with this notion…. They all believe that Barack Obama is the elected president of the United States, even though they all know that his selection was via massive fraud.
As all of these people would refute the notion that Obama is “not the real president of the United States,” he will remain the occupant of the Oval Office until he is removed via impeachment, because impeachment is the constitutional method for removing an unfit occupant of the Oval Office.
In the end, nothing is going to happen that the American people do not force to happen. I recently heard again, a call for the “forced resignation” of Obama & Co…. last I knew, resignation was a “voluntary” act. I’m not sure how one can “force” the current administration to “resign.” I have to wonder about the thought process that leads anyone to believe that this group of Marxists would ever leave power “voluntarily.”
Not only that, the same individual is stating that “impeachment won’t work…” ignoring the fact that it was the threat of impeachment and criminal prosecution that “forced” Nixon to resign.
I heard a well-known talking head call for a constitutional convention, and then say it wasn’t actually a constitutional convention he was calling for… amazing! A convention for the purpose of “amending the constitution” is “not a constitutional convention,” according to the legal mind who wrote the book.
Still, the people remain the only possible solution for America.
House Republicans will only do the right things if the people force them to do the right things. But the people are still dancing on the Titanic. They don’t want the music to stop playing even as the ship sinks.
The people won’t force them to do the right thing unless they stop wasting time and resources on false hope concepts headed for nowhere, despite their good intentions.
Why should House Republicans impeach the entire Obama regime? 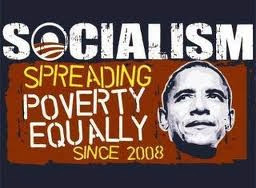 
JB Williams is a writer on matters of history and American politics with more than 3000 pieces published over a twenty-year span. He has a decidedly conservative reverence for the Charters of Freedom, the men and women who have paid the price of freedom and liberty for all, and action oriented real-time solutions for modern challenges. He is a Christian, a husband, a father, a researcher, writer and a business owner. He is co-founder of action organizations The United States Patriots Union, a civilian parent organization for The Veteran Defenders of America. He is also co-founder of The North American Law Center, a citizen run investigative legal research and activism organization preparing to take on American's greatest legal battles. Williams receives mail at: jb.uspu@gmail.com