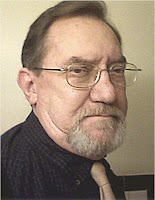 You may not be aware of it yet, but those of us who have been a part of the information media spotted it right away.  I mean, of course, the Democratic Party's full bore initiative to change the name of their latest wealth redistribution endeavor from "Obamacare" to: The Affordable Care Act (or ACA).  The latter is, of course, the OFFICIAL name of the law. But it is better known as Obamacare.  Now THAT is a problem for the dems ... and Obama.

The dems are running scared.  They are past frightened.  They are near panic.  Turns out there are still too many of us old dudes and dudesses around who recognize socialism and communism when we see it and experience it.

You may recall that Obama announced publicly that he LIKED the moniker "Obamacare."  Well, he's having second and third thoughts, these days.  Now, having the name "Obamacare" associated with Obama, himself, and/or the Democratic Party is pure poison.  Not since Prohibition has a law been so unpopular in America.  Heck, in some regions the word "Obamacare" ranks right up there with a cuss-word.  Some, indeed, DO think of it as profane.

With a political massacre awaiting the democrats at the polls in November, they are desperately trying to sever any connection between them and Obamacare.  Problem is -- THEY OWN OBAMACARE.  It is a socialist/communist/Democratic Party program from top to bottom, inside and out.  Not a single republican in the United States Congress voted for Obamacare.  In fact, the republicans warned America that all the "stuff" happening today as a result of Obamacare WOULD, indeed, happen.  Now that it has, democrats are running from it as fast as they can.

I have thought that maybe republicans ought to be sporting bumper stickers that say:  "TOLD YOU SO!" on all their cars and trucks across America.   Maybe a long campaign of ten second TV ads, and some print media, as well.  Just use the words"  "Told you so!"

Seems to me, the task the GOP has before it today is to make sure that Obama and the democrats are unable to disassociate themselves from Obamacare.   Make no mistake:  The Mainstream Media is helping them, at every turn, to forge that separation.  Let's face it -- the MsM is the propaganda wing of the Democratic Party.

Obama, we are told, is on a multi-day mission to build support among America's young people for Obamacare.  He's desperate to pump up enough support for Obamacare that it will survive, at least, his presidency.  Surely, he knows by now that it cannot survive.  His massive effort to drag America, kicking and screaming, into all out socialism is not going as planned.  As I said above -- there are entirely too many of us "seniors" around who know what socialism does to a country, to a society. We've seen it destroy nation after nation and we want nothing to do with it.

It is said the Obamacare is the largest wealth redistribution scheme to ever be foisted upon the people of America.  It also extends government control to one-sixth of the US economy.  That, dear reader, is government control of the citizens, citizens who THOUGHT they were free.

The remaining three years of Mr. Obama's reign will be defining years for America.  The anger and rage at the government, Obama in particular, is slowly reaching critical mass.  A simple trigger will bring devastating destruction -- nationwide -- if the citizenry of America rises up in righteous anger with the determination to rescue their constitution, their country, and their fellow countrymen from the clutches of the Socialist/Communist/Democratic Party tyrants now holding them in a virtual police state. 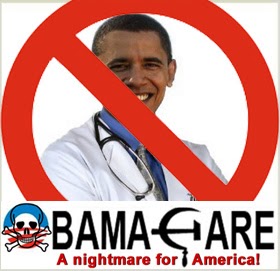 There is no way Mr. Obama can separate himself from Obamacare.  He is the face of Obamacare.  But that is not going to stop the democrats from trying to save their savior ...   and in doing so, sacrifice their own political life in the pursuit of that elusive dream of Utopia, the socialist paradise.

It has been correctly stated that liberty rests on five boxes:  the soap box, the ballot box, the witness box, the jury box, and -- when all else fails-- the cartridge box.

It is my opinion that the Obama Regime's fear of the latter of those boxes above is the explanation for the government's buying up all available ammunition on the American market.

Mr. Obama would do well to remember this statement by Sir Winston Churchill back in 1937:  "Dictators ride to and fro upon tigers which they dare not dismount. And the tigers are getting hungry."

Consider this:  "As soon as the prince sets himself up above law, he loses the king in the tyrant. He does, to all intents and purposes, unking himself by acting out of and beyond that sphere which the constitution allows him to move in; and in such cases he has no more right to be obeyed than any inferior officer who acts beyond his commission." ( Emphasis by underlining mine) SOURCE:  Jonathan Mayhew A Discourse Concerning Unlimited Submission and Non-Resistance to the Higher Powers (1750); cited from John W
ingate Thornton (ed.) The Pulpit of the American Revolution (New York: Sheldon, 1860) pp. 94-5.

It is said that all President's, during their second term, spend a good deal of their time forming and insuring their legacy.  Mr. Obama needn't waste any time doing so.  His legacy is already assured.   Although the history books will, not doubt, disagree, he will be remembered in the hearts and minds of the "vast majority" of the American people as a failed Marxist tyrant ... a man who would have been king had the "proletariat" not risen up.

As William Shakespeare said in "Macbeth:" "This tyrant, whose sole name blisters our tongues, Was once thought honest." (Macbeth (1605), Act IV, scene 3, line 12.)

America has one year -- ONE YEAR -- to pull herself together, and make the determination to purge the government of those adherents to Socialism, Marxism, and Communism.  They must be cast out.  It is America's LAST "last chance."  Election day, in November of 2014, will mark either the last day of a semi-free America or the first day of the rebuilding of our constitutional republic.

Someone, back in the 1770's, once said:  "Rebellion to tyrants is obedience to God."  Soon afterwards America was in her first revolution to gain her freedom, her liberty, from Great Britain.

It is time for freedom loving Americans to rise up and let their combined voices be heard across the land.  No American should be silent in the face of tyranny.

The tiger upon which Obama rides has grown weary -- and -- irritable.  Soon it will dislodge it's burden. He would do well to remember the old limerick by William Cosmo Monkhouse entitled: "There Was A Young Lady Of Niger."  The limerick reads thusly:

"There was a young lady of Niger
Who smiled as she rode on a tiger;
They returned from the ride
With the lady inside,
And the smile on the face of the tiger."

There is a non too subtle message here for all who would ride the American tiger.


"OMEGA OPTION" is the sister site to Insight on Freedom.  Please feel free to leave comments at Omega Option.  All four thousand and some blog posts from this site have been transferred to Omega Option. I appreciate all the traffic my sites receive.