Eighteen and a half years for FREEDOM. 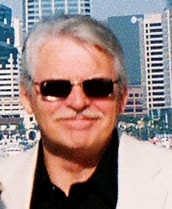 This is what I have given my life for this past nearly two-decades, and yet today I feel more enslaved that at any time in my life. Each day since June of 1965 I have awakened each day with intent and purpose – to teach, inform and educate the American public of that which we face today under the thumbnail of the Obamanites and their ruthless tyranny – and today I am more enslaved that at any time during my nearly sixty-six years on this earth.
Mind you – I lay the blame, not entirely at the hands of our current Tyrant, Barack Obama – for he is just a symptom of what is lacking in this country. He was chosen as ‘the ONE‘ who was best suited to lead this nation smack-dab into Socialism – albeit – the final nail into the coffin of what was once known as ‘America’ – the greatest experiment in Democracy ever known to exist.
Ok, Ok! Don’t give me this crap about, “We are not a Democracy – we are a Republic.” First of all – we are no longer either – but exist as a nation in name only.
God once may have once “… shed His Grace on thee…” but no longer – and rightfully so.
Secondly, from Black’s Law Dictionary, 2nd Edition, 1828
Democracy
That form of government in which the sovereign power resides in and is exercised by the whole body of free citizens; as distinguished from a monarchy, aristocracy, or oligarchy. According to the theory of a pure democracy, every citizen should participate directly in the business of governing, and the legislative assembly should comprise the whole people. But the ultimate lodgement of the sovereignty being the distinguishing feature, the introduction of the representative system does not remove a government from this type. However, a government of the latter kind is sometimes specifically described as a “representative democracy.”
Republic

A commonwealth; a form of government which derives all its powers directly or indirectly from the general body of citizens, and in which the executive power is lodged in officers chosen by and representing the people, and holding office for a limited period, or at most during good behavior or at the pleasure of the people, and in which the legislative power may be (and in modern republics is) intrusted to a representative assembly. See Federalist, No. 39; Republic of Mexico v. De Arangoiz, 5 Duer (N. Y.) 636; State v. Harris, 2 Bailey (S. C.) 599. In a wider sense, the state, the common wealth, the whole organized political community, without reference to the form of government; as in the maxim interest reipulliear ut sit finis litium. Co. Litt. 303.
The intertwining of the two descriptions is quite self-explanatory. From the very outset, we were a Democratic Republic. At the close of the Constitutional Convention of 1787, when queried as he left Independence Hall on the final day of deliberation Benjamin Franklin was asked “Well, Doctor, what have we got—a Republic or a Monarchy?“, to which he reportedly replied, “A Republic – if you can keep it!” (Emphasis mine)
Well – we haven’t kept it! I blame WE – the people of these united States of America! We have become a lazy, slovenly and wanton public – with our hands outstretched for whatever we can get. We have lay before the polls every two or four years and cast “our” votes for whomever promised us the biggest piece of the pie – something for FREE. I hate to tell you – but there is nothing ‘free’ – not not corporate bailouts by the government, not food, clothing, healthcare nor shelter. There is a cost that someone MUST pay. And we have been the suckers who have footed the bill. Those of us who have chosen to continue working for the welfare of our families, have been the feeders of the bleeders.
In the words of Karl Marx,
“In a higher phase of communist society, after the enslaving subordination of the individual to the division of labor, and therewith also the antithesis between mental and physical labor, has vanished; after labor has become not only a means of life but life’s prime want; after the productive forces have also increased with the all-around development of the individual, and all the springs of co-operative wealth flow more abundantly—only then can the narrow horizon of bourgeois right be crossed in its entirety and society inscribe on its banners: From each according to his ability, to each according to his needs.” (Emphasis mine)
Apparently America today seems to have minimal ability but much need. The average American today needs to be led around by the hand – herded like sheep at the trough – and if the media and Obama the Great and Powerful isn’t telling you what to think or do – you don’t seem to be able to wipe your derrière without a guiding hand – and if you let THEM get their hands anywhere near your backside – you had better closely watch your pocket or your orifice. One way or the other – they WILL hurt you.
Rip van Winkle has been one lucky dude for these past forty years or so, as he has shacked up with the dolts of this land and had his way with us all. Now some are awakening to to a cowardly New World and are wondering, “What the hell happened?“. Why is it always forty? Noah and the Ark? Moses? Well, just like Moses, we as a nation have been wandering in the wastelands for forty years. I believe that it will be much longer for America…
For the reasons described above and for many more, I have decided to take a month off from my daily broadcasts. As relates to this site – updates and new posts will be somewhat slim – unless I get a wild hair – well – you know where – so, don’t expect too much.
It’s time to decide just what plan of attack I will embark upon for the rest of my days here on this earth. My expectation is to back on the air on or about January 2, 2014. But as the song says, “Who knows where or when?“
Continue to drop in every few days or so, and I’ll keep you updated as to what my plans are and when I’ll be back to normal – what ever ‘normal’ is.
Until then,
I’ll see you at Sunset.
Without Apology I am,