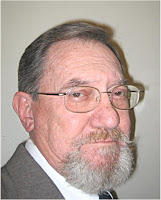 I cannot, for the life of me, understand those Americans who

would like the US to no longer be a super power and/or a world leader.

What kind of warped mental capacity does that take, exactly?

Those are folks of the so-called "elite intelligentsia."  Why, even some in former -- and current -- presidential administrations espoused this belief.  It is utterly astounding.

If they espoused such beliefs in the now defunct old Soviet Union, they’d be snatched out of their beds in the middle of the night and whisked away to a state run mental Institution until they were better -- and “re-educated”.

Look, the US has its problems.  There is no denying that -- and we don’t.  But we don’t sweep them under the rug, either.  We deal with them -- right out in the open -- for the world to see.

Allow me to inquire:  Which country, exactly, would those who apparently do not care for their country’s world leadership, want to see leading the world?  France, Germany, Russia, China, Saudi Arabia, India, Japan, Argentina, Brazil, Canada, South Africa, Italy, Greece, Spain, or some of the lesser known tiny principalities?  See what I mean?  We’re it… by default!!!

The envy of countries like France is palpable.  France was, until the financial bottom fell out,  bent on becoming the leader of what some Europeans had hoped would become the United States of Europe.  But our suggestion to France then, and remains today -- don’t hold your breath.

The vast numbers of the countries mentioned above are socialist countries, welfare states.  Their economies are in bankruptcy -- or one step from bankruptcy -- at all times.  They have no capable militaries to defend themselves and are at the mercy of predator states… except for the protection rendered by the US.  We are the world’s policeman, again…by default.

We have the only country capable of providing for ourselves and for much of the world, as well.  We made the hard decisions and we stuck by them.  Right up, that is,  until WE decided to taste socialism.  We had allowed our democracy to grow and prosper and we protected it though the years when it was weak and tottering.

Today, only half the people of America support the path of socialism the US government has chosen.  The nation is split, right down the middle.  Just days away from the most important election in the history of the nation, we are weighted down with concern as to whether we will survive as a constitutional republic or survive only as a socialist dung heap. 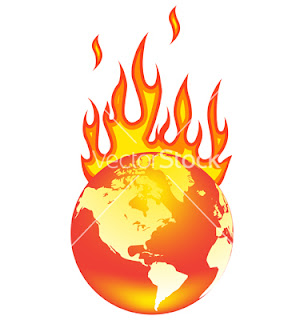 Let's be clear here.  If the US does not survive as a constitutional republic the world, as we know it, will cease to exist. Europe will most certainly return to its former iteration as a bloody battlefield.  The  Middle East, already in flames, will tear itself apart.  Africa will spiral right back into a black hole.  Russia and Asia will be locked in mortal combat for hegemony of that region, South America will ... well, WHO KNOWS what will happen to our southern neighbors?  And Mexico?  Well, Mexico  seems to have forgotten -- they SOLD us the land they are trying to re-populate today.  Anyway, you get the idea.

America has rushed to help her neighbors, all over this planet, when they are threatened.  She respond to world disasters all the time.  It is to the US that all eyes turn for leadership…especially when they are in trouble.

And even though America is going through a rough patch,  the eyes of the world are still on her -- imploring her to heal herself -- so she can save the remainder of the world from itself.

If, dear reader, you're hoping for self-deprecation here, I assure you, it ain't coming.

So.  If the rest of the world can manage not to eviscerate itself until we Americans can take care of a little business here at home, we'll soon be back on the beat.  But first we must clean out our own house -- and I can also assure you, we are already about that task, even as I write.