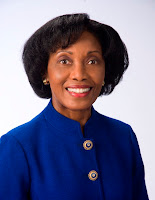 (LINK TO THIS ARTICLE)

Black History Month affords us an opportunity to pause and reflect on why it is important for black Americans to know the true history of civil rights.


Democrats have been running black communities for the past 40+ years, and the socialist policies of the Democrats have turned those communities into economic and social wastelands.  Buildings are dilapidated, teen pregnancy is at an all time high, school drop out rate is 50% and 70% of black babies are born out of wedlock.  In his book “Dreams from My Father,” President Barack Obama described what he and other Democrats do to poor blacks as “plantation politics”.

Democratic Party leaders foster dependency on government handouts that result in generational poverty.  Yet, black Americans continue to vote monolithically for Democrats.  Why?  Blacks have been wrongly convinced that the Republican Party is a racist party.
Democrats have spent the last 40 years re-writing the history of civil rights and put on the shoulders of Republicans the racist past of the Democratic Party.

As author Michael Scheuer stated, the Democratic Party is the party of the four S’s:  slavery, secession, segregation, and now socialism.  From its founding in 1854 as the anti-slavery party, the Republican Party has always been the party of freedom and equality for blacks.  After winning the Civil War, Republicans amended the Constitution to grant blacks freedom, citizenship, and the right to vote.  Republicans then passed civil rights laws in the 1800′s that were overturned by Democrats with the Repeal Act of 1894 after Democrats took over Congress in 1892.  Democrats also enacted the discriminatory Black Codes and Jim Crow laws.  It took Republicans nearly six decades to finally achieve passage of civil rights legislation in the 1950’s and 1960s.


Even though Democrat President Harry Truman’s issued an Executive Order in 1948 to desegregate the military, it was Republican President Dwight Eisenhower who actually took action to effectively end segregation in the military and subsequently pushed to pass the Civil Rights Act of 1957.  Further, it was Democrat President Franklin D. Roosevelt who began dependency on government handouts during the Great Depression with his “New Deal” that turned out to be a bad deal for blacks.


During the civil rights era of the 1960′s, Dr. Martin Luther King, Jr. fought against the Democrats, including Democrat Public Safety Commissioner Eugene “Bull” Connor in Birmingham who let loose vicious dogs and turned skin-burning fire hoses on black civil rights demonstrators.  Democrat Georgia Governor Lester Maddox famously brandished ax handles to prevent blacks from patronizing his restaurant, and Democrat Alabama Governor George Wallace blocked the entrance of two black students at the University of Alabama in 1963.  All of these racist Democrats did not become Republicans.

The so-called “Dixiecrats” were a group of Southern Democrats who, in the 1948 national election, formed a third party – the State’s Rights Democratic Party – but continued to be Democrats for all local and state elections, as well as for all future national elections.
It defies logic for Democrats today to claim that the racist Democrats suddenly joined the Republican Party after Republicans finally won the civil rights battle against the racist Democrats.  Notably, Republican Senator Everett Dirksen from Illinois pushed through the landmark 1964 Civil Rights Act.  In fact, Dirksen was instrumental in the passage of civil rights legislation in 1957, 1960, 1964, 1965 and 1968.   Dr. Martin Luther King, Jr. hailed Senator Dirksen’s “able and courageous Leadership” in obtaining passage of civil rights legislation.

Democrat Presidents Lyndon Johnson and John F. Kennedy are heralded as civil rights advocates.  However, both Johnson and Kennedy voted against the 1957 Civil Rights Act.  In his 4,500-word 1965 State of the Union Address, Johnson addressed numerous federal actions, but devoted only thirty five words to civil rights and none to voting rights.

Johnson’s anemic civil rights record can be found in his presidential papers.  Kennedy opposed the 1963 March on Washington and authorized his brother, Attorney General Robert Kennedy, to investigate Dr, King on suspicion of being a Communist.
Democrats condemn President Richard Nixon for his “Southern Strategy” that was an effort to get fair-minded people in the South to stop voting for racist Democrats.  Pat Buchanan, the architect of the “Southern Strategy,” wrote in a 2002 article that Nixon said the Republican Party would leave it to the Democratic Party, the “party of Maddox, Mahoney and Wallace to squeeze the last ounce of political juice out of the rotting fruit of racial injustice.”

A key feature of National Black Republican Association’s educational campaign is publicizing the fact that Dr. Martin Luther King, Jr. was a Republican and remained a Republican until the day he was killed.


If we are successful with our educational campaign, black Americans can seize control over their own destiny, stop having their vote taken for granted, and vote for politicians based on the content of their policies, and not merely the label of their party.
Frances Rice, Esquire – Lieutenant Colonel, US Army (Retired)

ABOUT THE AUTHOR:
Frances Rice’s great-great-grandparents were slaves.  She spent her formative years in poverty in the segregated South during the 1940′s, 1950′s and 1960′s. She suffered personally from discrimination in the Democrat-controlled South and while in High School participated in civil rights protests.

Over the years, using her Republican Party principles of hard work, getting a good education and personal responsibility, Frances pulled herself out of poverty.  She joined the Army in 1964 as a Private and retired as a Lieutenant Colonel after 20 years of active service.  She received a Bachelor of Science degree from Drury College in 1973, a Master of Business Administration from Golden Gate University in 1976, and a Juris Doctorate degree from the University of California, Hastings College of Law in 1977 – all while serving in the US Army.


During twenty years of active duty in the US Army, Frances served in a variety of positions, including commander of a WAC company, adjutant of a basic combat training brigade, a prosecuting attorney, and chief of the administrative law division.  She also served as a special assistant to the Army Judge Advocate General and an adviser to the Deputy Assistant Secretary of Defense for Equal Opportunity.

Subsequent to her military career, Frances worked for the McDonnell Douglas Corporation, serving first as a member of that company’s “think tank,” and then as a government contract advisor.  She later taught Business Law for the European Division of the University of Maryland in Brussels, Belgium.


Frances became politically active in 1982 and served as a member of President Ronald Reagan’s Private Sector Initiatives Task Force.  She worked as a volunteer in the campaigns of Presidents Ronald Reagan, George H. W. Bush, and George W. Bush, as well as Governor Jeb Bush and Governor Charlie Crist.

Among the awards she received during her military career is the Legion of Merit, the second highest honor that can be bestowed upon a non-combatant.  In 1987, she was accorded the distinction of being one of America’s top 100 Black Business and Professional Women by the editorial board of Dollars and Sense magazine.
Posted by Longstreet at 1/29/2012 03:10:00 AM

Excellent read. God Bless Frances Rice for her truthful insight to all this madness.

Thank you Frances Rice, you are a true AMERICAN. America needs to know these Truths? We cannot continue to ignore or bury this History... how do we get this information to those that need it most. We can never change those who choose to ignore Truth because they have a political agenda to enslave others. But some are just ignorant and easily swayed, controlled and enslaved by the others... that is the group that we must target, for their sake and the future of our country. NO MORE POLITICAL CORRECTNESS, as Dr. Carson stated "it is dangerous"!