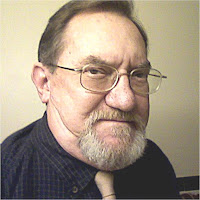 One thing about the Hippie generation, they are relentless. Even after the air headed-ness of their ideas has been 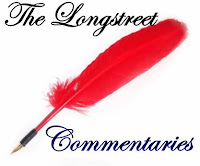 Heck, we have a President of the US actually making a fool of himself all over the globe, even today, pressing forward the "Ban the Bomb" agenda of the 1960's "flower children."

It is so close to ridiculous that it is no longer funny.

Now known in some parts of the world as "No Bomb Obama," he has most recently been chasing Russia's Vladimir Putin around trying to demonstrate just how "flexible" he (Obama) can be ... now that he has been reelected, and all.

You may recall that the UN Security Council, back in September of 2009, unanimously approved a US-drafted, Obama-authored resolution in New York committing to work towards a world without nuclear weapons.  I am still embarrassed by that.

Banning the "A" bomb has never really made a whole lot of sense to me since it is not the ultimate weapon anymore, if it ever was. 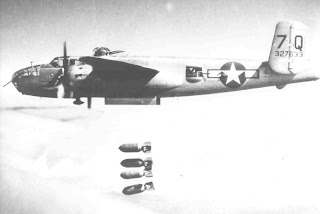 Think about it a moment.  Even in the closing days of the Second World War, as the US was bombing the living daylights out of Japan,  the Allies were inflicting far more damage and killing far more of the enemy's people with conventional bombs, especially those "fire bombs" (The incendiary bombs we dropped on Japan's cities.)  Earlier, in Germany, the city of Dresden became a maelstrom of death and destruction by high explosive and incendiary bombs.  It became a literal "hurricane of fire" -- and death.

No. The Nuclear Free World mantra is just another of those warm and fuzzy "sayings" or philosophies put forth by the political left, the world over, to press forward their march to Utopia, an imaginary place considered to be perfect or ideal, AND the mythical land of Nirvana, a  place of complete bliss and delight and peace.

No matter that it is all Bovine Scatology. It is their "pipe" dream and they insist on maintaining it.  Problem is -- they also insist on aggravating the real world half to death with their perpetual rantings about it.

Back in 2009 Obama is reported to have stated:  "We harbor no illusions about the difficulty of bringing about a world without nuclear weapons. We know there are plenty of cynics, and that there will be setbacks to prove their point. But there will also be days like today that push us forward - days that tell a different story. It is the story of a world that understands that no difference or division is worth destroying all that we have built and all that we love." SOURCE:  http://articles.timesofindia.indiatimes.com/2009-09-24/us/28063316_1_nuclear-security-summit-nuclear-weapons-resolution

Obama is insistent upon reducing America's nuclear arsenal as an example to the remainder of the nuclear club nations of the world in the HOPE they will be converted into true believers with those cute little daises protruding from the barrels of their soldier's AK-47's. 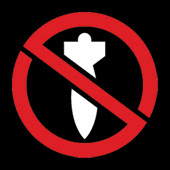 If Obama wants to stop the proliferation of nuclear bombs, may we suggest that he get off the dime and bomb the dickens out of Iran's nuclear facilities -- post haste.  We've fiddled around with the Persians for far longer than was necessary -- OR prudent.

The Middle Eastern regional war Obama claims to be so frightened of igniting with a raid on Iran's nuclear bomb making plant(s) is already in the making in a place called Syria. Now that he has introduced -- OVERTLY  -- American assistance to the rebels there, that excuse is gone, especially when one considers Iran's introduction of some 4,000 of their troops into the Syrian civil war on the side of the Syrian tyrant Assad. That figure does not take into account the thousands of irregular Iranian troops fighting for Assad, as well. 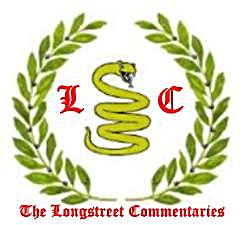 So, why wait any longer to strike Iran?  Is Obama setting the US up to lose a fourth war in the Middle East?  (Count 'em:  Iraq, Afghanistan, Syria, and possibly Iran)

Here is exactly what Obama is going to do: talk...

That's it, that's ALL the dumb SOB has, talk, and he can't even do that if his teleprompter goes out..

The man is an imbecile.