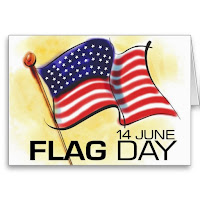 It would almost be funny if it were not so serious -- the reports of sexual assaults coming out of the various divisions of the US military today. 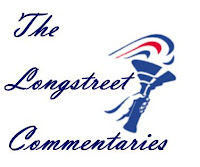 I have to ask:  What the heck did they expect???  I mean, of course, the so-called experts who insisted that adding women to combat units within the military and then -- to really set the entire experiment up for failure -- adding homosexuals openly serving in the military to the mix.

A complete blithering, slobbering, idiot could see this coming from a league away. (OK -- a league is THREE miles -- 15,840 feet)

Look.  I'm a veteran.  But today, I am embarrassed to have the Army stickers on my truck! They'll soon come off. I cannot support the organization masquerading today as the US Army.

Since its founding America has taken great pride in it's military. But no longer.  The pride is lessening as each day passes and Americans become more aware of what has happened to our military, to our soldiers, to our boys.

Consider this from the Daily Beast: " ... male-on-male sexual assault. In the staunchly traditional military culture, it’s an ugly secret, kept hidden by layers of personal shame and official denial. Last year nearly 50,000 male veterans screened positive for “military sexual trauma” at the Department of Veterans Affairs, up from just over 30,000 in 2003. For the victims, the experience is a special kind of hell—a soldier can’t just quit his job to get away from his abusers. But now, as the Pentagon has begun to acknowledge the rampant problem of sexual violence for both genders, men are coming forward in unprecedented numbers, telling their stories and hoping that speaking up will help them, and others, put their lives back together. “We don’t like to think that our men can be victims,” says Kathleen Chard, chief of the posttraumatic-stress unit at the Cincinnati VA. “We don’t want to think that it could happen to us. If a man standing in front of me who is my size, my skill level, who has been raped—what does that mean about me? I can be raped, too.”   SOURCE:  http://www.thedailybeast.com/newsweek/2011/04/03/the-military-s-secret-shame.html

The article in the Daily Beast goes on: "In fact, it is the high victimization rate of female soldiers—women in the armed forces are now more likely to be assaulted by a fellow soldier than killed in combat—that has helped cast light on men assaulting other men. For most of military history, there was neither a system nor language in place to deal with incidents of soldier-on-soldier sexual assault. It wasn’t until 1992 that the Defense Department even acknowledged such incidents as an offense, and initially only female victims were recognized. But last year more than 110 men made confidential reports of sexual assault by other men, nearly three times as many as in 2007."  Source:  http://www.thedailybeast.com/newsweek/2011/04/03/the-military-s-secret-shame.html

My friend, Alan Caruba, said in an article published in January of this year:  "In recent times, two Presidents, Clinton—a draft dodger—and Obama have had no military experience to draw upon. Over the objections of their generals, both introduced policies to include and protect homosexuals in the U.S. military services. Now the doors have been opened to permit women to fight beside men. The military is not a place where one conducts social experiments. It’s a place where men go in harm’s way to protect the nation." SOURCE:  http://factsnotfantasy.blogspot.com/2013/01/destroying-us-military.html

In an article entitled:  "Destroying The U.S. Military From Within," at cnsnews.com,   Frank J. Gaffney, Jr. writes:  "The Obama administration's announcement that it is going to put women in front-line ground combat positions is but the latest example of a deliberate and systematic wrecking operation it has conducted against the armed forces since 2009." - SOURCE: http://cnsnews.com/blog/frank-j-gaffney-jr/destroying-us-military-within#sthash.MfjXHzm3.dpuf

Gaffney goes on:  "It is impossible as a practical matter to provide for separation of the sexes in frontline positions. That guarantees a loss of privacy and greatly increases the chances of pregnancies and harassment that: profoundly affects the personnel immediately involved; causes degrading of their units' warfighting capabilities; and traumatizes their families or, at a minimum, erodes the essential support for uniformed service that those loved ones provide." - SOURCE: http://cnsnews.com/blog/frank-j-gaffney-jr/destroying-us-military-within#sthash.MfjXHzm3.dpuf 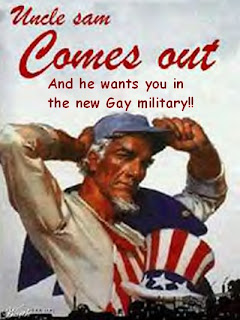 Gaffney continues:  "The disastrous effect on the U.S. military of such wholly avoidable wounds is compounded by such other Obama administration-directed measures as:  The imposition of the radical homosexual agenda on an institution that has, until 2010, by culture as well as by law, prohibited openly gay individuals from serving in its ranks." - SOURCE: http://cnsnews.com/blog/frank-j-gaffney-jr/destroying-us-military-within#sthash.MfjXHzm3.dpuf-

Now take all this and add to it the loss of two wars (The War in Iraq and soon the war in Afghanistan)  and there can be no question that the American military is coming undone -- is coming apart.

The loss of moral support by the civilian public at home, alone, will gut the US military of, perhaps, it's greatest source of strength.

Heretofore, young men were encouraged to join the US Military.  It was famously said: "It will make a man of you!"  That can no longer be said, except in jest.  I suspect that "... looking for a few good men." will be dropped as well.

As the deterioration of the US military continues, I believe the US will, in years to come, be better served by an army of mercenaries than by our regular forces.

It will take a while, but eventually the ranks will be purged of moral, God-fearing troops from the officer corp down through the lowliest Private. Already, they are being told they are not welcome into today's military.

Consider this:   On September 16, 2010, Lt. Gen. Thomas P. Bostick, Deputy Chief of Staff in charge of personnel matters made a speech regarding the pending repeal of "Don't Ask Don't Tell". He was reported as saying, "Those serving who oppose the lesbian, gay, bisexual and transgender (LGBT) agenda are no longer welcome."  SOURCE:  http://www.nowtheendbegins.com/writers/john-mcternan/declaration-of-Gods-holiness.htm

It is not much of a stretch to believe that as God-fearing troops are driven from the military, America will eventually have a military made up of godless, mind-numbed robots of the political left who will, without thinking, carry out the orders given them -- including orders to act against the American civilian population.  America will be left with a military that will have no qualms about acting against the American people.

It should be clear now why our Founding Fathers did not support a standing army for this new country.  Nearly two and a half centuries ago they could see the danger we are about to face with our modern standing army.

I have heard the protestation that the US doesn't need as strong an army as we have had in the past.  We have all the new electronic gadgets, drones, missiles, satellite guided weapons, even computerized artillery to fight our wars.  They go on to say that even the weakest of women can push a button taking out hundreds of the enemy's soldiers at one shot.

That is true, as far as it goes.  But aren't we forgetting that a single EMP (Electromagnetic Pulse) artillery shell, or missile, or bomb will instantly throw us back to the time of the American Civil War and have our troops struggling on the battle field, man to man, hand to hand, with nothing but small arms and bayonets, or as sometimes happened during the Civil War, with bare fists, sticks, and clubs.

The danger has always been with the new advanced weapons of war that we would become far too reliant upon them.

I could go on and on with scenario after scenario but the simple truth is this:  We have compromised our military and, by extension, the defense of the country.  And there is no acceptable excuse for it.

We have already begun to pay the price in lost souls, lost lives, lost wars, lost treasure, lost pride, and --- if we aren't very careful -- a lost country.