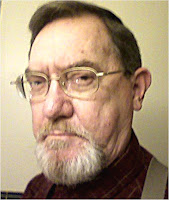 The term I see and hear continually popping up in leftist writings and chattering is "Anti-Intellectualism."  Sounds like a pitch fork and torch crowd about to lynch an elitist college professor in the middle of the night.  That's what it is supposed to sound like and that is the scene it is designed to conjure up in the minds of the reader and hearer.

Now, yours truly is one of those characters the left just LOVES to hate.  I am what they call today a constitutional conservative.  Simply put, it means I believe in the tenets of the ORIGINAL constitution and I further believe the US government has strayed far from the boundaries of the constitution and we, the people, have an obligation to drag them back within those boundaries, kicking and screaming if necessary, but, for our own protection as a free people, we MUST regain control of our government.

So how does that make me an anti-intellectual.  Truth be told -- I haven't a clue.  But somehow, in the minds of our leftist adversaries, it does.

Wow!  Them anti-intellectuals must be some purty dumb folk, right?

Hang on because we are about to see how the left has created a derisive term to cover anyone who believes in speaking the truth about the socialist, progressive, liberal, academic, political left.

The very next paragraph from the Wikipedia article says the following:  "In public discourse, anti-intellectuals usually perceive and publicly present themselves as champions of the common folk — populists against political elitism and academic elitism — proposing that the educated are a social class detached from the everyday concerns of the majority, and that they dominate political discourse and higher education."

Before I tackle that allow me to offer this:  Down south, where my life and my heart resides, we have "a saying," which I believe was tailor-made for the academic elite. "He/she is educated beyond his/her ability."   See, we believe that is a very real, actual, affliction.  We have all met, heard, seen on TV, read in the newspapers, read in magazines, the pontification of those people with a string of letters after their names which is supposed to just impress the heck out of us.  Often, their sincere take on the human condition, politics, science, the arts, etc, is, frankly, only amusing.

Because they lack "common sense."

There is another "old saying," actually two, I'd like to offer for your consideration:  One -- "Common sense isn't very common."  And two:  "It is better to remain silent and allow folks to THINK you're a fool, that to speak out -- and remove all doubt."

I am afraid our friends on the left have yet to confront those two pearls of wisdom, therefore they prattle on and as the scriptures tell:  "Thinking themselves wise, they have become as fools."

Now, I have spent a few minutes considering the definition of anti-intellectualism as rendered above, and after that painful exercise, I have concluded that the left is correct in including me within the bounds of their definition.

Here's why I say that.  I happen to believe, along with a few million other Americans, that the folks who wrote and ratified our constitution said what they meant and meant what they said.  I DO NOT believe the constitution is a "living, breathing, document."  For it to have any power at all it must remain a document set in stone.  Change is allowed but it must be by an act of Congress and then that congressional act must be approved by the people of the country in a state by state ratification BEFORE it becomes a part of that document.  Changing, or amending, the constitution was MEANT to be a difficult affair.  So much for my political views.

If the left were to accuse me of being distrustful of direction handed down to the great unwashed masses by academics who have no real life experience other than that they have had on a college campus, then -- I plead guilty.

If the left were to accuse me of being disrespectful of America's public education system and its utter failure to educate America's youth -- again -- I plead guilty.

If the left were to accuse me of being distrustful, derisive, and even dismissive of pseudoscience, which claims human beings are the direct cause of something they like to call "global warming" and "climate change" and that over population of the earth BY HUMANS is bringing on the end of the world as we know it -- absolutely, I plead guilty.

I have just touched the TIP of the iceberg here.  It would seem that yours truly is everything the left loves to hate.  And that is fine with me.

What the left cannot grasp, however, is that my conservative faction feels as strongly about our belief as they do.  As a result, we will fight their efforts with everything we have -- for as long as it takes.  It is a sort of checks and balances system.  It works by not allowing America to go too far either way.  That, in my estimation, is a good thing.

We have learned a thing or two from history that serves America well.  We have learned that the political pendulum swings both ways and just at the second it appears the pendulum is not going to swing back, it stops, reverses itself, and swings all the way across the spectrum 'til it stops at the opposite extreme.

I believe America's pendulum is, at the moment, stopped at the left extreme of its swing.  We have a Presidential Administration which is so far left it is socialist.  Americans are sick at heart about it and they intend to shove the pendulum hard -- back towards the right.

The infantile whining and over indulged angst of the of the left, and their broad attempts to define and redefine those of us on the right side of America's political spectrum, only lends credence to  the right's claim that the political left is simply not up to the job of governing a country in crisis. There is no time for a vision quest (as some have referred to it)  or social experiments. America desperately needs experienced leadership to begin the long climb out of the morass we have gotten ourselves into by implementing the leftist agenda.

It won't be easy.  It will be a long hard grind -- and it will hurt. One pays for one's mistakes.  America made a huge mistake in 2008 and now we are paying dearly for that error in judgment.  But we can and WILL survive.  Such is the faith I have in America and her people.

"I have learned a thing or two from history that serves America well. We have learned that the political pendulum swings both ways and just at the second it appears the pendulum is not going to swing back, it stops, reverses itself, and swings all the way across the spectrum 'til it stops at the opposite extreme."

...and that is one darn good reason to have hope.