Obamacare is Making Me Crazy 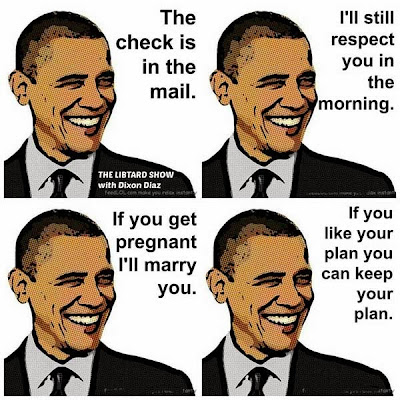 The late William F. Buckley, Jr., the founder of the National Review and advocate of conservatism, once said, “Liberals claim to want to give a hearing to other views, but then are shocked and offended to discover that there are other views.”


The truth of this is being acted out as Democrat leaders blame Republicans for the failures of Obamacare, no doubt because no Republican in Congress voted for the Affordable Care Act, one of the great misnomers of recent times. There is nothing affordable about Obamacare for the millions who have had their health care policies cancelled, only to learn that the government-approved policies now come with far higher premiums.


Obamacare is an example of the great failure of liberalism; the belief that the solution to all problems can be provided by the government. Anyone with even the slightest knowledge of the U.S. Constitution knows that it was it was written to limit the federal government’s powers. It mostly says to Congress and the President, “no, you can’t do that.” It most certainly doesn’t say they have the power to compel people to buy something they don’t want by calling it a tax.


My own health plan with AARP was altered and I have had to find a new physician who is part of its HMO plan. I liked my former physician and like many people I find this mandate one more way Obamacare has taken away my free choice in such matters.


Government should not be doing this and, if any good comes out of this, it is that millions of Americans sleep-walking through life have discovered how hideous it is when government eliminates any “real” choice. Offering you a bunch of healthcare insurance policies you don’t want or which are too costly is not a definition of choice.


Politically, this is a Republican wet dream. The November 18 Rasmussen Report poll found that 58% of the likely voters they surveyed view Obamacare “unfavorably.” That’s up five points from the previous survey and “the highest finding in regular surveying since early January.” The report noted that 62% believe that increased free market competition will do more to reduce health care costs than more government regulation.


Many Republican pundits are advising that the Party do nothing to delay the implementation of Obamacare. Larry Kudlow reminds people of the old political adage, “If your opponent is determined to hang himself, for Heaven’s sake, don’t take away the rope.”


All voted for Obamacare, as did every other Democrat in Congress. If they are defeated and replaced by Republicans, the Senate and the House will have sufficient votes to repeal Obamacare. It just doesn’t get less complicated than that. A presidential veto would be over-ridden.


Meanwhile, there are still a slew of cases making their way through the court system that would overturn Obamacare as unconstitutional. The Supreme Court might welcome a second whack at it in order to clean their hands of the mess to which they contributed.


My own educated guess is that Obama will continue to lie and lie and lie some more. At some people, many brain-dead zombie liberals will rise from their ideological graves and walk to the voting booths to register they anger and displeasure.


At some point Obamacare is doomed. It’s just that awful.