A Climate Of Fear, Cash And Correctitude ... Paul Drieseen and Dennis Mitchell


*********************************
Earth’s geological, archaeological and written histories are replete with climate changes: big and small, short and long, benign, beneficial, catastrophic and everything in between.
The Medieval Warm Period (950-1300 AD or CE) was a boon for agriculture, civilization and Viking settlers in Greenland. The Little Ice Age that followed (1300-1850) was calamitous, as were the Dust Bowl and the extended droughts that vanquished the Anasazi and Mayan cultures; cyclical droughts and floods in Africa, Asia and Australia; and periods of vicious hurricanes and tornadoes. Repeated Pleistocene Epoch ice ages covered much of North America, Europe and Asia under mile-thick ice sheets that denuded continents, stunted plant growth, and dropped ocean levels 400 feet for thousands of years.
Modern environmentalism, coupled with fears first of global cooling and then of global warming, persuaded politicians to launch the Intergovernmental Panel on Climate Change. Its original goal was to assess possible human influences on global warming and potential risks of human-induced warming. However, it wasn’t long before the Panel minimized, ignored and dismissed non-human factors to such a degree that its posture became the mantra that only humans are now affecting climate.
Over the last three decades, five IPCC “assessment reports,” dozens of computer models, scores of conferences and thousands of papers focused heavily on human fossil fuel use and carbon dioxide and greenhouse gas emissions, as being responsible for “dangerous” global warming, climate change, climate “disruption,” and almost every “extreme” weather or climate event. Tens of billions of dollars have supported these efforts, while only a few million have been devoted to analyses of all factors – natural and human – that affect and drive planetary climate change.
You would think researchers would welcome opportunities to balance that vast library of one-sided research with an analysis of the natural causes of climate change – so that they can evaluate the relative impact of human activities, more accurately predict future changes, and help ensure that communities, states and nations can plan for, mitigate and adapt to those impacts. Unfortunately, that’s rarely the case.
In autumn 2013, Nebraska lawmakers budgeted $44,000 for a study of climate cycles and natural causes – avoiding additional speculation about man made effects. Several Nebraska researchers rejected the idea, saying the budget was insufficient and they would not be interested unless human influences were made part of the study. They would not compromise their integrity or let politics dictate their research, they said. Ultimately, the project was cancelled in favor of yet another study of human influences.
Integrity is an important concern, especially when so many scientists have accepted far larger sums for research that emphasizes human causes, including some at Penn State, Virginia, George Mason and other institutions associated with the IPCC and EPA. Such grants have brought us “studies” connecting “dangerous manmade global warming” to dwindling frog populations, shrinking Italian pasta supplies, clownfish getting lost, cockroaches migrating, and scores of other remote to ridiculous assertions.
It is essential that some studies now begin to assess, understand and calibrate the powerful, complex, interrelated natural forces that drive climate fluctuations, cycles and changes. Only then will we be able to discern and separate significant human influences – and begin to predict why, when, how and where Earth’s climate is likely to change in the future. Even $44,000 would have enabled these accomplished Nebraska researchers to examine existing scientific papers and prepare a valuable report on natural factors that would help to put human influences in context. Only such comprehensive knowledge will enable us to predict, prepare for, mitigate and adapt to future climate variations with sufficient accuracy.
American taxpayers alone are providing billions of dollars annually for research focused on human factors, through the EPA and other government agencies. The universities and other institutions routinely take 40% or more off the top for “project management” and “overhead.” None of them wants to derail that gravy train, and all fear that accepting grants to study natural factors or climate cycles would imperil funding from sources that have ideological, political or crony corporatist reasons for making grants tied to manmade warming, renewable energy and related topics. Peer pressure, Eco-activist harassment, politically correct posturing, and shared ideologies about fossil fuels, forced economic transformations and wealth redistribution via energy policies also play a major role, especially on campuses.
Racial and sexual diversity is applauded, encouraged, even required, on campuses, as is political diversity across the “entire” spectrum from communist to “progressive.” But diversity of opinion is restricted to 20x20-foot “free speech zones,” and would-be free speech practitioners are vilified, exiled to academic Siberia, dismissed or penalized – as “climate skeptics” from Delaware, Oregon, Virginia and other institutions can testify. Robust debate about energy and climate issues is denounced and obstructed.
As The Right Climate Stuff team points out, we cannot possibly model or distinguish human influences on climate change, without first understanding and modeling natural factors. But solar, cosmic ray, oceanic and other natural forces are dismissed in the corridors of alarmism. Even the adverse effects of climate change and renewable energy policies on jobs, economic growth, human health and welfare, and bird and bat populations receive little attention. Sadly, science has been subjected to such tyranny before.
When Copernicus, Kepler and Galileo found that science and observations did not support Ptolemy’s clever and complex model of the solar system, the totalitarian establishment of their day advised such heretics to recant – or be battered, banished or even burned at the stake. Today’s climate models are even more clever and complex, dependent on questionable assumptions and massaged data, unable to predict temperatures or climate events, and employed to justify costly energy and economic policies.
The modelers nevertheless continue to enjoy fame, fortune, power and academic glory – while those who question the garbage in-garbage out models are denounced and ostracized. 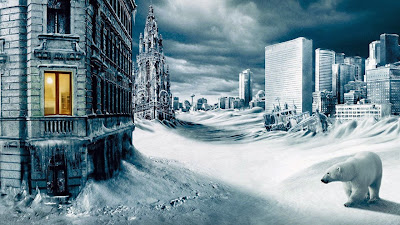 A particularly ugly example of junk science occurred in Stalin’s Soviet Union, where Trofim Lysenko rejected plant genetics and promoted the idea that traits were acquired by exposure to environmental influences. His delusions fit the regime’s utopian fantasies so well that a generation of scientists accepted them as fact, or at least said they did, so as to stay employed, and alive. Meanwhile, Lysenko’s crackpot ideas led to agricultural decline, crop failures, starvation, and finally the demise of the centrally planned Soviet economic system that perpetrated and perpetuated suffering for millions of people.
Skepticism and debate would have saved resources and lives. However, the Stalinist political machine would not tolerate dissent. Today’s scientific disease is less pernicious. However, politically driven science still frames critical public policies, because ideologically driven government has become the dominant financier of science. The disease has already crippled Europe’s industry and economy. It now threatens the vitality of the once powerful and innovative American system.
We’re all familiar with the Third World “democratic” process, where voters are “persuaded” by fear, fraud, deception, free meals and sham theatrics to give tin-pot dictators 97% of the “freely” cast votes.
Today we’re told 97% of climate scientists agree that the science is “settled” on climate change. This sham “consensus” is based on 75 of 77 scientists who were selected from a 2010 survey that went to 10,257 scientists. It ignores the 700 climate scientists, 31,000 American scientists and 48% of US meteorologists who say there is no evidence that humans are causing dangerous climate change.
More important, science is not a popularity contest or a matter of votes. As Galileo and Einstein demonstrated, one scientist who is right, and can prove it with evidence, trumps hundreds who have nothing but models, old paradigms, scary headlines and government cash to support their hypotheses. 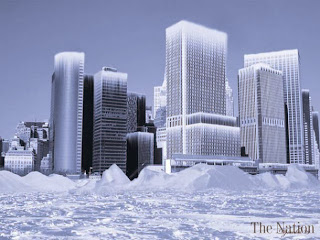 Few scientists would say the Dust Bowl was caused by humans, even though poor farming practices clearly exacerbated it. Few would say cancer research should be limited to manmade chemicals, even though they may be responsible for some cancers.
Nebraskan and other researchers should end their focus on human causes – and start working to understand all the complex, interrelated factors behind global climate changes and cycles. Government financiers and policy makers must do likewise. Our future well-being depends on it.
****************************
Paul Driessen is senior policy advisor for the Committee For A Constructive Tomorrow (www.CFACT.org) and author of Eco-Imperialism: Green power - Black death. Dennis Mitchell, CPA/QEP, has been professionally involved in environmental and tax compliance, monitoring and education for 40 years and is an avid student of climate change.
Posted by Longstreet at 12/15/2013 02:21:00 AM