Is A Guaranteed Minimum Income Next? ... J. D. Longstreet 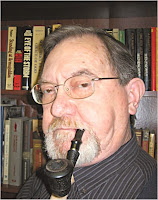 About a year and a half go, I wrote of my concern that the Obama Administration would soon seek a guaranteed minimum income for every American.  As we have watched the the unemployment benefits extended and extended and extended again and again, one must wonder if, in the end, that isn't exactly where we are headed.  My concern has not slacked one iota.

Below is the article, shortened a bit.  I hope you find it informative and enlightening.   ...   JDL
**************************************
If the Obama Administration and his fellow Socialist/Marxist/Progressives (who camouflage themselves as democrats) in the US government aren't sent packing in November, I fully expect the next step in securing a socialist state in America is a guaranteed annual (minimum) income for every American.

Think about it. It is one of the few steps remaining that would solidify the hold government has on every man, woman, and child in America.

We know from the records that the welfare rolls have increased exponentially under Obama. Recently, changes were made by Presidential Executive Order to redefine "work" allowing even more applicants for welfare to be added to the welfare rolls. Why? Could it be the Obama Administration is deliberately attempting to "crash" the US welfare system? If so -- why?

I contend -- that is exactly what is happening.

If I an correct, then we are actually seeing the "Cloward-Piven Strategy" at work. We are observing the foundation, the groundwork -- if you will -- for establishing a guaranteed annual (minimum) income for American citizens. It is very, very, worrisome. But -- it is only the latest move by our socialist leaders to break America so they can re-mold her in the image of their choosing, which is, unarguably a socialist/Marxist state. 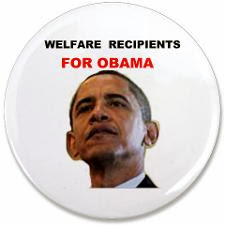 America is in a death spiral, dear reader. If the American electorate doesn't shake itself out of this stupor in which it is currently wallowing and come out swinging like the people we like to think we are, we are going to lose our liberty, our individual freedom, and our country.

What we are talking about here is "a government-ensured guarantee that all citizens unconditionally receive an income sufficient to meet their basic needs." SOURCE: http://www.usbig.net/index.php

Look around you. Consider the extremely high percentage of Americans already on what we call "Welfare" and consider, too, that nearly half of all Americans currently receive some form of government monetary assistance every month and then -- ask yourself what will happen to America's economy if Americans are guaranteed an annual income whether they work and contribute to our society or not.

Let's look a bit closer: What is a BIG? It is a Basic Income Guarantee. "The basic income guarantee (BIG) is a government insured guarantee that no citizen's income will fall below some minimal level for any reason. All citizens would receive a BIG without means test or work requirement. BIG is an efficient and effective solution to poverty that preserves individual autonomy and work incentives while simplifying government social policy. Some researchers estimate that a small BIG, sufficient to cut the poverty rate in half could be financed without an increase in taxes by redirecting funds from spending programs and tax deductions aimed at maintaining incomes." SOURCE: http://www.usbig.net/index.php

Here's more: "The Basic Income Guarantee (BIG) is a government ensured guarantee that no one's income will fall below the level necessary to meet their most basic needs for any reason. As Bertrand Russell put it in 1918, "A certain small income, sufficient for necessities, should be secured for all, whether they work or not, and that a larger income should be given to those who are willing to engage in some work which the community recognizes as useful. On this basis we may build further." Thus, with BIG no one is destitute but everyone has the positive incentive to work. BIG is an efficient, effective, and equitable solution to poverty that promotes individual freedom and leaves the beneficial aspects of a market economy in place." SOURCE: http://www.usbig.net/whatisbig.phphttp://www.usbig.net/whatisbig.php

OK. So, how would we pay for it? Those who advocate the BIG say (above): " ... could be financed without an increase in taxes by redirecting funds from spending programs and tax deductions aimed at maintaining incomes."

That's strange because just a bit lower on the page we find this: "The most commonly cited source of revenue for BIG is the income tax. Most proposals combine a basic income guarantee with a flat tax on income. Charles Clark estimates that a flat income tax rate of less than 40% would be enough to finance all current government spending and a BIG large enough to eliminate poverty." SOURCE: http://www.usbig.net/whatisbig.php

It's coming. How can I be so sure? Because the next attempt at a BIG for the US will be only the latest iteration. The movement for a guaranteed income has been around for a long time. A quick check for advocates of a guaranteed income at Wikipedia brought some surprises. For Instance: American revolutionary Thomas Paine advocated a basic income guarantee to all US citizens as compensation for "loss of his or her natural inheritance, by the introduction of the system of landed property" (Agrarian Justice, 1795).

French Emperor Napoleon Bonaparte echoed Paine's sentiments and commented that 'man is entitled by birthright to a share of the Earth's produce sufficient to fill the needs of his existence' (Herold, 1955).

In 1962, economist Milton Friedman proposed a Negative Income Tax coupled with a flat tax in support of a guaranteed minimum income.

In 1963, Robert Theobald published the book Free Men and Free Markets, in which he advocated a guaranteed minimum income (the origin of the modern version of the phrase).

In 1966 the Cloward–Piven strategy advocated "overloading" the US welfare system to force its collapse in the hopes that it would be replaced by "a guaranteed annual income and thus an end to poverty".

In his final book Where Do We Go from Here: Chaos or Community? (1967) Martin Luther King Jr. wrote: "I am now convinced that the simplest approach will prove to be the most effective — the solution to poverty is to abolish it directly by a now widely discussed measure: the guaranteed income."
—from the chapter titled "Where We Are Going".

In 1968, James Tobin, Paul Samuelson, John Kenneth Galbraith and another 1,200 economists signed a document calling for the US Congress to introduce in that year a system of income guarantees and supplements.

In 1973, Daniel Patrick Moynihan wrote The Politics of a Guaranteed Income in which he advocated the Guaranteed Minimum Income and discussed Richard Nixon's GAI proposal.

We encourage you to read the article at Wikipedia at: http://en.wikipedia.org/wiki/Guaranteed_minimum_income

There are references to other advocates of a national guaranteed income in the article at Wikipedia, but I think you get the idea.

Oh, and while you are on the Wikipedia page, scroll down and check out the list of suggested means of funding for a national guaranteed income. But -- be sure you are sitting down before you do.

A guaranteed income for all Americans is the worst idea for America since, well, Obamacare!

Item number two in the The Black Panther Party: Platform and Program includes the following statement: "We believe that the federal government is responsible and obligated to give every man employment or a guaranteed income." SOURCE: http://historymatters.gmu.edu/d/6445/

As I mentioned above -- I have to wonder if the massive increase in the number of Americans on Welfare under the Obama Administration is in keeping with the Cloward–Piven strategy which suggests overloading the US welfare system forcing it to collapse and setting the stage for a guaranteed income for all Americans. You can read more on the Cloward-Piven strategy at: http://en.wikipedia.org/wiki/Cloward–Piven_strategy

I cannot even begin to tell you how deeply, deeply, opposed to the entire idea of a guaranteed annual income for all Americans I am. The American republic would be crushed and wiped out by internal rot!