Is Our President A Compulsive Liar? ... J. D. Longstreet

J. D. Longstreet  -- Please scroll down for the latest commentary 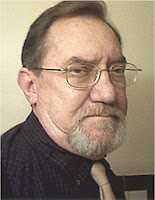 It was just a couple of renegade IRS agents in Cincinnati. Benghazi was a spontaneous protest that got out of control in direct response to an inflammatory video posted on the Internet. During September 2012, our rebounding economy created an astonishing 873,000 jobs. And on and on."  (Source:  Paul Driessen in his article entitled: "Lies My President Told Me.")

So -- you think "compulsive lier" is too strong a term to use when describing our President's incredulous promises and faux facts, do you?  Well, I suppose the most elevated office on the planet is deserving of a more, shall we say -- "creative" -- term.  So, how about this:  Our President seems to be suffering for an acute case of "pseudologia fantastica."  (I'll save you a click to Google.  It means:  compulsive lying.)

We established long ago that Obama is a narcissist.  Compulsive lying is just another manifestation of his narcissism.

Pathological lying is one of the hallmark characteristics of a narcissist. 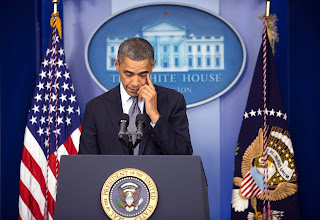 Consider this:  "With the classic narcissist, language is used cruelly and ruthlessly to ensnare one's enemies, to sow confusion and panic, to move others to emulate the narcissist ("projective identification"), to leave the listeners in doubt, in hesitation, in paralysis, to gain control, or to punish. Language is enslaved and forced to lie. The language is appropriated and expropriated. It is considered to be a weapon, an asset, a piece of lethal property, a traitorous mistress to be gang raped into submission." --Sam Vaknin, author, Malignant Self Love.  SOURCE:  http://drsanity.blogspot.com/2009/05/narcissism-pathological-lying-and.html

Let's delve a bit deeper, shall we:  "Narcissists often have an interesting group of believes that revolve around how much better the world is with them in it. They are often preoccupied with their perceived beauty, intelligence, and success and give off a vibe of extreme arrogance. They tend to think that anyone who is critical of them is simply jealous. They expect others to go along with their ideas and will almost certainly become irritated when they do not. They are inclined to think that they are extremely special and only other special people are worthy of their company.

They are rarely, if ever, pleased with others and most often see others as inferior to them. Overall, they are very dramatic and demanding of attention. They display symptoms that can be quite overwhelming to those around them.

Two primary symptoms include an overpowering need for others to admire them and a complete inability to empathize with others. They almost always dominate conversations and are adapt at integrating themselves into other’s problems and tragedies."  SOURCE:  http://www.compulsivelyingdisorder.com/do-you-have-a-narcissist-in-your-life-understanding-narcissistic-personality-disorder/

How about this statement:  "In general, the lack of an ability to feel guilty about the lies, and the perverse sense that he is "entitled to lie" are standard for the political narcissist." (Emphasis by underlining is mine.)  SOURCE:  http://drsanity.blogspot.com/2009/05/narcissism-pathological-lying-and.html

"Robert Reich, M.D., a New York City psychiatrist and expert in psychopathology, says compulsive lying has no official diagnosis. Instead, intentional dissimulation -- not the kind associated with dementia or brain injury -- is associated with a range of diagnoses, such as antisocial, borderline and narcissistic personality disorders."  SOURCE:  http://www.psychologytoday.com/articles/200310/understanding-compulsive-liars

In an article by Selwyn Duke entitled: "Barack Obama is a Liar" and published by Canada Free Press  back in October of 2012, Mr. Duke says the following: “A liar, however is someone who lives and breathes the lie; someone who specializes in the art of artifice; someone to whom lying is his first recourse, not his last. Such a man is Barack Obama.” You may read the entire article at: http://www.canadafreepress.com/index.php/article/50567

In an article entitled  "Obama’s Tsunami of Lies" authored by my friend and fellow commentator, Alan Caruba, Mr. Caruba says the following:  "There are some well-known facts about compulsive and/or pathological liars and they all fit Obama. Compulsive lying is a type of obsessive disorder. Pathological liars are described as manipulative and cunning people who lie to achieve their goals without caring whether it hurts the feelings of others. Compulsive liars lie because it is their automatic response to any situation. They are often referred to as habitual or chronic liars."  SOURCE:  http://canadafreepress.com/index.php/article/58998

In closing his commentary, Mr. Caruba says:  "We must expose the lies, discuss the lies, and we must resist the lies or be their victim."

As usual, Alan is spot on!

Unfortunately, Mr. Obama has set a new low on the lying bar, which reflects in the growing lack of trust US citizens -- and US allies -- have for anything he says.  That is shameful.