Left's New Attack On 1st Amendment
A Call For Censorship in America
A Commentary by J. D. Longstreet 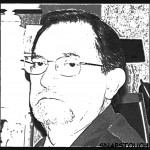 In the unlikely event you have not heard -- the Left HATES Rush Limbaugh.  So, what does the left do when it disagrees with someone?  Well, of course, they make an attempt to shut him/her up.   Wallah!  Hush Rush!

The intolerance of the tolerant left is exceeded only by their love of Marxism.

There is this belief (it seems to me) on the left that the First Amendment is meant only for those in America spouting socialist, Marxist, progressive, liberal nonsense.  But woe be unto him/her who dares, DARES, I say, to actually confront the left with their own shortcomings, their own intolerance, their own lies and distortions, and, their assumption of the ignorance of the American people.

Now they are stooping to intimidation.

The hypocrisy of the left is off the scale.  Their fake indignation over Mr. Limbaugh's remarks referencing a female college student testifying before a democratic committee recently is truly awesome.   All one has to do to see that the left's respect for women is less than they claim is listen to their music, watch one of their movies, or TV shows, or one of their TV talk shows.  The language they use when referencing women, especially women who's politics happens to be that of the conservative persuasion, is straight out of the gutter.

They are, indeed, two-faced. They say one thing but do another. They find blame with others who do the very same things they do.  I believe the shrinks call it "projection."

The REAL problem the Left has with Limbaugh is simple.  He has listeners.  That means his message of the left's hypocrisy is getting out to an America already saturated with leftist propaganda!

We have seen it time and again.  The Left pretends to have virtues, moral or religious beliefs, principles, etc., that are either nonexistent, or, are so completely outside the realm of decent society that the majority of Americans  do not recognize them, or, are embarrassed or revolted by them.

It is as if the political left in America views the citizens of America as a "Proletariat."  Proletariat, is a word with its roots in Latin.  It was often used Marxist government in the Kremlin to describe the masses of the Soviet Union's citizens.  Defined it means: a lower social class, usually the working class.  It would seem the American left views the American political left as their own proletariat -- And it is insulting and, frankly, disgusting.

There seems to be this powerful urge to silence dissenting opinion for fear the truth might spur that despicable  proletariat, the left looks down on, into some sort of action that might clear the smoke and mirrors the left  often uses to disguise their Marxist/Socialist agenda.

So, Limbaugh MUST BE SILENCED.  No matter that the 1st Amendment says Limbaugh has the right, as do all Americans, to express his opinion.  I mean, hey!  Its only the constitution.  You know, THE constitution, that outdated document this country was built on and thrived on, 'til the progressive movement decided it was no longer relevant and was, in fact, an impediment to their socialist/Marxist agenda for the America.

Limbaugh does not need me to defend him.  He can do that quite well, thank you.

What troubles me about this whole thing is not so much  Limbaugh himself, but the attack on the 1st Amendment. That is an assault on the freedom of every American, left and right.  You may not think this argument between left and right over speaking one's mind is anything more than a political game, but believe me, far more than that is at stake here than one-upmanship in a game..

Intimidation is a tool the left uses to bludgeon out of exitance anyone who disagrees with them.  Now, they have turned it on Limbaugh.  If they get away with it, it will embolden them to go after others.  Eventually, they will get to you -- and me, as well.

They know they can't get at Limbaugh directly, so they are going after his sponsors.  We will soon see which sponsors have the intestinal fortitude, the guts, the gumption, the steadfastness to ward off the left's attacks and continue to showcase their products to the millions of Americans who listen to Limbaugh's program every single day.  Those millions of listeners control millions of dollars of disposable income.  I suspect that when they learn of specific sponsors who fall away from Limbaugh's program, they will certainly hesitate, or even refuse, to spend their money on that sponsor's products.

In an article at Politco entitled: "The left's war on Rush's advertisers," Keith Appell, the Senior VP for CRC Public Relations, told POLITICO:  “It’s not enough to get an apology out of Rush Limbaugh. They want him off the air. He was still exercising his First Amendment rights, Trying to get someone off the air sounds like something out of the old Soviet Union."

Mr. Appel continued “Conservatives disagree, but we don’t try to silence people."  You may read the entire article HERE.

It is also reported that a list of sponsors remaining with Limbaugh will be published online.  I wonder if the list of the sponsors who left Limbaugh ought to published online, as well.  Seems to me THAT would be fair.  I mean, the left is always spouting about "fairness." Publication of such a list would allow listeners an opportunity to boycott their products, if they chose to do so.

David Limbaugh, Rush's brother tweeted the following: "
“[Liberals] have no concept of fairness and decency.  We would never seek to suppress their speech…. Libs seek a return of the glory days when the ‘unbiased’ MSM had monolithic control of the airwaves.”

Suzanne Terrell, a co-founder of ShePAC,  a new political action committee set up a month ago by two female activists and a former Palin advisor, (ShePac's Home Page) is reported to have said in a recent written rebuttal,  “The right should raise hell,  And we, every one of our elected officials and every one of our activists should call them out on this."  (SOURCE)