Civility? From the Democratic Party? You Gotta Be Kidding! ... Alan Caruba

Civility? From the Democratic Party? You Gotta Be Kidding! 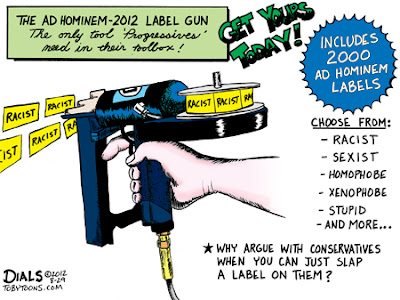 We have already begun to hear calls for civility in the remaining ten weeks of the campaigns until Election Day. While I take this for granted from Republicans, I have not seen much evidence of it from Democrats.

Television ads claiming that Mitt Romney caused a woman to die from cancer or portraying Paul Ryan as pushing on old lady in a wheelchair off a cliff are not my idea of civility if the definition of civility also includes telling the truth.

Taking their cue from a President who is currently lying about everything from “our plan worked” to “the private sector is doing fine”, the Democrats are stuck with this blatantly false message.

I want you to watch and listen to the level of Democrat hysteria that will follow Mitt Romney’s acceptance speech. It will tell you everything you need to know about the weeks ahead between now and Election Day.

Currently, the Democrats are pushing a claim that there is a Republican “war on women.” Please! On the same night that Paul Ryan gave his acceptance speech, he was preceded by former Secretary of State Condoleeza Rice and New Mexico Governor Susana Martinez. 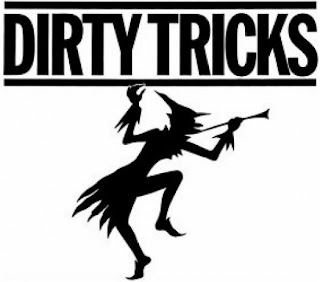 Expect more of the same deliberate deceptions as Democrats desperately try to keep the focus on anything other than the economic mess they “inherited” and did not fix. They created the mess with their housing policies that demanded and rewarded banks for making bad mortgage loans. Those chickens came home to roost in 2008 as George W. Bush's second term was coming to an end and they have been blaming him ever since!

Winston Churchill warned that “We must beware of trying to build a society in which nobody counts for anything except a politician or an official, a society where enterprise gains no reward and thrift no privileges.”

That is a description of the last nearly four years of the Obama administration, replete with a shadowy super-class of White House officials dubbed the “czars.”

As any historian or student of history will tell you, presidential campaigns in America have not been distinguished by civility. Vicious attacks between opponents were the order of the day from the earliest days following the precedent-setting two terms held by our first President. For much of the late 18th and throughout the 19th centuries, the name-calling was often virulent.

Writing recently in The Wall Street Journal, Robert Dallek noted that “Character assassination so often trumps policy differences in presidential campaigns for a couple of reasons. Despite all the public hand-wringing about negative advertising, political veterans will tell you that it persists because, more often than not. It works. But tearing down the other guy has another attraction: It can be a substitute for building much of a case for what the mudslinger will do once in office.” The key word here is “substitute.”

Back in 2010 when voters demonstrated their dissatisfaction with Obama’s conduct of national and international affairs by returning control of the House of Representatives to Republicans, political pundit Karl Rove wrote, “If Mr. Obama is serious about his commitment to courtesy and respect, then he will need to demonstrate presidential leadership and rein in the verbal excesses of the leaders of his party.”

One example was the chairman of the Democratic Congressional Campaign Committee, Rep. Chris Van Hollen, who characterized conservatives as “reptiles” and “fire-breathing tea party nut jobs.”

More recently over at CNN, a reliable platform for Democratic Party spokespersons, both Anderson Cooper and Wolf Blitzer were so appalled by Debbie Wasserman Schultz’s lies about the Romney-Ryan approach to saving Medicare and repealing Obamacare that they were forced to strongly reproach the DNC Chairwoman in ways not frequently seen on television.

In April 2010, the results of the Allegheny College Survey of Civility and Compromise in American Politics revealed that voters were well aware of what they deemed a lack of civility.

Among the factors that caused Sen. John McCain to lose the 2008 campaign was his unfailing civility; his refusal to focus on Obama’s total lack of preparedness to be President, his hiding of personal records reflecting what little was known of his life beyond his two memoirs, the hollowness of his themes of “hope and change” as well as his promise to “fundamentally transform” America.

With the selection of Paul Ryan, we see that candidate Romney, a man of unfailing civility, has learned the lessons of 2008. Ryan, who knows the problems afflicting the economy as well as Romney, has demonstrated that he is eager to take on and condemn Obama’s appalling record of failure. Happily, Romney has been doing so as well on the campaign trail. They are telling the truth and the Democrats are calling it uncivil.

The Democrats, however, just can’t help themselves. From the President to the Democrat leaders in Congress, along with those leading the Democratic Party, the charges levied against Republicans, the Tea Party movement, and GOP candidates have been replete with claims that they are crackpots, hate women, and are racists have persisted and will be heard again and again between now and November 6th.

Regarding Obama, this writer has been impolite in the past, but this writer is not running 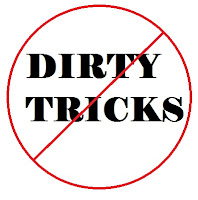 for office or receiving a paycheck from the Republican Party. I could have been more polite, but then I would have failed to point out in the strongest possible way the threat of four more years of a President Obama and the failure of the Democratic Party to avoid more than forty months of high unemployment, crony capitalism, the seizure of General Motors and the nation’s healthcare system. Et Cetera!

The President continues to blame his predecessor for his failures while the Democratic Party in 2012 takes the low road to political power over our lives and the future of the nation.

The same sunny optimism that propelled President Reagan into two terms in office and the same steely determination after 9/11 that gave George W. Bush two terms will, I am confident, do the same for Mitt Romney.

I fully expect the Democratic Party convention to be a cesspool of incivility.