(This article was published originally in June of 2008)

Before you begin beating up on me… I have to ask… haven’t YOU asked that very same question, yourself, lately?  I’ll bet you have!  It’s a very GOOD question.

We have been concerned for sometime about the growing absence of “manly” men.  Surely you have noticed! We have commented on the feminization of America, the American government, the American entertainment industry, and the American military, et al.  As a human who subscribes to the male gender… I am deeply concerned that we have feminized our nation to the point that our very survival is at stake.

I like women.  I stress that.  Heck, my mother was a woman, my wife and my daughter are both women, even my cat is of the female gender.  Women surround me.  That’s OK.
But, I am a man.  I defend my “maleness” traits with gusto! (If it itches… it gets scratched… no matter where on the anatomy IT happens to be!) Why, sometimes, I even spit!  (Expectorate for those of you of tender sensibilities.)   I cuss when I feel like it.  I have a drink when I want one. I smoke cigars/pipe and I hunt and fish and love NASCAR racing (A former race track announcer, I am!).  I drive a truck.  I own an arsenal of firearms and I will not hesitate to use one in defense of my home and my family… as I have done in the past.  A veteran, I have been trained in firearms use by the US Army and, as a police officer, I was trained by FBI marksmen on the use of said weapons against the civilian bad guys.  I haven’t had a fistfight in a lot of years, but I was the undisputed winner of the last one. (My opponent had to be carried from the field.  I’m still proud of that one!) And, in the spirit of full disclosure -- I have had the tar beaten out of me on a number of occasions. 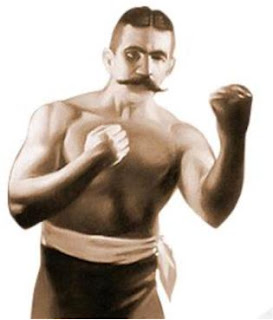 Now everything I have said above is NOT outstanding and is not out of the ordinary for men of my generation.  Boys were reared to be MEN!

One of the few times I ever heard my father raise his voice to my mother was when she insisted I dry the dishes.  I must have been nine or ten years old at the time.  My dad stepped in, as men were wont to do in those days, and exercised his power as the “head of the household” and countermanded her and stopped me from drying the first dish.  He told my mother, “No, I will not allow you to make a sissy out of him!”  That was that! The incident was closed.

Testosterone was a high value substance in those days.  “Men were men… and women were glad of it!”  I don’t have a clue who said that first… but it used to be true!

There is an article you should read from an Australian website called “The Age” at  www.theage.com.au  .  The article is by Elizabeth Ferrelly.  Her latest book is  “Blubberland: The Dangers of Happiness”.  It is published by  New South publishers.  The article we would have you read is titled: “Where have all the Real men Gone?  You’ll find it at:

Ms. Farrelly has NAILED it!

Testosterone is a wonderful thing.  It gets things done.  You may not like the WAY it gets things done, but it managed to save the human species from extinction long, long, ago by protecting and providing for the couple, the family, the tribe, and, in most recent times, the nation(s).

Today testosterone is in danger of being bred out of the human male.  In today’s society we have the Heterosexual, the Homosexual, and the Metrosexual males.  Yes, I placed metrosexual males at the bottom of my list where, in my humble opinion, I believe they belong. We may argue about the creation of homosexual men, but metrosexual men are purely, and indisputably, a creation of women… for women.  Now, I hasten to add that many young men are quite willing to allow themselves to be made over into metrosexuals as just another ruse to get what they want from the female of the species.
And the women LOVE it!  As dishonest as it is they LOVE it!  How else do you explain their swooning over such "feminine-looking" men as Hollywood casts as leading men in their epic romantic movies these days?  (Sorry, Duke. There’s no call for REAL men these days!)

Is this a phase in human evolution?  God, I hope not! For if man, the species, is “evolving” in this direction… then humanity is, without doubt, doomed.

Yes, the new metrosexual men are pretty. But they are totally useless for anything else. Like drones in a beehive, the queens will use them up and leave them to die… unmourned. And… when it comes to the defense of the family unit, the nation, the hive, if you will, it will be, as it always has been, the REAL men, who have to protect it to guarantee it’s survival.  That is… provided there are still any REAL men around.