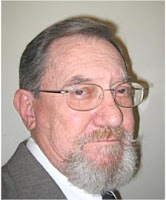 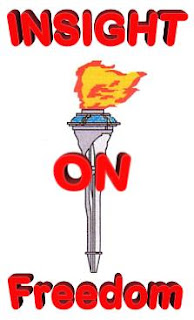 Until recently Mitt Romney has been telling us he intends to get rid of Obamacare.

Until recently, that is.

Now we learn of reports that Romney wants to preserve "parts" of Obamacare such as coverage for pre-existing conditions and coverage of "at home children" through twenty-six years of age.

Trust me.  This isn't good.

All vestiges of Obamacare MUST GO!

Socialized medicine in America whether Obamacare or Romneycare is a curse on freedom and liberty and there is no place for either in a free society.

As we suspected, all along, Obamacare was upheld as constitutional by the SCOTUS on Thursday June 28th, 2012.  The battle lines have just been re-drawn.  NOW the election in November is about REPEALING OBAMACARE!

As my friend and fellow blogger Alan Caruba has said:  " ... it will condemn Americans to having bureaucrats deny medical care to some because of their age and others to die while waiting for it.

By any standard it is a horrendously bad law and one that initiated a huge political movement, the Tea Party, to oppose it. Mitt Romney is campaigning on the promise to repeal it. It was a law passed in the dark of night and it embodies all the worst aspects of Socialism." SOURCE:  http://www.factsnotfantasy.blogspot.com/2012/06/other-judicial-decision.html

Some conservatives, myself included, will dedicate the weeks and months between today and the election in November to informing Americans of the huge government take-over of their lives.  We intend to bring as much pressure as possible on the Congress and the Republican nominee for President -- as well as all GOP candidates for national and state offices across the land -- to engage in a massive movement by the people of the country to repeal this "Law from Hell."

Obama and his socialist cronies have won this round.  They have, indeed, won the battle  but they have not won the war.  We intend to re-engage in battle in the Congress, with renewed vigor,  in an attempt to repeal this law which makes legal the takeover of every single American's life by the federal government.

The election in November is no longer about republicans and democrats.  No.  It is now 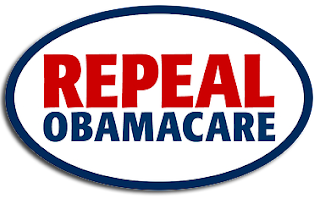 It is time -- today -- for the Tea Party to step front and center, once again, and LEAD!

The infrastructure for a national resistance movement against Obamacare and the democrats in November should already be in place.  It is now a matter of getting off our collective behinds and into the streets, in front of the camera's and microphones, in the papers , indeed, all the media, especially the Internet (by way of the blogosphere).

There is an expression I heard many decades ago and it has stuck with me ever since.  "I'm bent, but I'm not bowed.  I'm bloodied but I'm not slain.  So, I'll lay me down and rest a bit, then I'll rise to fight again."  The author is unknown to me but I have drawn strength from those words for a very long time and in many, many, situations.  I do today.

For those of us opposed to Obamacare, the battle is not ended.  Indeed, the historic words of Capt. John Paul Jones, the Father of the US Navy, are apropos here.  Those words , reportedly uttered on the burning deck of Jones' sinking ship (in reply to the demand of the enemy ship's captain to surrender his vessel) reverberate across America today.  Captain Jones is said to have responded defiantly:  "Sir, I have NOT YET BEGUN TO FIGHT!"  Jones -- and what was left of his crew -- won the battle, captured the enemy ship,  and sailed away victorious.

According to the scriptures there is a time for everything under the sun.

In the Book of Ecclesiastes in the Holy Bible, "The Preacher" says:  "What is crooked cannot be made straight and what is lacking cannot be numbered." (Ecclesiastes Chapter 2, verse 15.)  The Preacher goes on to say:  "For everything there is a season, and a time for every matter under heaven."  He continues to enumerate the various matters for which there is a time, a season.  The one that leapt out at me today was this one:  "... a time to keep silence, and a time to speak ...."

THIS  is a time to speak, to speak out, for freedom, for liberty, to restore the government America's forefathers intended and rid ourselves of this massive socialist, statist, nightmare which is suffocating freedom in America today.

Obamacare is nothing if it is not what Alexis de Tocqueville referred to as
"Soft Despotism."  De Tocqueville described it this way:  "After having thus successively taken each member of the community in its powerful grasp and fashioned him at will, the supreme power then extends its arm over the whole community. It covers the surface of society with a network of small complicated rules, minute and uniform, through which the most original minds and the most energetic characters cannot penetrate, to rise above the crowd. The will of man is not shattered, but softened, bent, and guided; men are seldom forced by it to act, but they are constantly restrained from acting. Such a power does not destroy, but it prevents existence; it does not tyrannize, but it compresses, enervates, extinguishes, and stupefies a people, till each nation is reduced to nothing better than a flock of timid and industrious animals, of which the government is the shepherd."

De Tocqueville warned us what would happen to America if we continued on the course of Big Government.  Over time, he warned, we would become so dependent upon government that we would simply stop being, well, human.  Here is what he said:  "It is in vain to summon a people who have been rendered so dependent on the central power to choose from time to time the representatives of that power; this rare and brief exercise of their free choice, however important it may be, will not prevent them from gradually losing the faculties of thinking, feeling, and acting for themselves, and thus gradually falling below the level of humanity."

For that "remnant" of Americans who still believe, against all odds, that a spark of freedom, a glimmer of liberty, remains in America today, we have no choice but to rise up in righteous fury and demand that our elected leaders repeal the "Law from Hell," Obamacare, and send its supporters home in defeat and shame.

There can be NO Compromise on repealing Obamacare.    America MUST be rid of this sulfurous brimstone reeking monster if the people of America are to have any chance, at all, of maintaining a single iota of personal freedom and liberty.

Let the battle begin -- and let all good men and women "ride to the sound of the guns," with all haste, determined to rescue the America or forefathers left in our keeping.

REPEAL OBAMACARE is our battle cry!  We march beneath the black flag of "no quarter" for none can be given in this conflict to save our country.

I am committed to this fight until Obamacare is nothing more than a very bad memory and America is saved from its hellish claws.