Americans Are Rapidly Arming Themselves. Why? ... by J. D. Longstreet

Americans Are Arming Themselves. Why?
By J. D. Longstreet

In case you have not noticed… Americans are arming themselves. Sales of those rifles the liberals like to refer to as “assault rifles” are so brisk, nationwide, that they are back-ordered for weeks and, in some cases, even months. (In the event you are unfamiliar with the term “Assault Rifle”… the common definition, by liberals and “gun-grabbers” of an assault rifle, is… a rifle that One: Looks scary” and Two: Holds more than five rounds!) 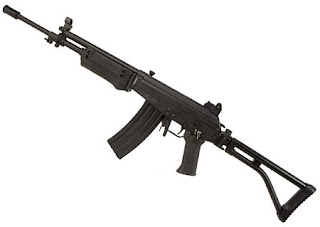 The gun purchase forms required by the ATF (The US Bureau of Alcohol, Tobacco, and Firearms) when a gun dealer sells a weapon (ATF FORM 4473) have completely run out, nationwide, and the ATF has allowed gun dealers to actually photocopy the things, (the “Yellow Sheets”, as they are commonly known) in order to accommodate Americans who are rushing to arm themselves. The government requires this completed form for any legal transaction in which a firearm is sold/bought. Gun dealers are required to have the buyer fill out the form before a sale can be completed. With guns sales up, nationwide, by 24% last month alone, you can see how a shortage of form 4473 can be an excellent indicator of “The Arming of America.”

Sales of ammunition have been so brisk that many dealers are cleaned out of popular brand ammo. Ammunition sales have cleaned out a lot of sporting goods stores, gun shops, and anyplace else selling ammo in America.

The popular explanation is that Americans are afraid of what this socialist Congress and president will do to deprive Americans of their constitutional right to keep and bear arms.

Well, that is CERTAINLY a PART of it, but I think there is more, much more, and a far more serious explanation… and, I am convinced the government believes as I do.

See, I think the American people are preparing themselves to go toe to toe with their government. I believe the American people are making a statement. That statement is: “This Far and No Farther!” In other words, “We are going to give you socialists a chance. But, if you step over the line, if you attempt to deprive us of our constitutional right to keep and bear arms, we will not tolerate that.”

Some of us older Americans, fortunate enough to be educated in an American Public School System that actually taught non-politically correct history, remember what happened when the socialist took over in Russia in 1917. It is NOT going to be allowed to happen here.

I think it is meant to counter the act of the Bush, and soon, Obama Administrations, of bringing combat troops back to The States and stationing them here, on US soil, reportedly for population control in the event of “social unrest” or massive acts of “civil disorder or disobedience” keyed by any number of things including the economy going through the floor, or, well, I’ll let your imagination fill in the blank, because, frankly, the subject is so delicate, I don’t even want to touch it!

I have concluded, rightly or wrongly, (you must be the judge) that Americans are sending a signal to their government. That signal is: “We won’t be bullied. There will be a price to pay if you dare step over the line.” Congress and the President had better pay attention. It is low profile stuff at the moment, but it can get very big, very fast. And… it is VERY dangerous!

There was a piece in our local paper just days ago about this very thing. Locally the gun stores, pawnshops, and ammo shops (Sporting Goods stores, etc.) are cleaned out. The point here is two-fold: For your local hometown newspapers to be running pieces by their staff writers on this, it has to be big enough to have an effect locally… It is not a “spotty” occurrence across the country, nor concentrated in certain areas of the country. It is a nationwide phenomenon with local consequences.

When I saw the piece in my local newspaper, it struck home. I have seen varied pieces on the blogosphere about it, and the occasional piece on news sites, and that was to be expected from a left-leaning, easily excited MsM, which would support the abolishment of the 2nd Amendment in a heartbeat. The only rise those stories got from “yours truly” was my usual muttered expletive deleted, and I quickly moved on. BUT, It is much different when you read a piece by a local writer you know happens to be a hunter, a fisherman, a trapper, and a strong supporter of the 2nd Amendment. That, dear reader, gets your attention!

There is a site on the Internet to which we’d like to draw your attention. It is “The Tactical Wire.” You’ll find it at: www.thetacticalwire.com/. In the Editor’s Notebook, by Rich Grassi, Mr. Grassi says: “If you are a fan of firearms generally, it's shaping up to be a rough time coming. We're facing an unfriendly executive and a legislative that's generally cool to us - though it could well be divided in this arena.” You can read the entire article HERE.

When people are frightened about something they tend to do one of two things. Withdraw (run), or stand and fight. It is the old “Fight or Flee Syndrome” you have heard about. It is not just “an expression” it is very real. We come wired that way.

According to the piece in my local paper my neighbors are buying anything that will shoot… and… they are buying all the ammunition they can carry, and then some. There are credible reports of local private gun owners now buying ammunition not by the box, or boxes, but by the crate!

Yes, Americans, in my part of the US of A, are reacting to their fears about Obama and the socialist government soon to be in charge of America. Judging from what we now know about the arming of my neighbors... and... my fellow Americans across the country, it certainly appears they are not preparing to “Flee.”

Obama spent a lot of time promising the voters that he stood behind the Second Amendment and was not going to take away our guns. The people who didn't vote for him didn't believe him - they are all out there now buying guns. The Brady Gang just issued a press release claiming that Obama was elected PRIMARILY because people want more gun control, so clearly they didn't believe him either. And what's more, they are implying that the people who did vote for him saw through that particular lie as well. So what you have here is a pretty much unanimous admission that EVERYBODY knew Obama was lying. What a marvelous way to start out a new administration, eh? Long live the Fraudulent Republic!

P.S.: Jefferson never said "those who beat their swords into plowshares will plow for those who didn't." That quote is most often attributed to Ben Franklin, but nobody's ever supplied a verifiable provenance for that, either.

Too all this I say "NUTS"
Let them try. It time for a really change.