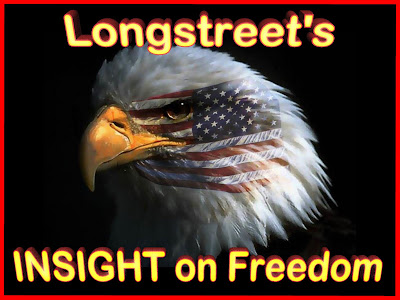 Freedom’s Dream is Not Dead!

Now let’s see: Afghanistan, Iraq, Egypt, and yes, even Lebanon, to some degree. All these nations are on their way to becoming democratic.

So “war solves nothing”, huh? Care to rethink you position on that? I thought not. When one entrenches oneself into self doubt as deeply as the peaceniks have, it is nigh impossible to extract them. So, we will simply overlook them, as we have always done. They line the fringes of our society, anyway.

No one likes war. But, contrary to what the peaceniks tell us, war does bring change for the better. Ask the Brits, the French, the Germans the Belgium’s, the Jews…. and the list goes on. (The French may still be too arrogant to admit it, but, regardless of what they tell themselves, the remainder of the world knows they exist as a nation only because of the efforts of US and allied servicemen in two world wars.)

War changes things. The Middle East, for better or for worse, is changed forever. The US has a beachhead in the Middle East and we will be there forever. We are not going to leave. As the democracies begin to shape up, and form up, and freedom begins to spread, those who hold the dictator’s reins now will find themselves out of a job. Those who would hold the Middle East back in the 14th century will find they, alone, are left in the past. The people are going to move on to liberty and freedom. One a people have tasted freedom. It is not possible to strip them of it again.

Now we can only hope that liberty will blossom, and bloom, in the Middle East. If it does it will be the US to thank. The US took a stand in the Middle East when the rest of the world would not. The US alone had a vision of a free people who would seek after democracy. Old Europe, now irrelevant, stood on the sidelines as history passed them by. There they will remain. What they do, or say is of no consequence to anyone but themselves. It is sad to see a continent commit suicide.

In the meantime, America marches on. Ronald Reagan’s dream of America as a great “shining city on a hill” is in deep peril with the current administration of socialists in charge both in the White House and in the Congress. Among conservative Americans, Reagan’s dream still perseveres. We conservatives still believe that Reagan’s dream is, in fact, the last hope of a world, which lost its way. We include America among those nations that have lost their way today. It is truly sad.