No State For Palestine… EVER! 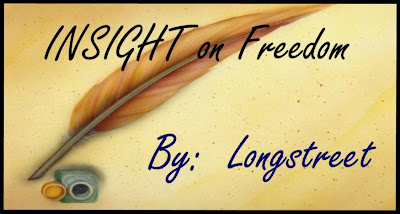 No State for Palestine… ever!

The simple truth is, there should be no Palestinian state and there is no reason, today, to think there will be any time in in the immediate future.

Did you know that the area and the people, erroneously called Palestinians, were offered a state of their own back in the 1930’s? Bet you didn’t know that.

It seems we have to go over the history of the rejected Palestinian state over and over and I can only surmise the Public School System and the university and college systems in the US simply don’t teach it!

Look, the plain truth is… the people, calling themselves Palestinians, have been offered a state of their own at least three times since the 1936 Arab revolt. They have flatly turned it down every time! Yes! The first offer made by the Peel Commission in the 1930s offered them a vast piece of real estate much larger that that offered to the Jews… and … they turned it down!

UN Resolution 181 passed soon after the Second World War gave Israel 55% of the so-called Palestine and the Palestinians 45%. The Jews accepted and in doing so recognized that Palestine would become a state next door to them. They accepted that. But the Arabs rejected it, flat out, and started another war against the Jews, which they (the Arabs) promptly lost.

It has been 60 years now and the whining and moaning is still coming from the “woe is me” crowd who called themselves Palestinians.

The problems between Israel and the Palestinians are not because Israel has settled on some disputed land. No! The cause of all the trouble in that “center of the earth” strip of land is due entirely to the Arabs refusal to accept the existence of a Jewish state called Israel, or called anything else, for that matter. That is the crux of the problem.

“Right of Return” is far more dangerous to The State of Israel than an all out attack by their Arab neighbors. You’re going to hear more and more about the Palestinians demand for a Right of Return.

So what is the Right of Return? “The idea of the right of return is to demand that Israel allow the descendants of the 750,000 Palestinians who were displaced in 1948 and their families (which now stands at almost 4 million) back into Israel and give them full compensation for their troubles. Even if only half of these Palestinians returned, it would alter Israel's identity as a Jewish state and effectively create a second Palestinian state. One assumption made under the right of return is that the all the Arabs that lived in Israel proper were forcibly expelled from their homes in 1947 and 48. This is a myth. While historians know for a fact that a small number of the 750,000 displaced Arabs were forcibly expelled by Zionist militias (a famous example being Deir Yassin), honest and impartial historians also know that a large number of this 750,000 strong population left on their own, either to avoid an upcoming war between the Zionists and the Arabs, or to join the Arabs in the fighting against the newly established state.” (From:the Middle East Now. You'll find it HERE. )

The "Palestinians" will obfuscate, and delay, and continue to carry on their war to wipe Israel from the face of the map. They will use any means to do it, up to, and including, using the US State Department and Secretary of State... and a VERY naive President to do it.

As a conservative, I believe in “peace through victory”. To take that a step farther, I believe we ought to unleash Israel and let them do whatever they find necessary to eradicate the Palestinian problem on their borders.

But that is not going to happen any time soon. Watch as our socialist President, with his Secretary of State, try to bring peace to the the Holy Land. Watch as the Arabs play them for "suckers" just as they have all the rest since the late 1940's. It would be funny... if it were not for all the dead bodies lying all over the landscape.

If the world truly wants peace in the Middle East, especially that portion we erroneously call Palestine, then the world should get out of the way and allow Israel to take care of business.

Email ThisBlogThis!Share to TwitterShare to FacebookShare to Pinterest
Labels: Conservatives. Socialists, Israel Palestine, Peace, The Holy Land, the US

Why should the UN be allowed to steal land from the Palestinians and give it to the Jews? What if the UN took South Carolina and gave it to the Budists, same principle, take a nation's land and give it to a religous group, although Budists are not radical or hate mongering like the Hebrews. No God just doesn't make Jews like Jesus anymore, after him God broke the mold.

If you are so sure that Palestine , the country, goes back through most of recorded history, I expect you to be able to answer a few basic questions about that country of Palestine :
1. When was it founded and by whom?
2. What were its borders?
3. What was its capital?
4. What were its major cities?
5. What constituted the basis of its economy?
6. What was its form of government?
7. Can you name at least one Palestinian leader before Arafat?
8. Was Palestine ever recognized by a country whose existence, at that time or now, leaves no room for interpretation?

9. What was the language of the country of **Palestine**?

10. What was the prevalent religion of the country of **Palestine**?
11. What was the name of its currency? Choose any date in history and tell what was the approximate exchange rate of the Palestinian monetary unit against the US dollar, German mark, GB pound, Japanese yen, or Chinese yuan on that date.

12. And, finally, since there is no such country today, what caused its demise and when did it occur?

You are lamenting the 'low sinking' of a 'once proud' nation. Please tell me when exactly was that 'nation' proud and what was it so proud of?

And here is the least sarcastic question of all:

If the people you mistakenly call 'Palestinians' are anything but generic Arabs collected from all over -- or thrown out of -- the Arab world, if they really have a genuine ethnic identity that gives them right for self-determination, why did they never try to become independent until Arabs suffered their devastating defeat in the Six Day War?

I hope you avoid the temptation to trace the modern day 'Palestinians' to the Biblical Philistines: substituting etymology for history won't work here.

The truth should be obvious to everyone who wants to know it. Arab countries have never abandoned the dream of destroying ** Israel **; they still cherish it today. Having time and again failed to achieve their evil goal with military means, they decided to fight **Israel** by proxy. For that purpose, they created a terrorist organization, cynically called it 'the Palestinian people' and installed it in **Gaza**, **Judea** and **Samaria**. How else can you explain the refusal by **Jordan** and **Egypt** to unconditionally accept back the '**West Bank**' and **Gaza**, respectively?

The fact is, Arabs populating Gaza, Judea and Samaria have much less claim to nationhood than that Indian tribe that successfully emerged in Connecticut with the purpose of starting a tax-exempt casino: at least that tribe had a constructive goal that motivated them. The so-called
'Palestinians' have only one motivation: the destruction of ** Israel **, and in my book that is not sufficient to consider them a nation' -- or anything else except what they really are: a terrorist organization that will one day be dismantled.

In fact, there is only one way to achieve peace in the **Middle East**. Arab countries must acknowledge and accept their defeat in their war against Israel and, as the losing side should, pay **Israel** reparations for the more than 50 years of devastation they have visited on it. The most appropriate form of such reparations would be the removal of their terrorist organization from the land of Israel and accepting Israel's ancient sovereignty over Gaza , Judea and Samaria .


That will mark the end of the Palestinian people.

What are you saying again was its **beginning**?