A State Named Palestine Will Bring No Peace to the Middle East! 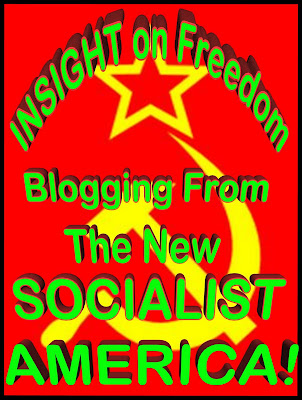 The Obama Administration is hell-bent on a “Two-State” answer to the Israeli/”so-called” Palestinian conflict. So was the Bush Administration. Bush was wrong and so is Mr. Obama.

Israel’s new Prime Minister, Benjamin Netanyahu, the leader of the Likud Party, has been a hardliner in the past on the question of a Palestinian state. We urge him to hold to that position.

Netanyahu’s foreign minister is Avigdon Lieberman. Lieberman leads the Yisrael Beitenu Party. It is said to be, by the MsM, a “far-right” party. He, too, is against any establishment of a Palestinian state. Lieberman wants to expel all “ethnic” Arabs, which means, simply, the “so-called” Palestinians, already living in the state of Israel, FROM Israel!

Hopefully, these two men can save Israel by refusing to even discuss the possibility of a Palestinian state next door to Israel.

As we observe the Middle East today, it has come down to the world versus Israel. But, then again, hasn’t it always been? Well, it sure seems like it!

It is impossible for the UN, for Europe, or for the US, to understand having to withstand almost daily attacks, of some kind, somewhere, in Israel by the Islamic terrorists who go by many names, such as Hamas.

Now many of the world’s governments are demanding that Israel recognize and accept Hamas because the “so-called” Palestinians elected Hamas to run what passes for a government in the piece of land they happen to be squatting upon today. Much of the world says Israel has no choice, but, to accept Hamas.

George Mitchell, Obama’s man in the Middle East, says a “Two-State” Policy is the only answer to the conflict. Mr. Mitchell is wrong. Mitchell has made three trips to the Middle East in the few weeks Obama has been President of the US. Obama is desperately seeking a solution that will bring peace to the region. Actually, what they really mean when they say “Peace in the Region” is peace between Israel and the “so-called” Palestinians. Again, we hold the opinion that Mr. Mitchell, Mr. Obama, Mr. Bush, Mrs. Clinton, and Ms. Rice are ALL wrong!

On his most recent trip to the Middle East, Mr. Mitchell spent three days in talks with the Israeli leaders and the “so-called” Palestinian leaders. It is reported that Mitchell said the conflict had gone on too long and the people of that region should not have to wait any longer for a “just” peace that would guarantee security for all of them. That is a wonderful sentiment… but not much else.

Maybe I should explain my frequent use of the term “so-called” Palestinians. See, there have never been a people known as Palestinians. Never. Look it up. You may find that you are surprised by what you learn.

Now, I tend to associate much of what is happening in that region today as being directly connected to bible prophecy. (I can hear the gasps!) Permit me to explain.

I don’t consider myself a “Bible-Thumper” but I do have a background in the evangelical, fundamentalist, Christian religion. One simply cannot be born, and reared, in the Southern part of the United States, without having a passing acquaintance with Protestant fundamentalism. It is impossible to do. In I adulthood, switched to a mainstream protestant faith and associated myself with the Evangelical Lutherans. The point is that during my formative years I was a sponge soaking up all the preaching, and teaching, and just plain “talking” from the adults about Israel and it’s place in history, in our faith, and in the world.

As I grew older, and “the news” became my business, my profession, if you please, I could not avoid noticing so much of what happened in the Middle East came as no surprise to me … but it certainly did to my colleagues in the broadcasting and news business. See, I had being paying attention, as a lad, and now all those pieces of “the puzzle,” that is the Middle East, began falling into place. Here I will date myself by confessing that I had been around for quite some time BEFORE the modern state of Israel was founded. It was hailed, at the time, as the beginning of the end. That is to say… the beginning of the “end-times.” Such an event was, and is, met with great joy by many Christians, especially those with whom I was reared.

So based on what I know, from what I learned as a youngster, and in early adulthood, from the scriptures themselves and from my preachers, teachers, and parents about Israel and her place in the world, I offer you my answer to the Israeli/”So-called” Palestinian question.

There is no answer.

At least, humankind does not have it. People of faith will know exactly what I am saying. You see, the answer is in the hands of Providence, or God, if you choose. All the wheeling and dealing and pleading and begging will bring no peace between those two people who sprang from two half-brothers with the same father and different mothers. I know, I know. I’m getting dangerously close to buttoning on my clerical collar here, and I don’t intend to do so.

Hopefully this piece will give you some insight into why so many Americans find it pure folly for diplomats to run themselves ragged trying to bring peace to that region. They know there will be no peace until the Almighty, Himself, deigns it is time. When that time arrives, believe me when I tell you… you will know it… and you will not need the Mainstream Media to tell you about it!

Until that day, count me among those who count it folly for Mr. Obama, Mr. Mitchell, and Mrs. Clinton to run to and fro on the earth seeking peace for the children of Abraham.

A State Named Palestine Will Bring No Peace To The Middle East!
I could not agree more. However your comment that “It is impossible for the UN, for Europe, or for the US, to understand having to withstand almost daily attacks” I would disagree with.

As a native of Northern Ireland I have lived through the past 30 plus years of the troubles, and have witnessed some of the the most dispicable acts of murder carried out by a terrorist organisation that is responsible for more deaths across this island, or the whole continent, than the self styled ‘religion of peace’.

Unlike the terrorism that is directed at Israel and funded by Iran, Syrian, and Saudi Arabia, Europe’s leading terrorist group was funded by …………